Last season, defensive issues blighted West Ham’s pursuit of a top-half Premier League finish. They eventually ended up in 11th-place, though their goals against record of 64 was the sixth-worst in the division.

Scoring goals wasn’t such an issue – Slaven Bilić's side hit 47, the 11th-highest number in the league – but, rather than rectify the back line, the emphasis this summer appears to be on adding attacking options to ensure that – no matter how many they concede – they will be able to outscore the opposition.

It was recently reported that West Ham have agreed a deal to sign former Manchester United striker Javier Hernández from Bayer Leverkusen. For a transfer fee of £16million, the Mexican hitman will add much-needed quality and quantity up front.

And he could soon be joined by Stoke City forward Marko Arnautović. Purportedly, a bid of £24million for the 28-year-old Austrian has been accepted and, following a medical that was due to take place today, he will soon be playing his football at the London Stadium.

How Could West Ham Line Up In 2016/17? by FootballWhispers

For a total of £40million in transfer fees, West Ham will have two entirely new attacking options to utilise next season. Both players are experienced at Premier League and international level, and both are exciting additions.

A resolutely self-centred, individualistic player, Arnautović found home at Stoke, where his tendencies were not only indulged, but maximised. Throughout the formative stages of his career, the player’s mentality was questioned. Indeed Jose Mourinho, who coached him at Inter Milan, once described him as “having the attitude of a child.”

However, for the past four years the attacker has matured into an effective wide presence on the left-hand side of Mark Hughes’ forward line, providing pace, ingenuity and occasional goal threat.

Arnautović is also a versatile operator – while he has thrived on the left wing at Stoke, he could just as easily be used on the right or through the middle as a centre-forward or second striker. That flexibility will give West Ham tactical choice.

Statistically, he doesn’t come out on top when compared to the Hammers’ star attacking midfielder Manuel Lanzini. 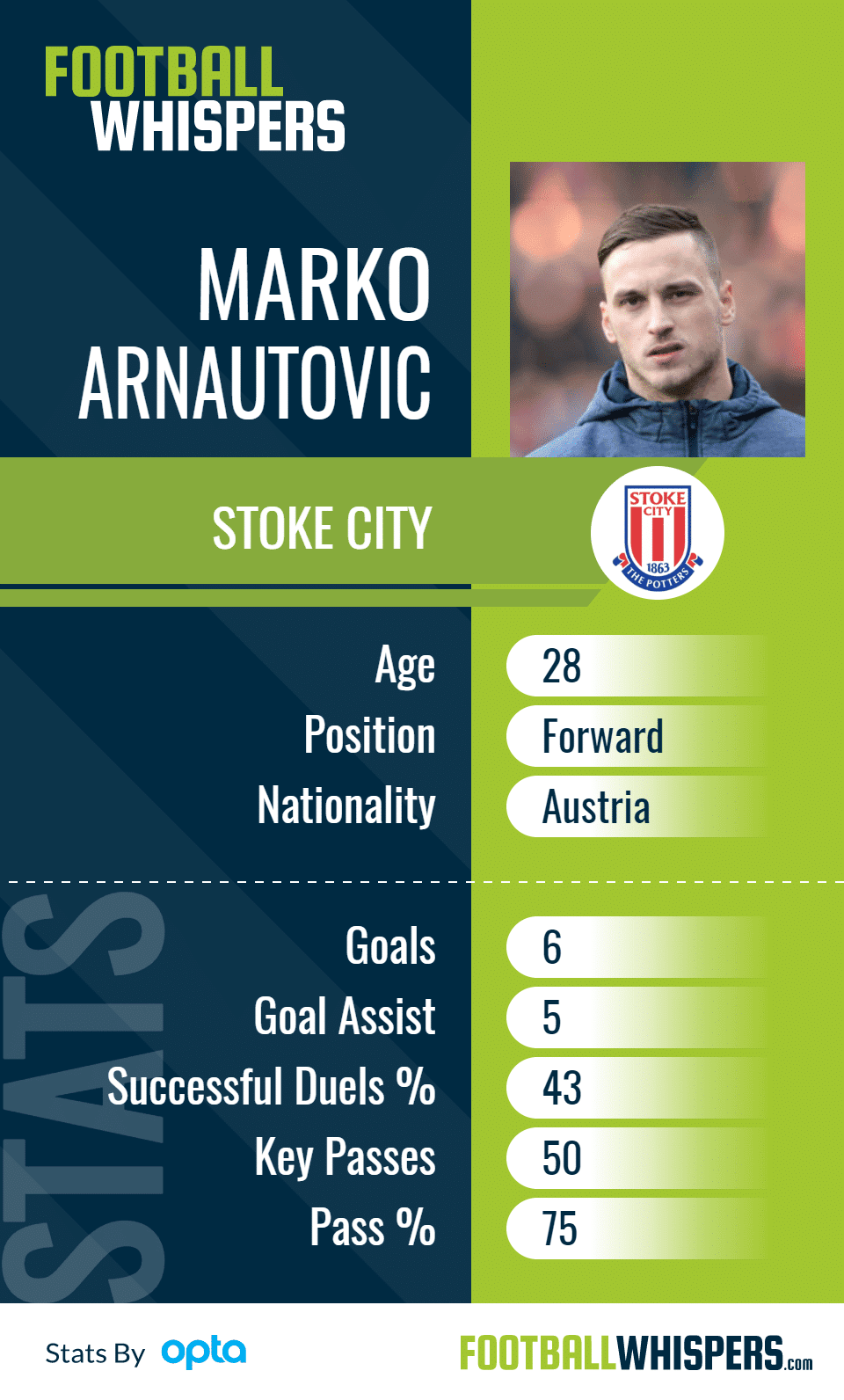 While Arnautović completed more crosses and averaged just as many key passes last season, he averaged far fewer passes per game and did so at a significantly lower success rate. And, on the ball, he completed fewer dribbles per game, was dispossessed more often, and attempted fewer shots.

This comparison shouldn’t lead to any definitive labelling of the Austrian, though. Lanzini was, in the eyes of many, West Ham’s best player last term. And he also played in a team that averaged more possession, pass success and shots per game than Hughes’ Stoke.

In a more cohesive attacking unit that should nonetheless suit his laissez-faire style, it’s fair to expect Arnautović's productivity to increase. That should mean him scoring and assisting more than the 11 league goals he had a hand in last season.

Hernández has been playing in European football for seven seasons. In all bar two of those seasons, he has hit double figures for goals scored. The interesting news for West Ham fans is that his record in the final third has only gotten better with time.

During his five-year spell at Manchester United, the 29-year-old averaged one goal every 2.7 games. He then went out on loan, curiously, to Real Madrid. While essentially acting as an understudy for the Spanish giants, he still managed to average one goal every 3.7 games.

In the summer of 2015, Hernández moved to Leverkusen in the German Bundesliga. There he scored 28 goals in two league seasons, averaging more than a goal in every two games across all competitions. This was his highest average with one club since moving to Europe in 2010.

Meanwhile, he has averaged just under one goal every two games for Mexico, showing his calibre at international level.

Put simply, Hernández is a born scorer of goals, a natural in opposition penalty areas. He possesses a clinical touch that West Ham have been lacking for quite some time, perhaps since Jermain Defoe departed in 2004.

Andy Carroll enjoyed strong form throughout 2016/17, but the new arrival with offer something completely different to Bilić's strikeforce.

Compared to the English target man, Hernández averaged more goals per game despite attempting fewer shots. His shot accuracy was four per cent higher, while he also contributed more in other areas.

The Mexican created more chances than Carroll and, while he averaged fewer passes per game, his pass completion rate was a remarkable 14 per cent higher. Understandably, he won fewer aerial duels per game, but he also completed significantly more dribbles.

Hernández adds a completely different dimension to West Ham’s attack, meaning they no longer have to opt for crosses and direct balls. He has the pace to drag defences apart, the technique to link play up efficiently, and the nose for goal to capitalise on the slightest of opportunities.

HOW WEST HAM’S ATTACK COULD SHAPE UP

Bilić generally prefers to use a rough 4-2-3-1 system, though he did experiment with a 3-4-2-1 last season. Should he continue to opt for the former option, the two new attackers should fit in comfortably.

Arnautović would take up the left wing berth, just as he did within a similar formation at Stoke, while Hernández would lead the line on his own.

The 3-4-2-1 would bring the pairing closer together, with the former operating just behind the latter. However, Bilić may also opt for a strike partnership now he has the quality and quantity to do so.

Whatever the shape or combination, West Ham’s attack will be more potent than it was before thanks to the new arrivals.