When asked to think of talented young Portuguese defensive prospects called Semedo, the first instinct of many would be Benfica’s Nelson, a flying right-back reportedly wanted by many of Europe’s top clubs. However, Sporting Lisbon centre-back Rúben is also attracting serious interest from abroad.

The latest rumours paint him as one of West Ham United’s summer transfer targets, with Slaven Bilić desperately needing to reinforce his back line after a campaign in which the Londoners’ defensive weaknesses often let them down.

The Hammers finished the 2016/17 Premier League season in an underwhelming 11th place. And, while their striking issues continued thanks in the main to the poor form and early departure of Simone Zaza, their leaky defence was a major issue.

Only five teams conceded more than West Ham’s 64 goals – that’s 1.7 goals per game – and two of them were relegated to the Championship. If they wish to return to the top half of the English top flight, improvements will be needed. Hence the interest in Rúben Semedo.

Bilic has, on paper, a decent cast at centre-back. Winston Reid, James Collins and José Fonte are experienced Premier League campaigners, while Angelo Ogbonna has 13 caps for Italy. However, none of the four are long-term options at 28, 33, 33 and 29 years old respectively.

However, Semedo, at 23, is. And he also appears to be a player with plenty of room for further growth, having only truly broken into Sporting’s first team last season after a loan spell with Vitória Setubal. 2016/17 saw him play his first full term of regular football at the top level, and he impressed enough to warrant covetous looks from several foreign clubs.

A number of English clubs, West Ham included, are said to want the Portuguese stopper. Newcastle United would reportedly like to build their survival campaign around him, while Southampton see him as a possible replacement for the almost-certainly outgoing Virgil van Dijk. In Italy, AC Milan are rumoured to have looked at the player.

Overall, Semedo made 31 appearances in all competitions last term. Six of these came in the Champions League, in which he faced off against former Sporting academy graduate Cristiano Ronaldo, among others, when his team took on Real Madrid in the group stages. 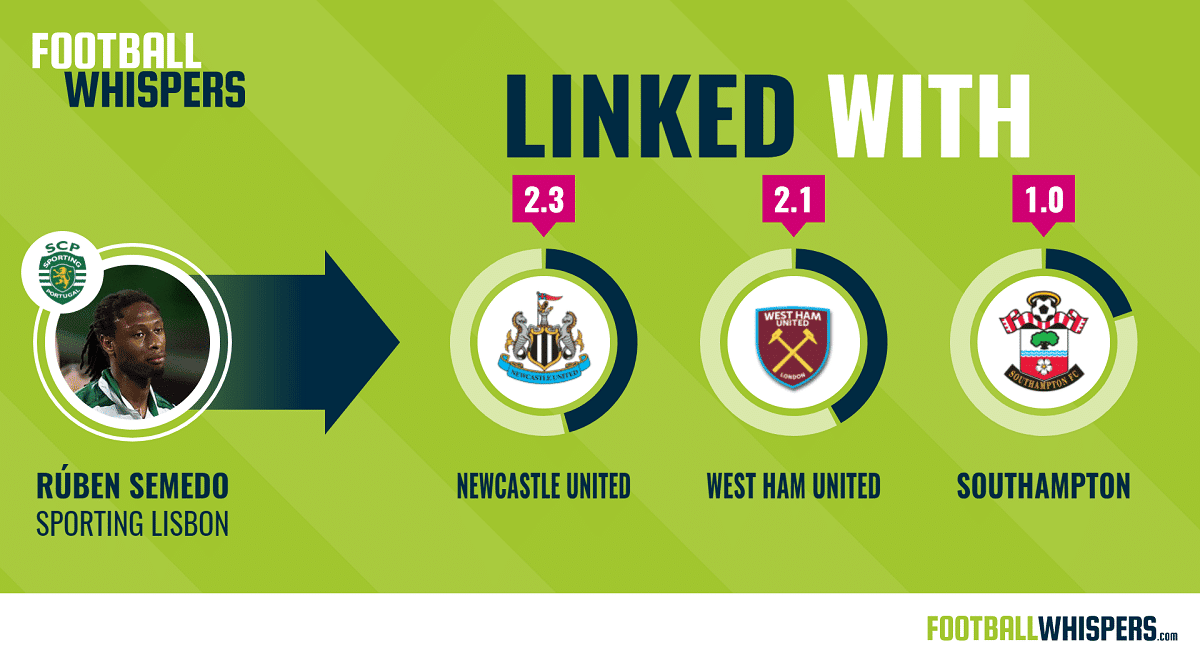 His form at club level led to him being called up to Portugal’s under-21 squad, and he may feature in this summer’s European Under-21 Championship in Poland. And in March he was rewarded with an extended contract that ties him to Sporting until 2022.

That contract includes a €45million release clause potentially designed to ward off interested suitors, though it is now believed that a bid of around €20million would be enough to prise Semedo away from the Portuguese club. The reduced fee is perhaps reflective of the fact the player is more a rough diamond than a guarantee.

In an interview with Football Whispers, Portuguese football expert Tiago Estêvão explained that the player is far from the finished article.

He said: “He’s really quite mistake-prone in two areas. The first one is positionally: Sporting tends to play with a high defensive line and he can often mess up his timings or align himself poorly – these kinds of mistakes are often covered by how quick he is but it’s not ideal.

“The other issue is his aggressiveness. He likes a tackle and can sometimes get carried away. His mistakes led to him being rotated in and out for the latter part of the season and are probably the reason why Sporting are supposedly willing to let him go.”

However, pace and aggression are key traits in the fast and occasionally chaotic environment of Premier League football, meaning Semedo may have the raw traits of a quality centre-back for a club such as West Ham.

Describing him as a “quick, imposing centre-back,” Estêvão was also keen to point out some of the youngster’s other strengths, stating that:

“He is a ball-playing centre-back, has technique above average for his position and is good at carrying the ball in possession into the opponents half if needed. He can also play as a defensive midfielder if need be, although he hasn't done so in way over a year.”

Semedo’s ability to drive forward with the ball at feet and commit opposition centre-backs is highlighted in the below stills, where he carried possession forward to the edge of the Borussia Dortmund penalty area, progressing beyond several markers before laying the ball off to a team-mate. 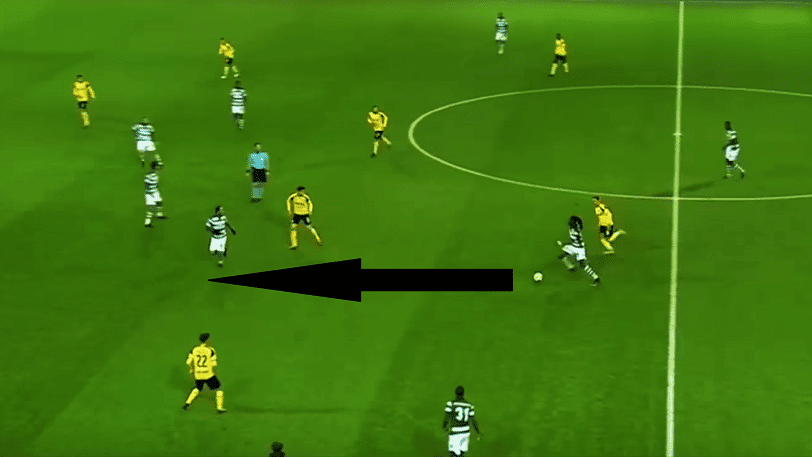 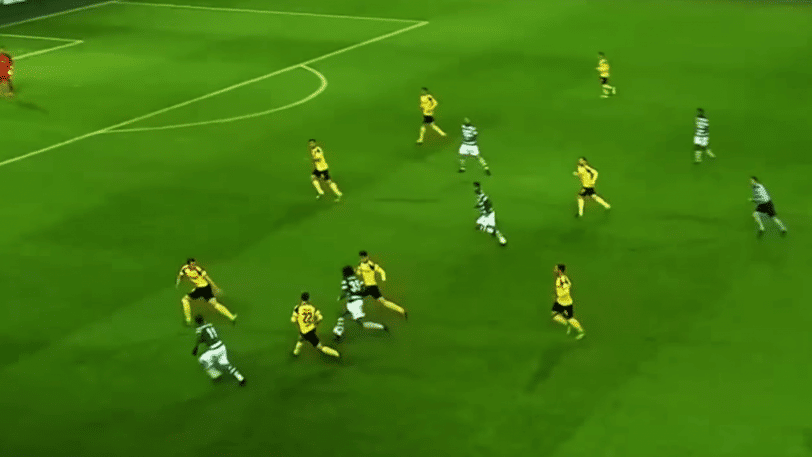 His technical qualities would not be emphasised were he to play the heart of West Ham’s back line, however his mistakes would also be minimised by playing in a deeper defensive line.

It’s also worth noting that statistically higher success percentage than all four.

West Ham want to improve the quality of their defence, and lowering the back lines average age would be a bonus. Semedo would help in both respects.