Real Madrid's three-year monopoly of the Champions League appears under threat this season.

The 13-time champions of Europe are only fifth favourites to retain their crown, with Manchester City, Barcelona, Juventus and Paris Saint-Germain all more favoured by the bookmakers.

The reason for this, it seems, is the loss of their attacking focal point, Cristiano Ronaldo, who joined Juventus this summer, evidencing just how important goal-power is to any side's Champions League hopes.

Here, we run the rule over nine players likely to figure highly in the running to be crowned the competition's top scorer in 2018/19.

The competition's all-time leading scorer and its top marksmen in seven of the last ten seasons, Ronaldo may have switched clubs this summer but he will be just as feared around the Continent as ever.

After getting off the mark for the Bianconeri last weekend, claiming a brace in a 2-1 win over Sassuolo, the Portuguese superstar is up and running for his new club and will take some stopping.

Despite his advancing years – the five-time Ballon d'Or winner is 33 – Ronaldo had the highest expected goals (xG) per 90 minutes average of any player with over 1000 minutes played in Europe's five major league's last season.

He may not dribble or create as much as he used to, but he still very much knows how to seek and dispatch scoring chances.

Indeed, as the above Team Persona radar shows, Juventus have upped their crossing game to make full use of Ronaldo's aerial gifts.

Snubbed in the voting for the 2018 FIFA Best Award, knocked off the podium by Ronaldo, Luka Modrić and Mohamed Salah, Barcelona ace Messi may feel he has a point to prove for the first time in years.

The Argentine genius was in superlative form last season, scoring 45 goals and registering 18 assists to help Barça secure a domestic double. But the Catalan giants' underperformance in the Champions League, where they were eliminated at the quarter-final stage by Roma, has seen his efforts fail to receive the deserved credit.

Messi has vowed Barcelona will channel all their focus into attaining Champions League glory this term, and that means the 31-year-old will be more determined than ever to find the net regularly in the competition only Ronaldo boasts more goals in.

At the World Cup in Russia this summer, England striker Kane demonstrated his ability to score goals at the very highest level, claiming the Golden Boot with a haul of six.

With no signings made ahead of the new campaign, Tottenham will not be considered true Champions League contenders by many. But, as Kane showed at the World Cup, where he'd scored all his goals by the quarter-finals, a deep run isn't always a pre-requisite of a tournament's top marksmen.

No player in Europe's five major leagues accumulated a higher xG total that Kane last season (25.4) as he broke the 30-league-goals barrier for the first time in his career.

While many suggest the striker looks jaded early in 2018/19 after another busy summer, the 25-year-old is traditionally a slow starter.

If Kane is able to find his best goal-getting form in Europe, he has the ability to threaten Ronaldo's monopoly at the top of the scoring charts. 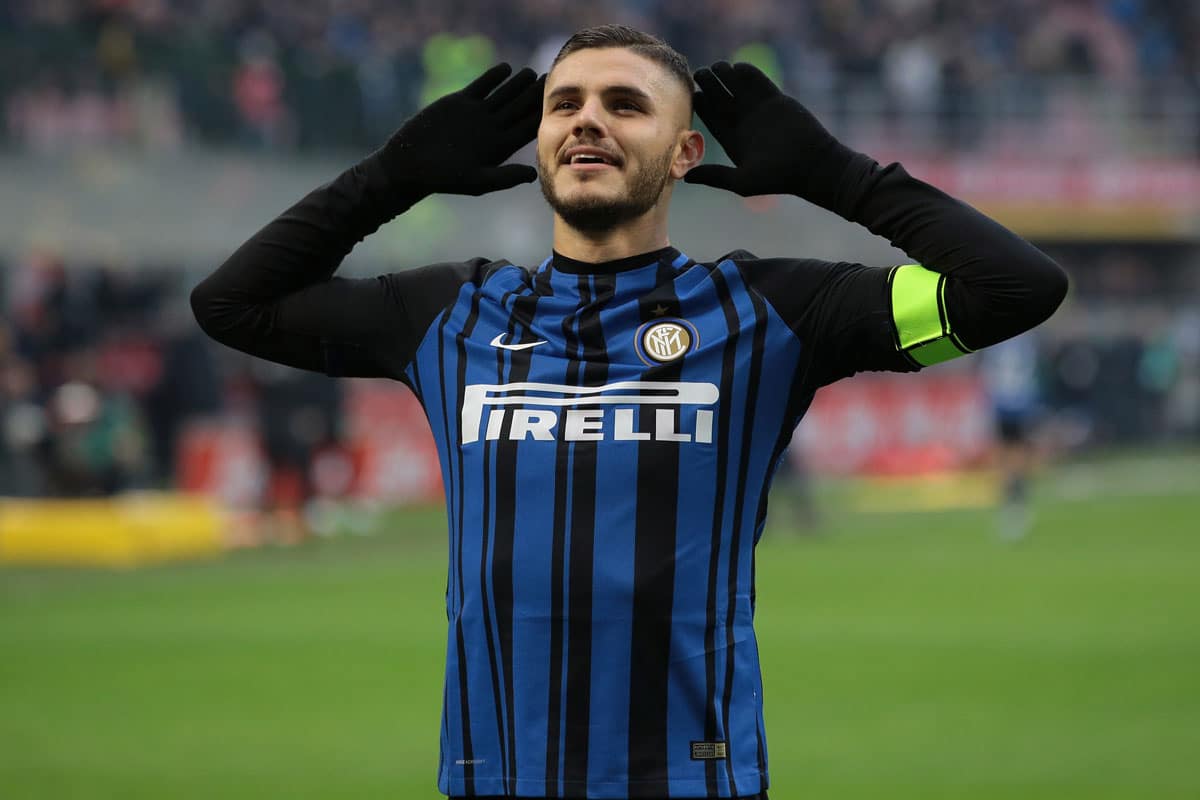 Remarkably, 25-year-old Inter captain Icardi is set to make his Champions League debut when the Italian giants host Tottenham at the San Siro on Tuesday night.

Although he may be new to Europe's premier club competition, Icardi has been regarded as one of the game's foremost goalscorers for some time, twice finishing as Serie A's top marksman.

As dangerous within 20 yards of goal as any player on the planet, the Argentine netted a career-high 29 times last term. Yet to open his account this term, he will be like a coiled spring when the Champions League begins, ready to announce his arrival.

As the all-time top scorer of the current tournament favourites, Agüero has to be considered among the contenders to claim this season's Champions League Golden Boot.

The former Atlético Madrid man has already hit five goals in five games this term and, at 30, looks better than ever, having improved his all-round game under the tutelage of Pep Guardiola.

City are expected to go far in the Champions League this year, and Agüero's scoring prowess will be key to their hopes.

After impressing with Uruguay at the World Cup in Russia this summer, where his injury absence effectively ended the Celeste‘s hopes of progress beyond the quarter-finals, Cavani is ready to spearhead PSG's quest for Champions League glory.

Blessed with arguably the most-astute final-third movement of any elite striker in world football, the 31-year-old has been at his prolific best since escaping the shadow of Zlatan Ibrahimović at the Parc des Princes, scoring a frankly ridiculous 89 goals in the last two seasons.

With two in two already this term, and backed up by Neymar and Kylian Mbappé, Cavani is ready to help PSG make a run at Europe's top prize.

Who knows what could have been had Salah not had to leave the field with a shoulder injury early in the first half of last season's Champions League final.

The 26-year-old Egyptian was in the form of his life, having scored 44 times in his maiden campaign with Liverpool, before Sergio Ramos' challenge injured his shoulder.

In five games so far this season, Salah has failed to recapture his scoring form of last term, hitting the net just twice. But the former Roma man has been finding chances with encouraging regularity and his prolific touch will surely soon return.

Indeed, Salah's per-90 average for post-shot xG – a metric which measures shot quality – has actually improved, up from 0.71 to 0.74. It's only a matter of time, it seems, before Salah is troubling the top end of the scoring charts again.

Nobody has come closer to matching the goals-returns of Ronaldo and Messi over the last three years than Bayern superstar Lewandowski.

The Polish striker has broken the 40-goal barrier in each of the last three campaigns and, at 30, is at the peak of his powers.

Linked with a move away from the Allianz Arena over the summer – even being touted as a possible Ronaldo replacement at Madrid – Lewandowski has stayed with the German champions, for whom he has already scored six times in five appearances this season.

Perennial semi-finalsists, Lewandowski will get plenty of Champions League minutes with Bayern again this season.

A losing Champions League finalist in 2014, somewhat unfairly, Griezmann's ability to produce the goods in major finals became the main bone of contention for his critics.

That, though, can no longer be the case. Earlier this year, within the space of two months, Griezmann obliterated any such accusations.

First, in the Europa League final on May 16, the Frenchman bagged a brace to help Atleti see off Marseille. Then, on July 15, Griezmann confidently dispatched a penalty as France beat Croatia in the World Cup final.

After turning down a move to Barcelona, and with his big-game temperament no longer a concern, Griezmann is poised to help Atlético go one better than 2016.