Newcastle United manager Rafa Benítez is seeking £100million to spend and wants to bring in no fewer than seven new players this summer, according to the Daily Mirror.

The Spaniard has successfully steered the club back into the Premier League at the first time of asking, securing second place in the Championship secured with an impressive 4-1 victory over Preston North End at St. James’ Park on Monday night.

However, having achieved promotion, Benítez now wants to significantly strengthen the quality of his squad as he attempts to secure Newcastle’s future in the top tier of English football.

But does the former Liverpool and Valencia boss have a case for being handed extra funds? Here we answer that question by assessing his work in the transfer market last summer.

Christian Atsu is one of the many players Chelsea have out on loan at present and the Magpies have the option to buy the former Porto prodigy.

But the Ghanian is unlikely to get a chance at first team football with his parent club after an inconsistent campaign with Newcastle.

The 25-year-old winger has scored four goals – including the second in Monday's promotion-clinching win – and assisted for three in 30 league appearances, though he has often featured as a substitute.

An experienced Premier League centre-back who featured for the Republic of Ireland during their enthralling Euro 2016 campaign last year, Ciaran Clark was brought in from Aston Villa for a £5million fee. He hasn’t disappointed.

Newcastle’s defence needed a refresh and the 27-year-old – who has also played at left-back during his career – has provided just that, putting in some assured displays at the heart of Benítez’s back four and forming a sound partnership with captain Jamaal Lascelles.

Mohamed Diamé was integral to Hull City's promotion last season, showcasing a potent combination of strength, dynamism and aggression in an attacking midfield role. He scored nine league goals and was poised to be a key player in the Premier League before Newcastle came calling.

However, since completing a £4.5million move to Newcastle the 29-year-old has been unable to recapture his finest form. He was left on the bench for the all-important win over Preston and it remains to be seen if he will regain a starting spot for next season.

Benítez has made a habit of signing compatriots at every club he has managed. He took Xabi Alonso and Luis García with him to Liverpool, and José Callejón to Napoli. Generally, the moves have worked out, though his signature of Jesus Gamez for Newcastle has not.

The 32-year-old right-back came with an excellent pedigree having spent the previous two years at Atletíco Madrid under Diego Simeone. But has been unable to assert himself upon the first team at St. James’ Park with midfielder Vurnon Anita often filling in as a makeshift defender.

There were some raised eyebrows when Dwight Gayle arrived at Newcastle last July for a transfer fee of £10million. But the striker has more than justified the price paid to sign him, hitting 22 goals in 31 league appearances.

At 27 years of age, questions remain over whether he can make the step up to the Premier League having failed to score consistently during three seasons at Crystal Palace. 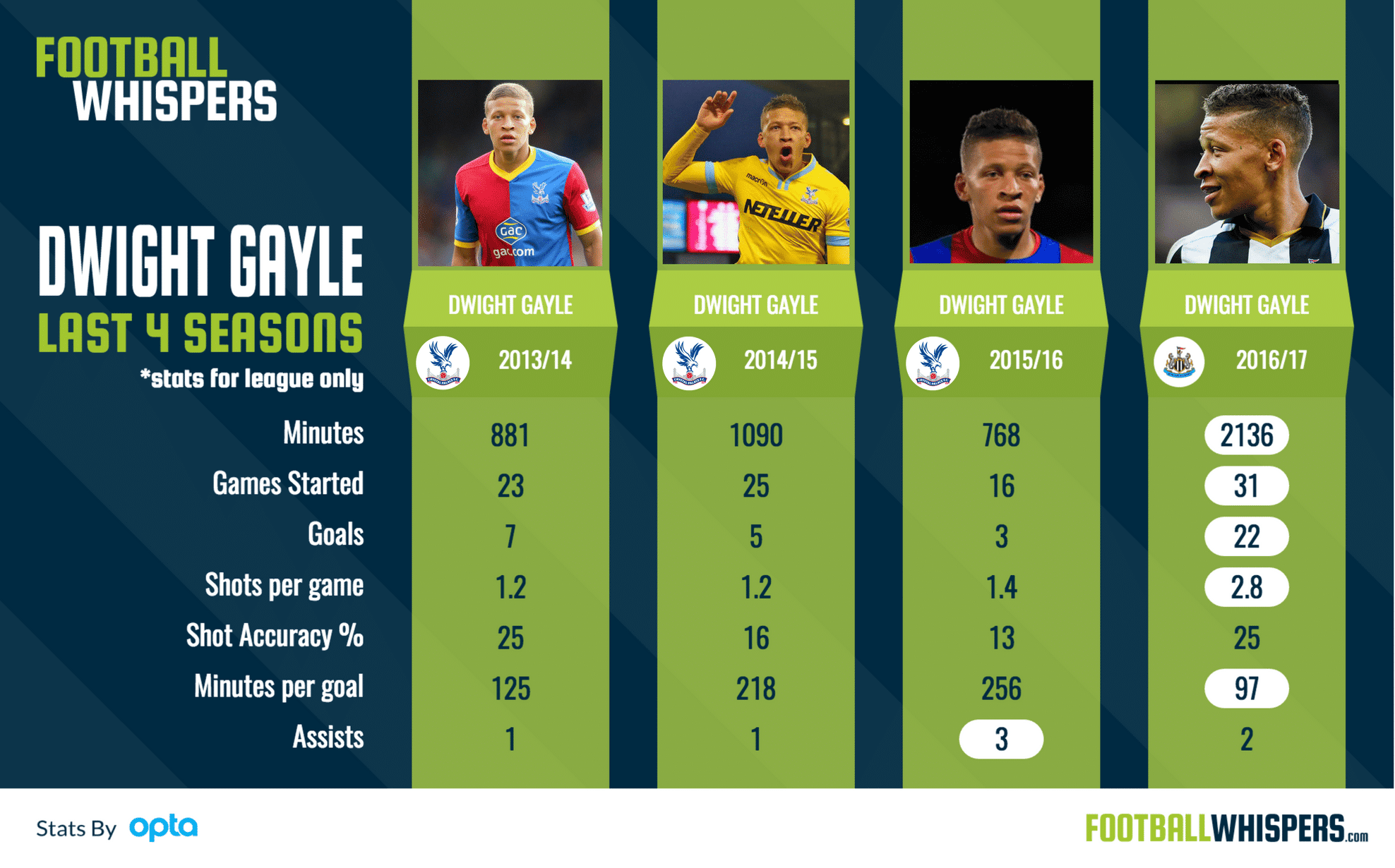 READ MORE: 5 musts for rafa benitez in the premier league

However, entering his prime years with confidence and a settled place in the starting lineup, there is reason for optimism he will prove more effective second time around.

An uncompromising central defender, Grant Hanley established himself as a solid Championship player with Blackburn. However, despite his understanding of the division, as well as his 27 international caps for Scotland, he has rarely featured since joining Newcastle last summer.

He has made just five starts, generally acting as back-up to Clark and Lascelles, and his technical and athletic limitations mean he is not likely to play more games once Benítez’s side are in the Premier League.

Isaac Hayden on Newcastle's promotion: "I’d definitely put it up there as the best moment of my career." pic.twitter.com/IXqmsRsyeS

While he wasn’t the most intriguing signing Newcastle made last summer, Isaac Hayden has perhaps been the best value for money. He arrived for a fee of £2.5million from Arsenal to little fanfare, but has managed to nail down a central midfield berth alongside Jonjo Shelvey.

Having averaged 2.1 tackles and 1.6 interceptions per game, the former Gunners has been Benítez’s shrewdest capture and, at just 22 years of age, he has plenty of upside.

Achraf Lazaar was seen as a talented and attack-minded left-back set for bigger things during his time with perennial Serie A strugglers Palermo. But he hasn’t lived up his billing in any way, shape or form since leaving for Newcastle in a £3million transfer.

The Moroccan hasn’t started a single league game for Benítez’s side, making just four substitute appearances and often failing to make the bench.

Just Published Newcastle star Daryl Murphy: What I think of our promotion chances after… https://t.co/h6Y1wNsO7m Pls leave a comment pic.twitter.com/BnM8gFZuBc

Daryl Murphy is a Championship specialist. In 2006/07 he scored ten league goals to help Sunderland into the Premier League, but proceeded to find the net just three times in the following three years for the Black Cats.

And, after failing to make an impact at Celtic in the Scottish Premiership, he re-established himself in the English second tier with 67 goals in four-and-a-half years at Ipswich.

The reasons for Newcastle signing him were clear, but at 34 years of age and having joined for a not insignificant £3.5million fee, the Irish striker has made just six league starts, scoring five times.

Matt Ritchie banned for two matches – and who could play centre-back at Cardiff https://t.co/lFwheHavEl pic.twitter.com/4lIi8WBG85

After a positive debut campaign of first team football in the Premier League with Bournemouth, Matt Ritchie decided to step down a division to join Newcastle in a £12million deal.

And the Scottish winger has backed up the substantial fee with some impressive performances. He has scored 12 goals, set up a further seven, and has been one of Benítez’s most consistent creative outlets playing off of Gayle.

The fact that Matz Sels deleted his Twitter account earlier this season following the mistake that led to his conceding a late equaliser in a 1-1 draw with Aston Villa last September gives a good indication as to how the goalkeeper’s first season at Newcastle has gone.

A key player for Gent in their run to the 2015/16 Champions League knockout stages and an occasional member of the Belgian national team squad, the 25-year-old has looked shaky since joining the Magpies in a £4.5million deal, losing his place to Karl Darlow.

how rafa benitez has turned newcastle around in a year

Signed on the same day that Daryl Janmaat left for Watford, DeAndre Yedlin was clearly brought in to fill Newcastle’s right-back berth. And the American has done just that, with some vibrant attacking displays.

With serious pace, the 23-year-old is the classic modern full-back and could yet make the grade as a Premier League player having had disappointing spells with Tottenham Hotspur and Sunderland.