Former Manchester United manager José Mourinho campaigned for a new central defender to be signed last summer, outlining several key targets, all of whom reportedly vetoed by the club's board.

Although the Portuguese coach is no longer in charge at Old Trafford, it seems defensive reinforcements are still on the agenda for the 20-time champions, who could even make a move in January to bolster their backline.

Most of the centre-backs linked with United of late ply their trade in Serie A, with the Reds Devils apparently monitoring the Italian top flight's best and brightest in the position.

The latest name mentioned is that of Kostas Manolas, the Roma man reportedly valued at around £32million.

Fiorentina's Nikola Milinković has been the subject of swap-deal speculation, while Kalidou Koulibaly of Napoli and Inter Milan's Milan Škriniar could each command fees that would set a new world record or a defender. 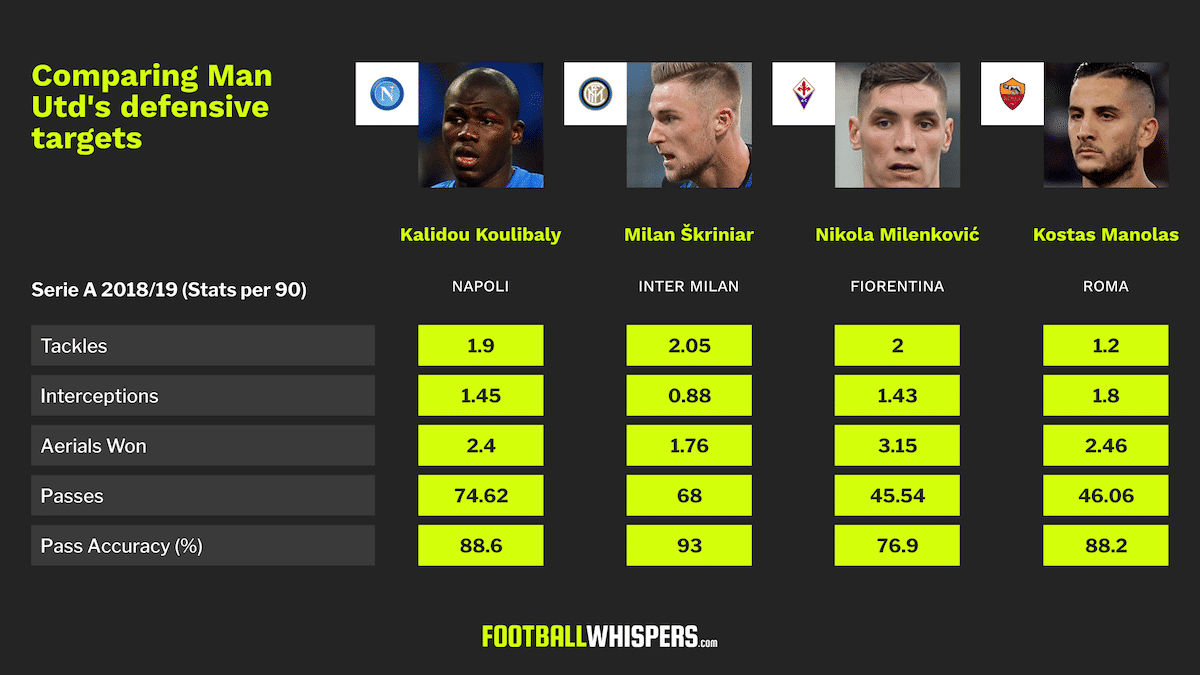 Any of the four would undoubtedly be an upgrade on United's current options in the position, each posting impressive numbers when it comes to ball recoveries and aerial dominance.

However, with the modern game placing increasing importance centre-backs who can bring the ball out from deep and begin attacking moves with incisive forward passes, it is Koulibaly and Škriniar who stand out for their distribution, which is why the pair of valued highest of those currently under consideration at Old Trafford.