Last season, West Ham’s quest for a Champions League qualification berth was essentially upended by a leaky defence. Only three teams scored more goals than the Hammers’ 65, but their defensive record was the third-worst in the Premier League’s top half. This issue has persisted into the current campaign, with Slaven Bilić’s side conceding 43 goals thus far, the sixth-worst tally in the entire division.

In 25 league fixtures, West Ham have kept just six clean sheets. Meanwhile, they have let in three or more goals on seven different occasions, including consecutive 4-2 defeats to West Brom and Watford, as well as crushing 5-1 and 4-0 losses to Arsenal and Manchester City respectively. And, having kept only one clean sheet in five league games in 2017, it is clear that the problem is an ongoing one.

While their form has gradually improved and they now sit in a comfortable 10th place, an improved defence would greatly enhance the Hammers’ prospects of further progress. However, in order to make such improvements, they must first identify exactly what the roots of the problem are.

INCONSISTENCY IN THE DEFENSIVE LINE

One of the most obvious issues concerning West Ham’s defence this season has been inconsistency in tactics and changes in player selections. 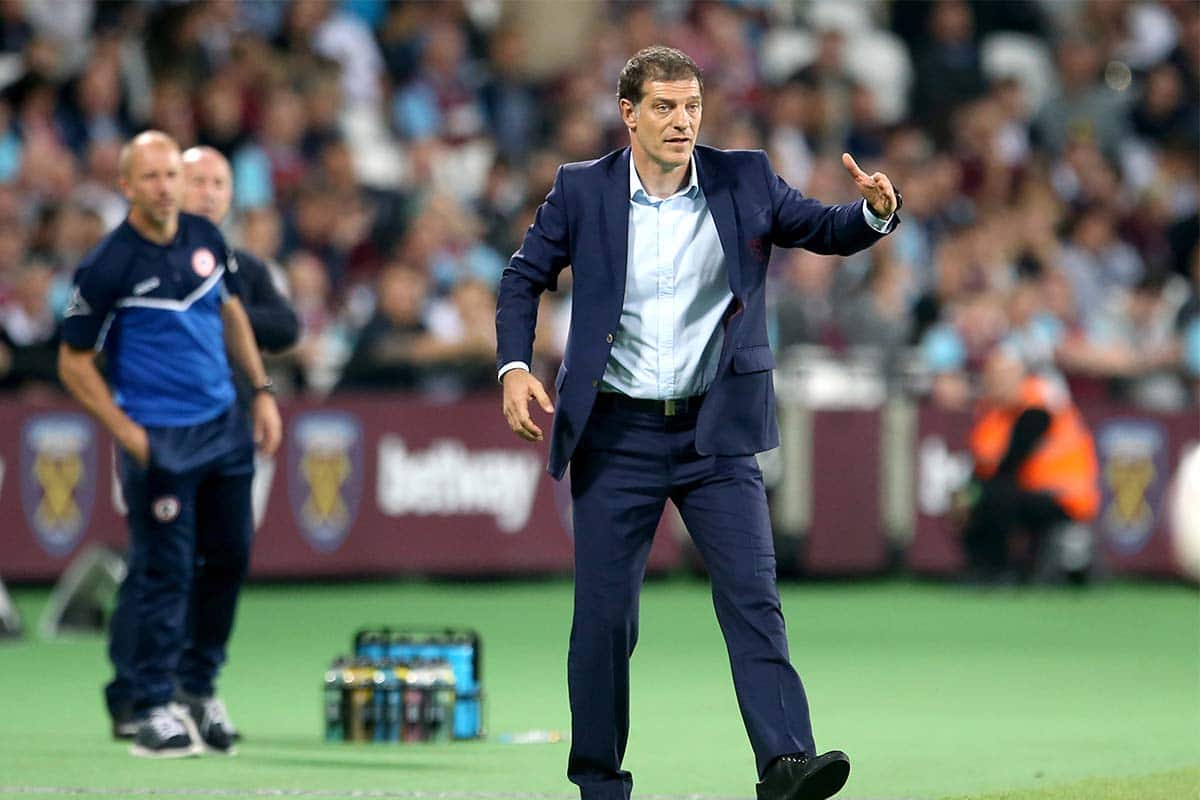 Bilić has chopped and changed frequently between a back three and back four depending on the opponent and the situation, even switching between the two setups during games. Few teams and coaches are genuinely capable of pulling this off on a regular basis. Indeed, even some of the best teams in the Premier League, including Liverpool, Manchester City and Manchester United, have encountered difficulty when modifying their choice of back line.

Constantly altering between a three and a four-man defensive line can create confusion as each line requires different spacing between the players within it, as well as different responsibilities for each individual within the line. Considering the lack of organisation often on show at the back this term, West Ham appear to have suffered in this respect.

But their lack of cohesion at the back may also be the result of regular personnel turnover. Winston Reid, Angelo Ogbonna, James Collins and Cheikhou Kouyaté have all featured at centre-back at various intervals this season, and more recently January addition Jose Fonte has been brought in. Elsewhere, the goalkeeping position has gone from Adrián to Darren Randolph, and the right-back berth has been rotated between Sam Byram, Michail Antonio and Håvard Nordveit. 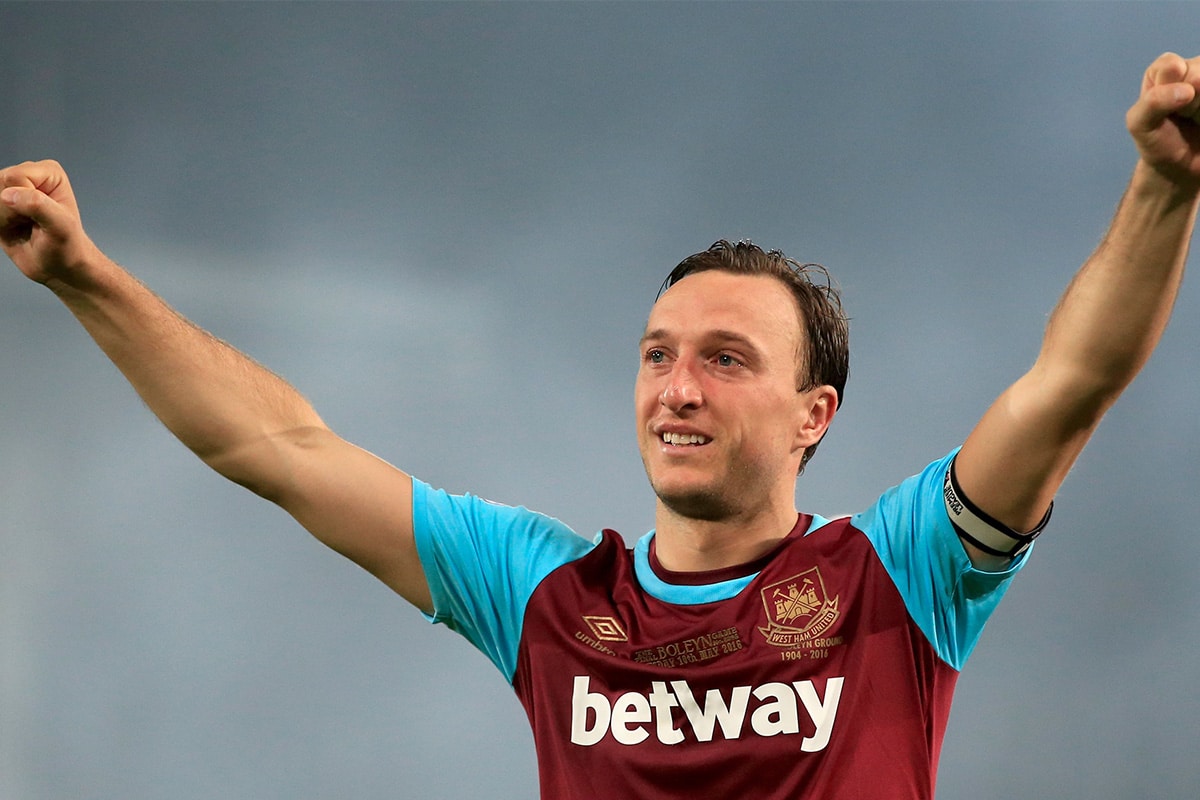 A poor goals conceded record can’t be blamed solely on the back line. The defenders, like all players within the team, also depend upon those around them. In this sense, West Ham’s defensive line has at times been let down by those directly in front of them.

For all the uncertainty regarding who plays in defence, and whether they play in a three or four-man line, Bilić has been consistent with his central midfield choices, usually opting for two out of Kouyaté, Mark Noble and Pedro Obiang, with the latter two forming a pairing in recent weeks. However, while Obiang has shown himself to be a capable addition to the starting lineup after making just 11 starts in his debut season at the club, Kouyaté and Noble’s form has dropped.

Defensively, both players have completed significantly fewer tackles per game this term, while the number of interceptions made by Noble has halved from 2.2 to 1.1 per game. Considering West Ham have averaged less ball possession in 2016-17 when compared to 2015-16 and therefore have had to do more defensive work, it speaks volumes that two of their key central midfield options’ most important defensive numbers have dropped.

Poor positioning, incoherent pressing and bad decision making have all been prevalent in Bilić’s midfield, with one example coming in the recent 2-2 draw at home to West Brom. Noble passed to Sofiane Feghouli on the edge of his own penalty box and made a run to the Algerian’s right, only for the pass not to safely reach the target. West Brom intercepted, and Nacer Chadli went on to open the scoring.

Interestingly, 59 per cent of the shots against West Ham this season have come from inside the 18-yard box. No other Premier League team has allowed more shots from this area. This statistic highlights the fact that it is too easy for opponents to break into the Hammers’ penalty area, something that no doubt ties into the lack of protection provided by those in front of the defensive line.

Bilić must look to prevent opposition teams from getting into his side’s danger area with such regularity if West Ham’s defensive record is to improve in future. 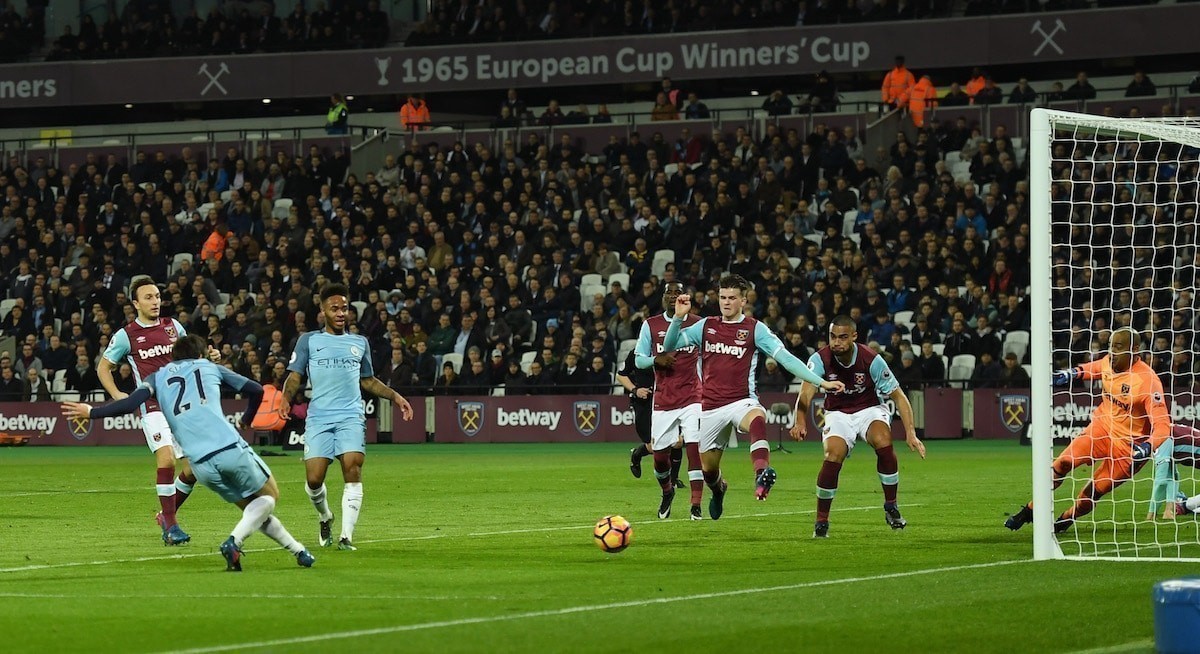 In their latest defeat to Manchester City, one of the glaring issues with West Ham’s play was a serious lack of compactness. Compactness is a valuable trait within a team defensively—through reducing the distance between individual players and the team’s lines of defence, midfield and attack, they can be harder to break down. Without it, it becomes harder not only to retain or win back possession, but it also becomes much easier to penetrate the team’s defensive shape.

The gap between West Ham’s defensive and midfield lines is particularly worrying, as it often leaves opposition attackers with far too much space to exploit and time to pick a pass, run forward, or get a shot off. This problem begins when Bilić’s side have possession, however. With too few men around the ball, there are not enough safeguards in close proximity to win back possession, quell subsequent counter-attacks or force the opposition backwards or sideways.

If West Ham are to make fewer individual mistakes and defend better as a collective, they must first look to address their existing lack of compactness.