Real Madrid travelled to Málaga last Sunday in full knowledge that anything other than defeat would seal the La Liga title. Inside two minutes they were 1-0 up and on their way to a victory that would guarantee said title.

That opening goal was, unsurprisingly, scored by Cristiano Ronaldo. But Isco was its true inspiration.

Immediately prior to landing up in Madrid, the Spanish playmaker enjoyed two formative seasons at La Rosaleda between 2011 and 2013. Thus it was beautifully apt that it would be he who kicked off the victory celebrations in the very same stadium last weekend.

Jumping on a loose ball just inside the home side’s half, he controlled with one touch, instantly assessing the situation. With one Málaga centre-back out of position, he saw an opening and threaded a wonderfully weighted through ball to put Ronaldo in on goal. The rest was a formality.

Real Madrid went on to win 2-0, trumping Barcelona to the title and setting up the possibility of a historic league and Champions League double when they face Italian champions Juventus on 3 June. With Isco in form, that possibility is markedly greater.

Mere months ago, Isco was reportedly on his way out. Too often left on the substitutes’ bench, he had become synonymous with the ‘B team’ trotted out by Zinedine Zidane for domestic occasions. While he showed his class in brief moments, those moments were all too rare.

Some suggested a summer move would have reignited the player’s career. At 25 years of age, on the cusp of entering his prime, such notions were perhaps not far off. He was purported to be a Chelsea transfer target, though others in England, Italy and Spain were linked. For a short while, his departure seemed almost inevitable.

But, in the last two months or so, Isco has turned his Real Madrid career around, re-establishing himself with a series of productive performances to help his side both domestically and on the continent. 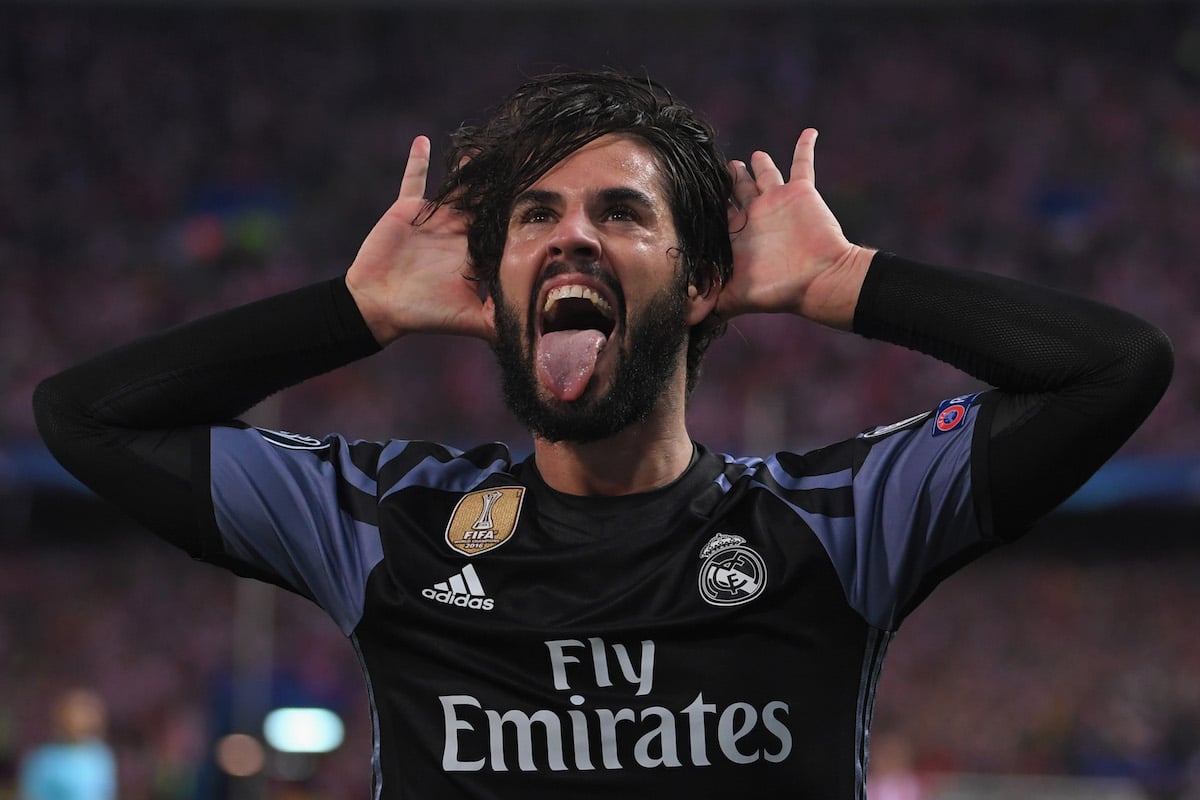 He scored twice, including a stoppage-time match-winner, to seal a 3-2 victory away to Sporting Gijon. He started in both of the key Champions League clashes with Atletico Madrid, finding the net in timely fashion to score a crucial away goal in the second leg at the Vicente Calderón stadium. He then assisted for Ronaldo’s opening goals in the wins over Celta de Vigo and Málaga.

All of a sudden, Isco is in fine fettle. In his eight starts for the Spanish champions since the beginning of April, he has scored five goals and set up three. And, most promisingly, he has found a pivotal new role in Zidane’s new system.

ISCO’S ROLE IN THE TACTICAL CHANGE

Initially aided both by injuries to the likes of Gareth Bale and James Rodríguez and by the rotation policy of his manager, Isco was handed opportunities to shine. However, having definitively shown himself to be an effective member of the team, he has been given a prominent role within the 4-3-1-2 shape utilised recently.

Zidane implemented the shape for the Champions League semi-final first leg against city rivals Atletico and has stuck by it for the most part since; it’s deployment being the latest development in a team built increasingly on functionality rather than star status and individuality.

Within the new shape, the conventional midfield trident is retained, with Toni Kroos and Luka Modrić sitting on either side of the deeper-lying Casemiro. However, this becomes a diamond with the introduction of Isco in the hole between the midfield trio and an attacking duet of Ronaldo and Karim Benzema.

The new role suits the 25-year-old from a stylistic standpoint. He lacks the pure speed, physicality and explosiveness of Bale or Ronaldo, but he’s also far too forward-thinking to enjoy playing in central midfield, where the defensive restraints and positional discipline placed upon him limit his natural inclination to create.

Operating in the attacking midfield position offers him a sizeable portion of license to roam, allowing him to occupy different areas of the pitch depending on the circumstance. It also enables him to play a more important part in the construction of attacks, and the progression of moves into the final third.

Isco’s mobility is married with an innate sense of where to be, and at what time to be there. These traits are well served by his new role, where he acts as a connection between midfield and attack. An example of this is shown below, where he takes up space between the opposition’s lines, in so doing offering a penetrative forward pass for Modrić to exploit. 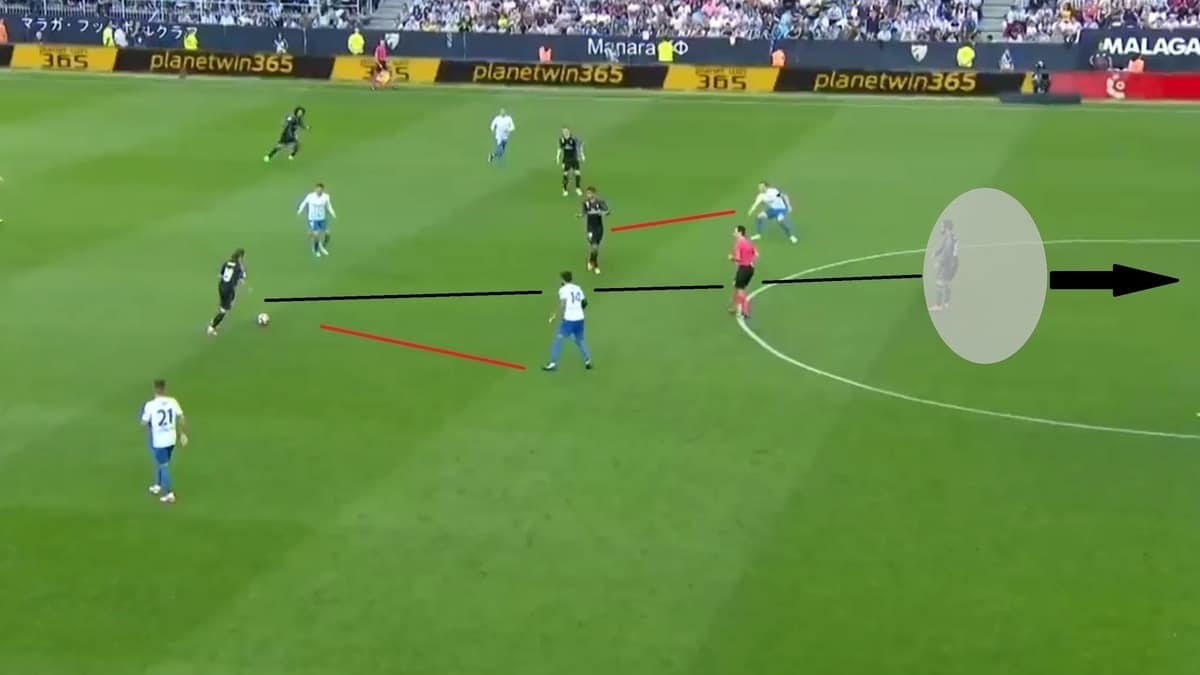 With positional fluidity, the Spaniard isn’t required to remain central, however. As shown in the images below, he is also free to take up wider starting points, from where he can drive inside into the half-space, commit defenders, and combine with team-mates through one-twos to overload defences and create the free man. 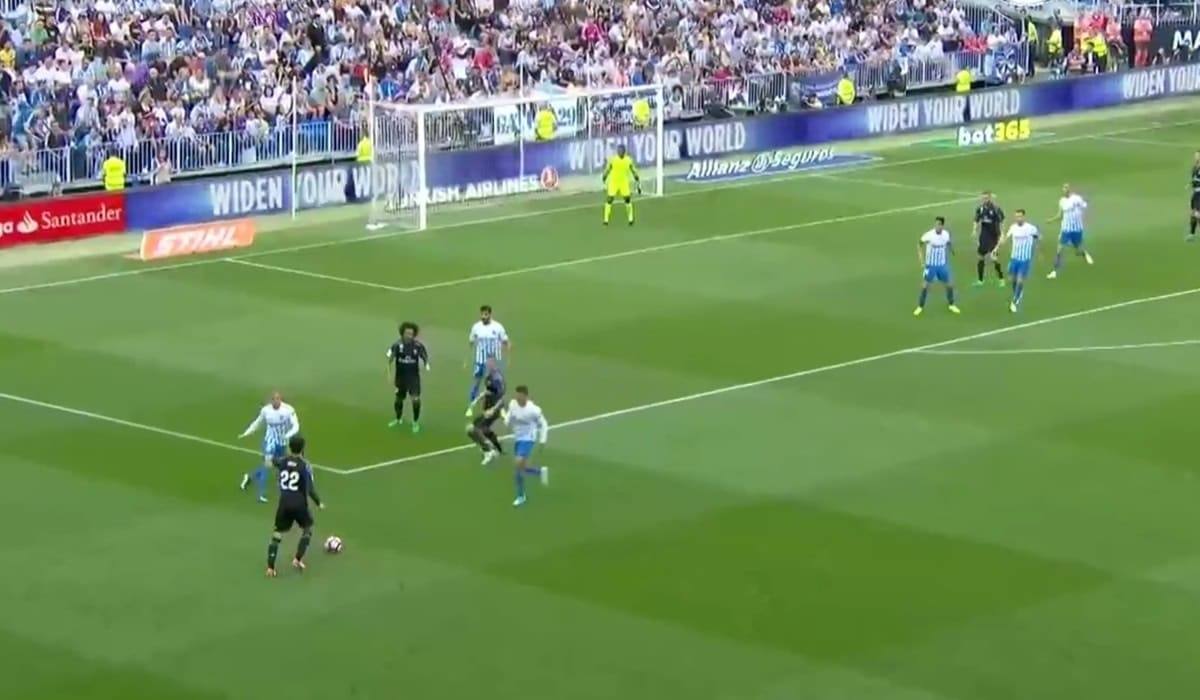 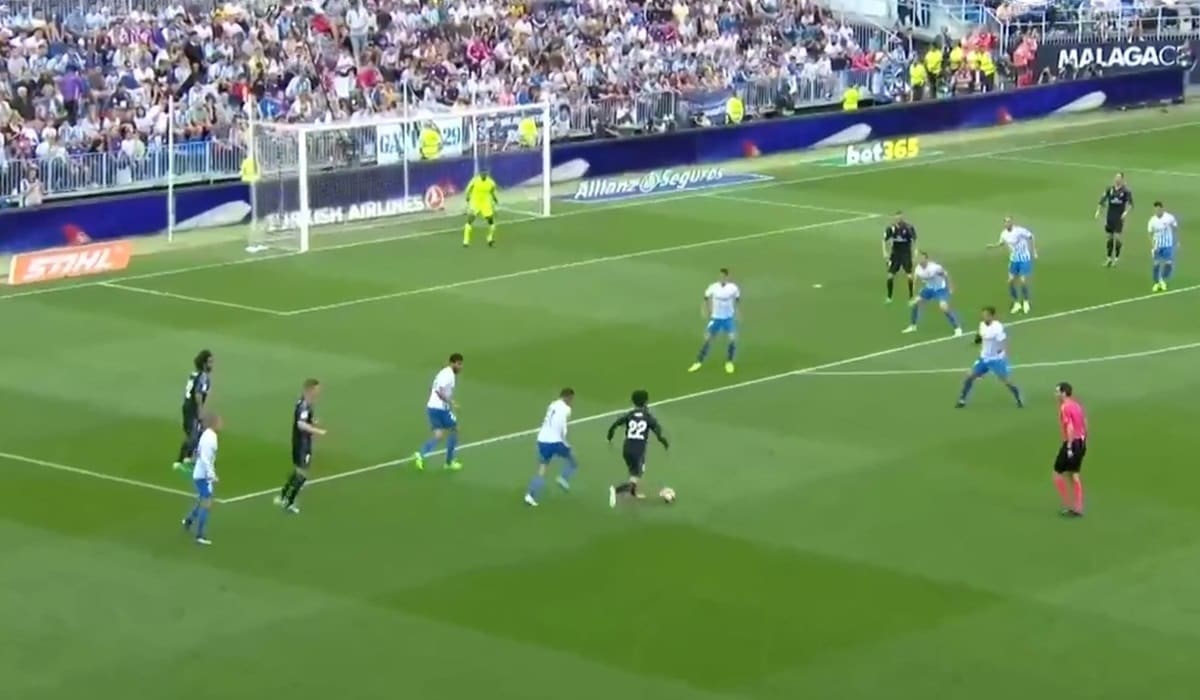 Often, particularly in the early stages of Real Madrid’s possession, Isco will be less expansive in his movement and stay local to the ball. By remaining closer to his deeper team-mates he ensures a compact shape, making possession safer not only as there are a greater quantity of players around the ball, but because the players are layered, creating angles for multiple passing lanes.

The former Málaga man also remains deeper defensively, once again to ensure compactness and make Zidane’s side more difficult to break down. An example of his commitment without the ball is shown below, where he anticipates and tracks the run of his opponent. 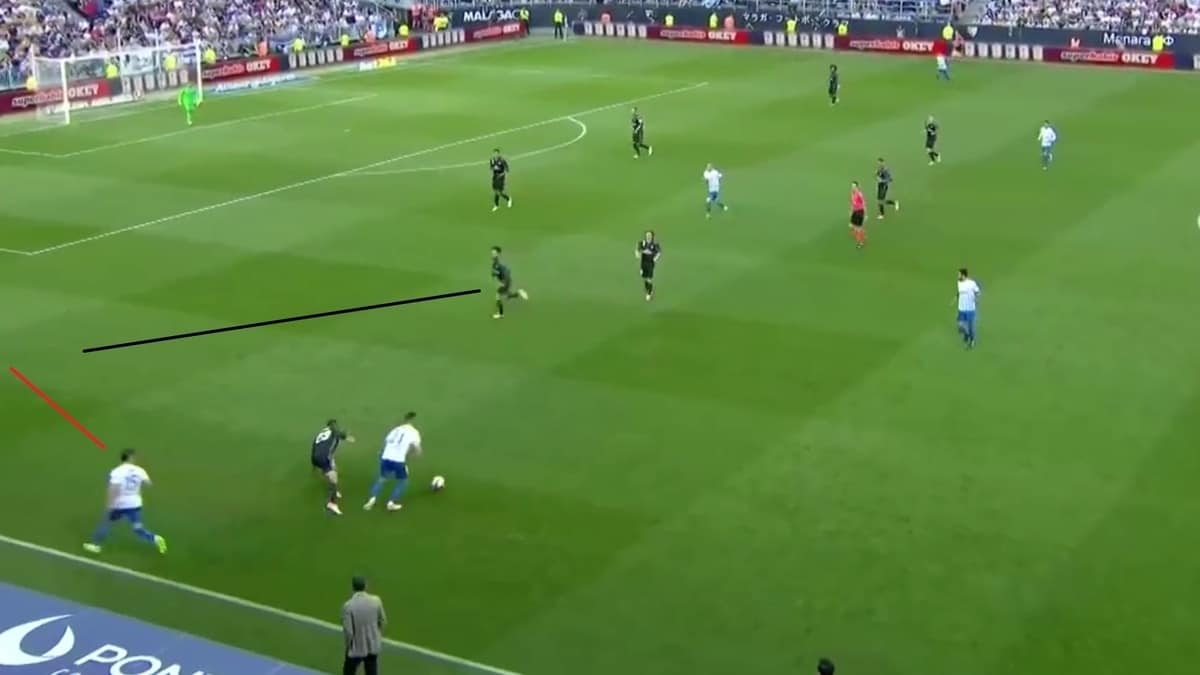 But another benefit of this is that, due to his closeness to Modrić, Kroos and Casemiro in these situations, when the ball is won back he offers an instant outlet, receiving possession and looking to turn it into a counter-attack.

The benefits Isco brings to his team’s play were best described by El Pais’ Eleonora Giovio following Real Madrid’s 3-2 win over Villarreal this term. Giovio wrote that the player “broke the lines and opened up the pitch.”

Bale may well return from injury in time for Real Madrid’s Champions League final clash with Juventus, but there is absolutely no certainty that he will start. Indeed, the more likely scenario is that Zidane persists with the 4-3-1-2 system, and Isco continues in his newfound role.

And this could be an image of the future, with the player keen to quash speculation regarding where he will be next season following the title victory.