After their fairytale Premier League triumph last season, it was perhaps somewhat inevitable that Leicester City would be hit with a comedown.

But it’s safe to say that the Foxes would have expected to be faring significantly better than their current 15th place after 21 games of their first ever top-division title defence.

Claudio Ranieri’s men won the hearts of the nation as the plucky underdog standing up to the schoolyard bullies of the Premier League’s established elite. 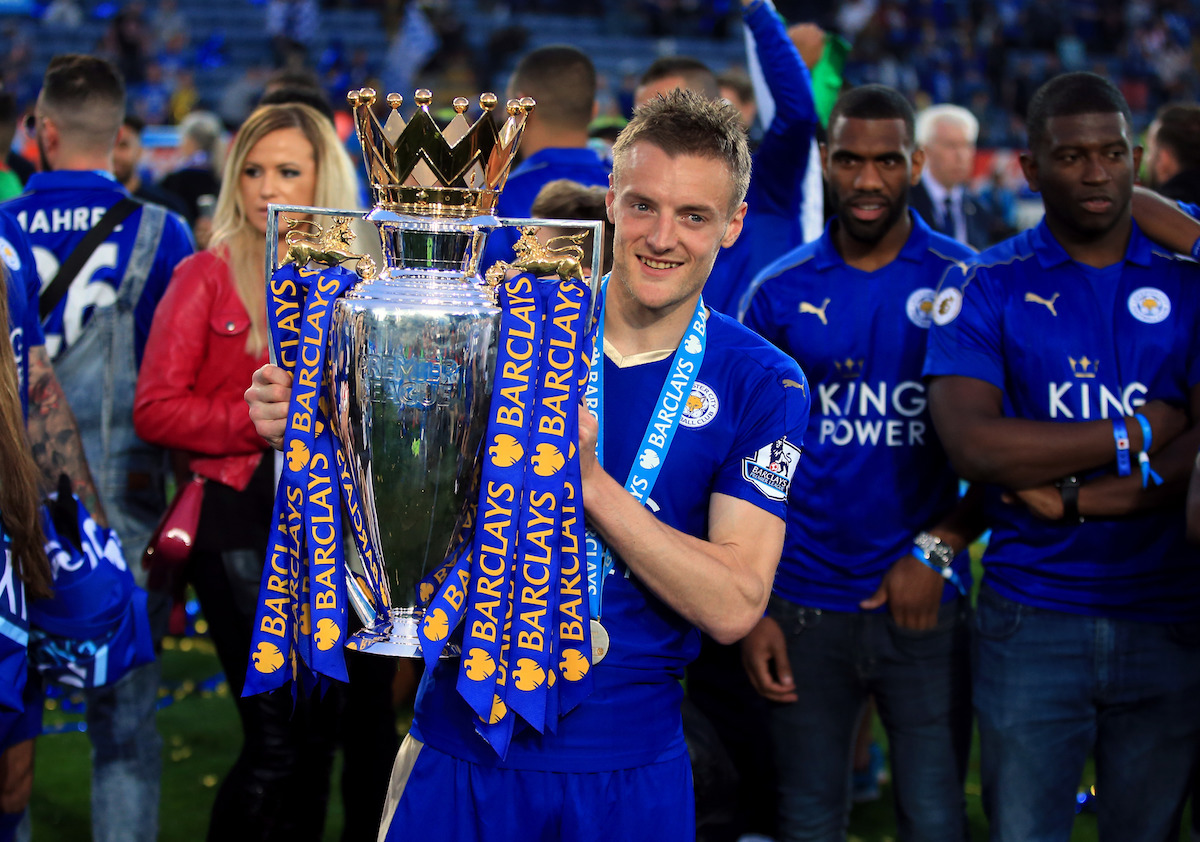 With their impeccably-drilled defensive rigidity, breakneck counter-attacking prowess and a pinch of the kind of flair and imagination that gets fans out of their seats thanks to PFA Player of the Year Riyad Mahrez, almost out of nowhere the Foxes became a force to be reckoned with.

On their final home game of the season, with the title already wrapped up and Andrea Bocelli’s rousing rendition of ‘Nessun Dorma’ ensuring dry eyes were at a premium inside the King Power Stadium, Leicester fans could have been forgiven for scarcely believing that this dream campaign had really happened.

It had, but any hopes of a repeat success have faded as the current season has progressed. Still going strong in the Champions League, Leicester, on both a team and individual basis, have struggled to replicate their superlative form of last season.

The loss of midfield dynamo N’Golo Kante to Chelsea has undoubtedly left a gaping hole in the heart of Ranieri’s side, but even the stars they were able to retain, such as Mahrez and Jamie Vardy, have not reached the same heights. 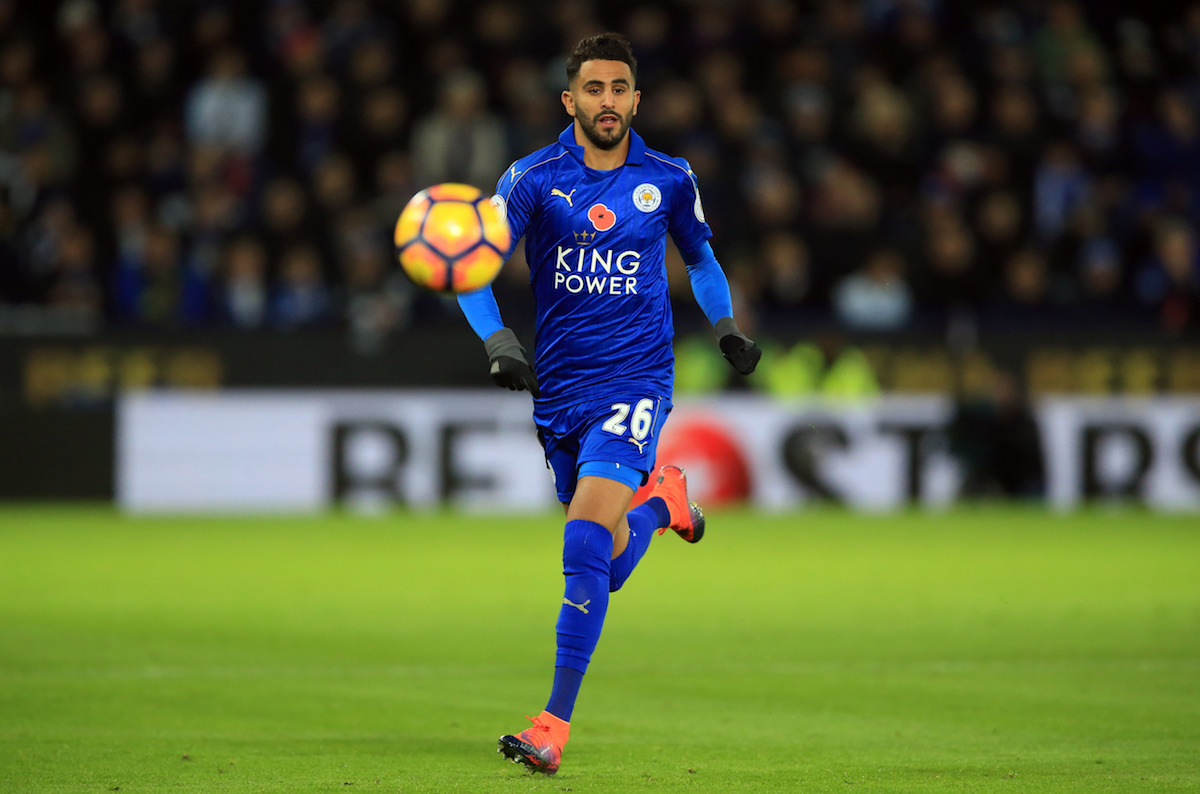 Last season, Ranieri’s game plan of setting his side up in a rigid 4-4-2 formation, absorbing pressure and hitting unsuspecting rivals on the counter has been much better planned for and mitigated against by opposing managers — the element of surprise has been lost.

Instead, teams facing Leicester know that they must defend deeper to deny Vardy the kind of space in behind which he thrived on last term, while also being happy to cede large chunks of possession to the Foxes and force them to be more creative – an area in which they have struggled.

During their title-winning campaign, Leicester created an average of 10.3 chances per game, which was the eighth-best in the Premier League. This season they are conjuring just 7.8 opportunities per outing which ranks them 14th.

Key to this drop-off has been the way that Mahrez is being singled out for special attention and denied space to weave his creative patterns. Last term he was averaging 1.8 key passes per game, now he’s mustering just 1.3.

The Algerian is also completing fewer take-ons, with just 2.2 per outing, down from last season’s 3.5. As such, it is not surprising to note that he has only scored three times and registered two assists in the league this term. A miracle not too far short of that which saw Leicester lift the title will be required if he is to repeat his 2015-16 return of 17 goals and 11 assists. 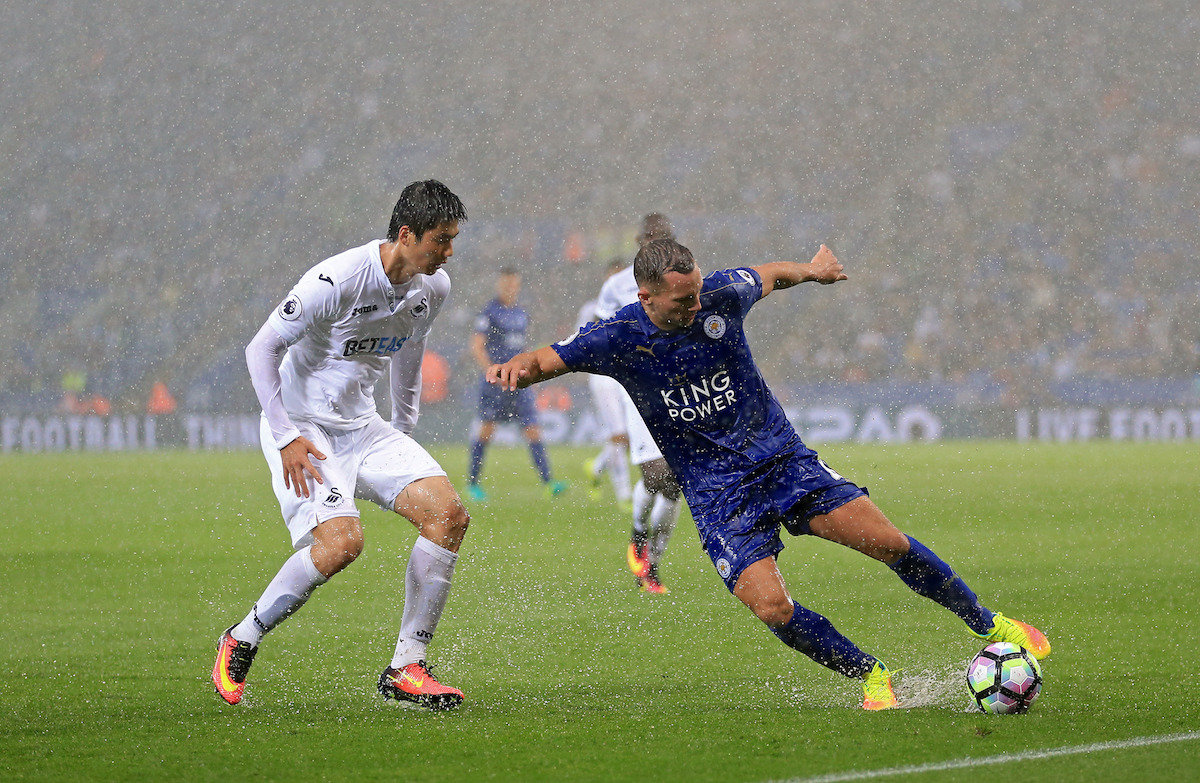 Leicester as a whole have been dribbling much less too. Their average of 11.3 successful take-ons per game was the division’s fifth best last season, but now they rank 18th with just 7.8.

This lack of creativity has inevitably affected the amount of shots that the Foxes are taking. They now aim for goal just 10.9 times per game, ranking them 14th in the division and down from last season’s seventh-ranked 13.7.

And of those efforts, just 3.4 – a figure bettered by 14 teams in the Premier League — are hitting the target, which has seen them fall from being the sixth most accurate shooters in the division last year with 4.7.

Vardy, the player whose rise from non-league to international star was the story within the story of Leicester’s title win, has been far less offensively productive.

Where he was previously an unknown and underestimated quantity, opposing defenders have now become aware of the threat he poses and plan meticulously to nullify him, holding a deep defensive line to prevent him from breaking into space and cutting off his supply line. 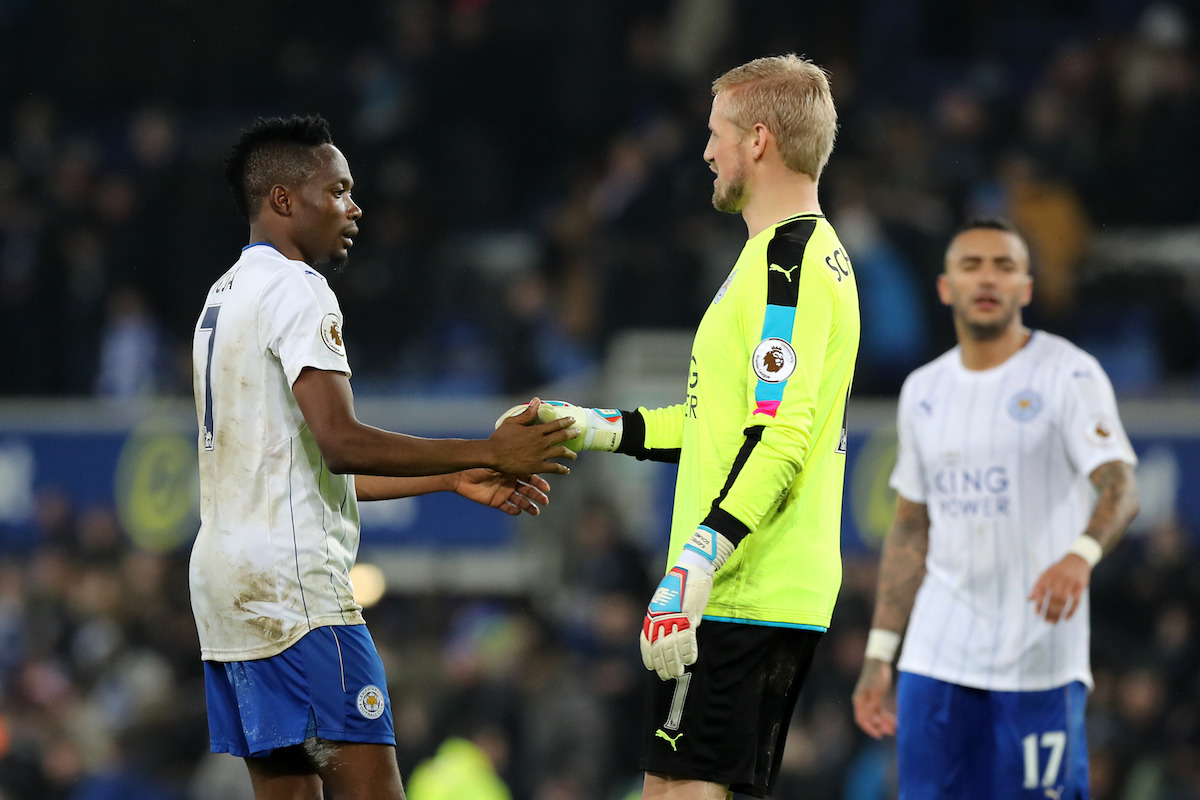 One of the main reasons the Foxes were able to upset so many expensively assembled sides last season was their work-rate and discipline without the ball. Their 21.6 interceptions per game was the best in the league, as was their 22.9 tackles.

They would defend with two distinctive banks of four and never allow the opposition to settle on the ball, harrying and harassing with a diligent press. It was hardly rocket science, but it was almost revolutionary in its simplicity.

And no player harassed and hassled with greater energy and enthusiasm than Kante. The Frenchman made an incredible 4.7 tackles and 4.2 interceptions per game. Without him this season, Leicester’s averages have dropped dramatically to 16.4 tackles (13th in the Premier League) and 14.3 interceptions (11th).

Kante’s remarkable output was always going to be incredibly difficult for the champions to replace, and, thus far, they haven’t come close. Of all Ranieri’s regular first-teamers, Danny Drinkwater averages the most tackles per game (3.4) and Christian Fuchs the most interceptions (2.3).

There is hope, however, in the form of 20-year-old mid-season signing Wilfred Ndidi, who was brought in from Genk for a reported £17million this month. The Nigerian has only played one game for Leicester so far – a 3-0 defeat to Chelsea – but, in this maiden outing, the midfielder made three tackles and four interceptions.

And although the facts and figures are rather damning, Leicester’s league form can be explained by their switch of focus to the Champions League to some extent.

Rather than simply being happy to take part in Europe’s premier club competition and passively exit at the group stage, the Premier League champions have embraced the challenge of pitting themselves against the Continent’s elite and risen to it, qualifying for the last-16 where they will meet Sevilla next month.

As far as their domestic form is concerned, they have fallen back down to Earth with a bump this season. But, with the Champions League knockout rounds to look forward to, the Leicester fairytale continues.