The end of an era is near. Arsène Wenger will depart Arsenal at the end of this season, leaving the club in need of a new direction and, more importantly, a new manager.

Within days, a huge shortlist of potential successors has been drawn up, including those who have made their names by leading some of Europe’s top clubs and those who have worked their way up the ladder.

We at Football Whispers have ranked ten of the top candidates to replace the Frenchman and guide the Gunners successfully into the future.

In order to do this, we have assessed and graded each manager out of five in the following criteria. If managers are tied on points, ‘Tactics’ is the deciding category.

Did we leave someone out? Is there a left-field choice you’d prefer? Is our ranking off? Let us know and join in the debate! 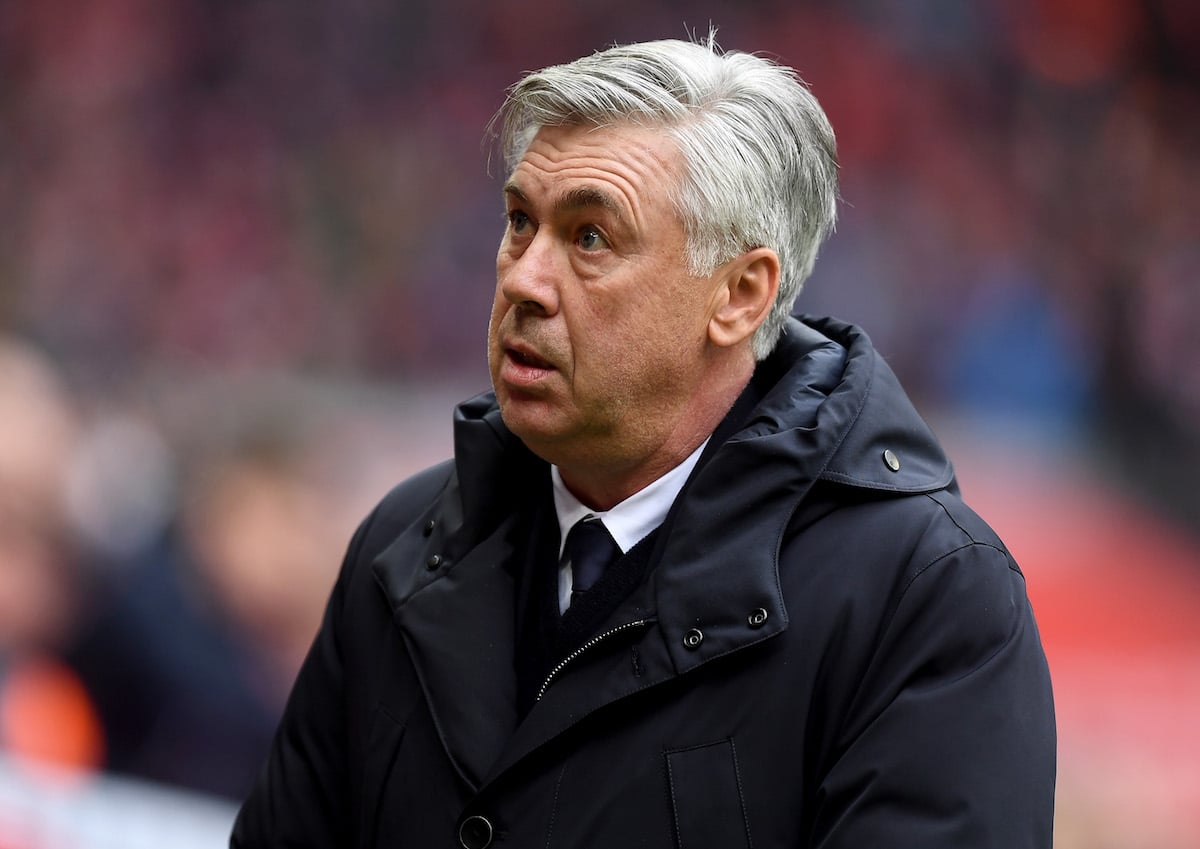 Tactics, 2/5: Ancelotti’s teams tend to be easy on the eye, but in recent years they have also lacked the vigour and stability commonly associated with Europe’s best.

There is a feeling that he has already been outstripped by some of his more astute peers, while his laissez-faire approach may be too similar to Wenger’s philosophy.

Strategy, 2/5: The Italian is one of the most experienced candidates out there, and he is the only one on this list to have previously won the Premier League title.

However, he tends to do his best work with clubs that are already successful, which doesn’t apply well to an underperforming Arsenal.

Results, 3/5: Ancelotti’s greatest achievements came over a decade ago. Having enjoyed success with Reggiana and Parma, he won one scudetto and two Champions League titles in an eight-year spell at Milan.

He also won domestic titles with Chelsea, Paris Saint-Germain and Bayern Munich, and led Real Madrid to La Decima. He was dismissed by Bayern last September due to poor form.

Tactics, 3/5: Given his complete lack of managerial experience, it’s difficult to assess Arteta’s tactical credentials. He does seem to have the right ideas for a club like Arsenal though.

When asked in 2014 what his coaching philosophy would be, he said: “I want the football to be expressive, entertaining. We have to dictate the game…and we have to entertain the people coming to watch us.”

Strategy, 3/5: Having played for and captained Arsenal not so long ago, Arteta should have a reasonable understanding of the club’s inner workings. And, while inexperienced, he is a pure coach, which fits the new club structure down to the ground.

On top of that, he has received praise from his current boss, Pep Guardiola, for his work on the training ground with Raheem Sterling.

Results, 1/5: This is where Arteta falls down. He has never taken charge of a team, so has no results to his name. He gets one point for his part in what has been an immense 2017/18 campaign with Manchester City.

Tactics, 3/5: When it comes to in-game changes, few managers in the world rival Allegri. He is, frankly, a master of the substitution. He’s also highly flexible, having used a plethora of different systems during his time at Juventus.

Yet, while he’s an apt tactician, his lack of a clear attacking philosophy counts against him.

Strategy, 2/5: A renowned leader, Allegri has given talks to businessmen on how to manage teams. He is utterly fearless when it comes to big decisions, as seen recently by his omission of Juventus’ star striker Paulo Dybala.

This all suits Arsenal, but what doesn’t is that he has built his career on prolonging great sides. The Gunners are in need of drastic improvements, not subtle tweaks.

Results, 4/5: After working his way to the top through positive spells with Sassuolo and Cagliari, Allegri won Serie A with Milan in 2011. Then, having taken over from Antonio Conte, he led Juve to three straight league and cup doubles, as well as two Champions League finals. 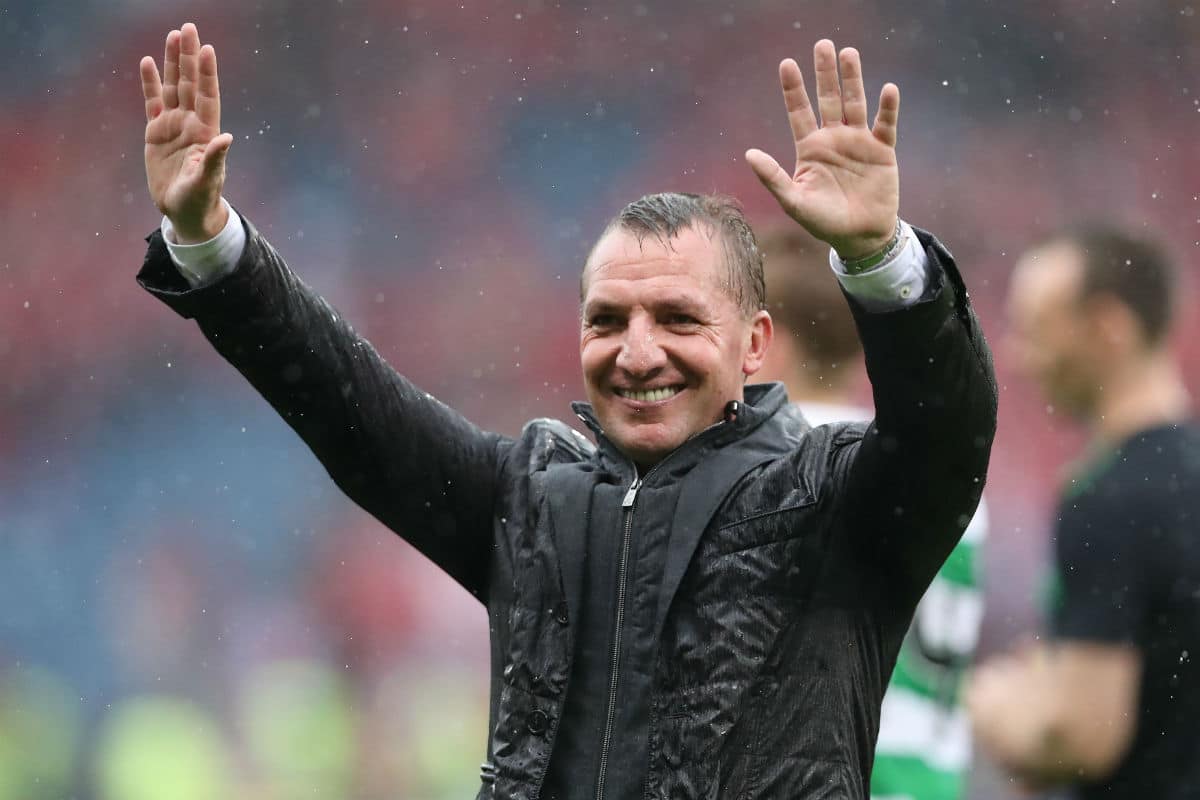 Tactics, 4/5: Like Allegri, Rodgers is flexible with his choice of shape. But, unlike Allegri, he is absolutely clear on his footballing ideals. The Northern Irishman’s is a forward-thinking philosophy based around positional rotations and domination of possession.

He’s also innovative – he was using the 3-4-3 long before Conte led Chelsea to the Premier League title with the same system.

Strategy, 3/5: Rodgers is one of just two coaches on this list with any Premier League management experience. He’s also passionate about developing players.

He gave Raheem Sterling his big break at Liverpool, while at Celtic he has taken Kieran Tierney, Callum McGregor and Kristoffer Ajer to new levels.

Results, 2/5: After mixed results with Watford and Reading, he propelled Swansea City into the Premier League and kept them there without forgoing his principles.

He then went close to a title with Liverpool in 2014, and enjoyed a historic unbeaten, treble-winning maiden campaign with Celtic.

Tactics, 2/5: As a tactician, Jardim’s capability is indisputable. However, it is reasonable to suggest that his ideas are too similar to those associated with the ‘Boring, Boring Arsenal’ pre-Wenger years. He prefers a 4-4-2 or 4-2-3-1, and his teams specialise in defending well before counter-attacking at speed.

Ultimately his football may just be a tad dull for fans who are used to freewheeling attacking play.

Strategy, 5/5: The Portuguese appears to be utterly consumed with coaching and has improved countless players during his time at Monaco. Kylian Mbappé, Anthony Martial, Bernardo Silva, Thomas Lemar and Tiémoué Bakayoko are just some of the individuals to have benefited from his influence.

His work on the training ground and openness towards youngsters is something Arsenal have missed for years.

Results, 3/5: Jardim’s path to the highest echelons of management was long and winding. Good results in the Portuguese lower leagues preceded successful season-long spells at Braga and Sporting Club and a Greek title with Olympiakos.

His greatest accomplishments came last season when his Monaco side toppled PSG to win Ligue 1 and became only the second French team in the last 15 years to reach the Champions League semi-finals.

Tactics, 4/5: Enrique bravely reformed Barcelona at a time when their possession had become sterile, implementing a more direct, transition-based style that maximised the qualities of Lionel Messi, Luis Suárez and Neymar.

His adaptability and nonchalance towards tradition means he could add much-needed structure to Arsenal, even if only for a short while.

Strategy, 2/5: The 47-year-old’s single-mindedness is part of what makes him such a good coach, but he hasn’t always presided over happy dressing rooms.

And while he has worked with Raul Sanllehi, Arsenal’s head of football relations, before, his only previous spell outside of Spain did not work out.

Results, 4/5: Enrique did good things with Barcelona’s ‘B’ team and Celta Vigo either side of an underwhelming year with Roma. That led him to the Barcelona, where he picked up one treble, one double, and achieved a better win percentage than Pep Guardiola. 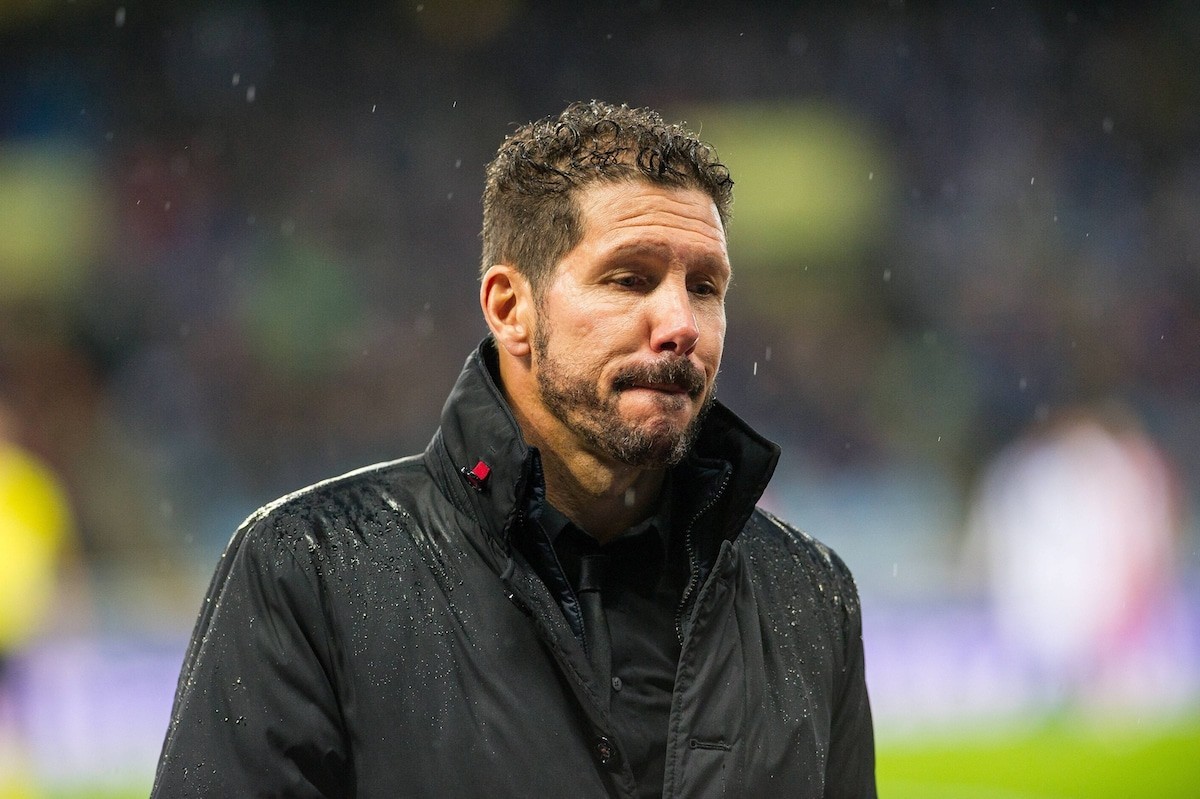 Tactics, 3/5: Stylistically, few contrast Wenger more than Simeone. The Argentine is arguably the finest defensive coach around today, prioritising compactness and cohesive pressing within a simple 4-4-2 system. This style is unquestionably effective, but may not be easily digested at Arsenal.

Strategy, 4/5: Simeone has proven himself capable of overseeing long-term projects, transforming Atlético Madrid over the course of seven brilliant years.

His intense touchline personality, which isn’t unlike that evinced by Antonio Conte and Jürgen Klopp, would thrill fans at the Emirates Stadium. If Arsenal are after stability and unity, they need look no further.

Results, 4/5: Having won silverware in Argentina with Estudiantes and River Plate, Simeone kept Catania in Serie A during his first experience of management in Europe.

Soon after he took charge at Atlético, where he has since won one league title, one Spanish Cup, one Europa League, and reached two Champions League finals.

Tactics, 4/5: In terms of system and style, Vieira is almost a perfect match for Arsenal. He favours a 4-3-3 or 4-2-3-1 shape and demands his New York City side play out from the back.

A nice recent addition to his tactical repertoire is high pressing and counter-pressing, which he has installed to good effect this season.

Strategy, 4/5: As an Arsenal icon, Vieira would receive wholehearted support from the fans, which would no doubt make for a smoother transition period.

He’s up for the gig, having told L’Equipe in March: “Let’s say someday it might interest me.” It’s also promising that he has shown he can work well within the strict budgetary parameters of Major League Soccer.

Results, 3/5: Vieira’s results so far have been very good. In his two full seasons in MLS he has taken NYCFC to the play-offs, which is something they had failed to achieve in their debut campaign. The positive form looks set to continue – at present his side sit top of the Eastern Conference.

Tactics, 5/5: Löw’s football would be just the tonic for Arsenal going forward. He tends to go for a 4-2-3-1 shape with a fluid possession game and an aggressive defensive approach.

He has also, at times, experimented with a false nine up front, a tactical ploy that – outside of Liverpool’s Roberto Firmino – remains relatively unheard of in the Premier League.

Strategy, 2/5: The 58-year-old was the brains behind the German national team’s overhaul even before taking charge, introducing new ideas following a disappointing group stage exit at Euro 2004.

He brought in a new generation, featuring Mesut Özil, Manuel Neuer, Thomas Muller and Toni Kroos, which would bode well for Arsenal’s youngsters should he be appointed. However, the fact he has been out of club management for 14 years should be noted.

Results, 4/5: Löw’s crowning achievement has to be leading his country to victory at the 2014 World Cup. Before he radically rebuilt the German national team, he had two superb seasons with Stuttgart and enjoyed good results in Turkey and Austria. 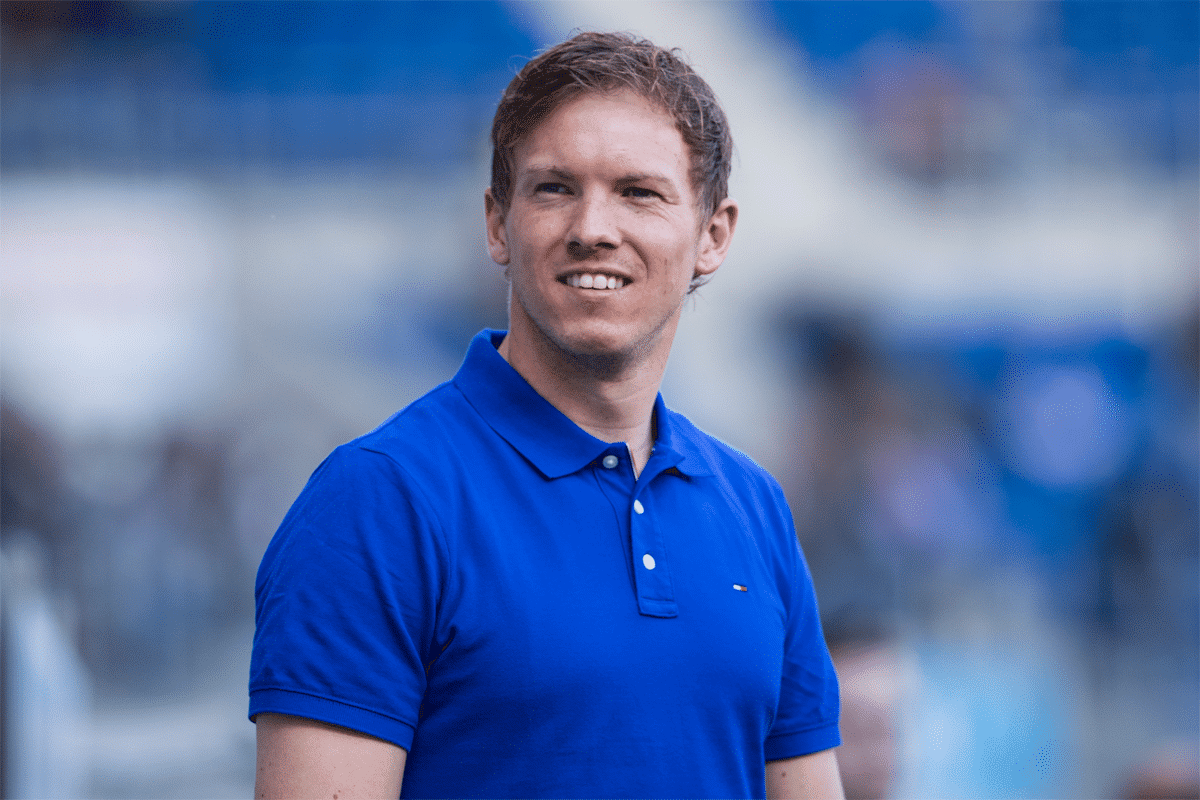 Tactics, 5/5: Arsenal’s build-up has arguably been their biggest weakness in recent years, but that problem would immediately be alleviated by Nagelsmann.

His Hoffenheim are excellent in resisting pressure and playing through the thirds, which they do within well-orchestrated and possession-focused 3-4-2-1 or 3-1-4-2 systems.

Strategy, 4/5: At just 30 years of age, the German is one of the brightest young tacticians in the world today. He’s also an adept coach – not only has he improved the prospects of a number of Hoffenheim players, including Kevin Vogt, Kerem Demirbay and Mark Uth, but he has developed prospects such as Nadiem Amiri and Dennis Geiger.

With maturity beyond his years, he is reportedly the desired appointment of Sven Mislintat, Arsenal’s head of recruitment.

Results, 3/5: When appointed Hoffenheim boss, Nagelsmann’s mission was to keep them in the Bundesliga. He did just that and more, lifting them out of the relegation zone before leading them to a highest ever finish of fourth place in his first full season.

This term he could be set to repeat the trick, as they currently linger just two points outside the top four and automatic Champions League qualification.