America de Cali vs Deportivo La Guaira can be dressed up as a game between two teams with their sights set on the next round. In truth though, both of these sides look like getting knocked out with the only question who finishes third. Who will? Find out with our America de Cali vs Deportivo La Guaira match preview with free tips, predictions and odds mentioned along the way.

Neither side are completely out of the running to progress to the next round but America de Cali's recent form doesn't offer too much realistic hope. The Colombian champions have gone a month without a win and have lost both their Copa Libertadores home games to date. On the other hand, you have Deportivo La Guaira. They've proven a tough side to beat having lost just one game in 2021. It's those reasons why we're making the prediction that America de Cali will not take the full three points.

Both teams are struggling to find a net in this year's Copa Libertadores group stage. Deportivo La Guaira have scored just once whilst America de Cali can only boast a tally of two. Then there is the head to head meeting from two weeks ago, which ended 0-0. When you add these statistics to the fact that Deportivo La Guaira have seen eight of their last nine games come in below 2.5 goals with their contribution a measly three goals it's hard to see this one being a high scoring encounter.

A rather ‘meh' encounter for the neutral

With our previous tips driving home the fact these two teams struggle for goals, this does feel like a good value prediction. We're suggesting that at least one side will fail to score and that there will be fewer than three goals in the game. The reason for this is because America de Cali have played out two 0-0 draws in their last three. Deportivo La Guaira meanwhile have recorded that result five times in their last nine. With respectable defensive records together with attackers as lethal as wet gunpowder, the keepers might have it easy.

Will either team finally win?

Coming into this game neither America de Cali or Deportivo La Guaira have recorded a single win in the Copa Libertadores. Despite that both can still go marching on in the competition. If they're to do that though, they'll need to start getting results and their respective form of late doesn't suggest they will. It could well be a shoot out for third place but, if you're a neutral, you might want to look elsewhere. 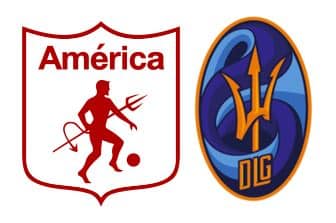