Anything but a defeat for Atletico Mineiro will guarantee them a third place finish as a worst case scenario. They'll obviously be gunning for much more than that though and a tie with America De Cali is the perfect opportunity for them to win and, potentially depending on results elsewhere, book them their passage to the next round. Can America de Cali spring a surprise though? Find out with our America de Cali vs Atletico Mineiro match preview with free tips, predictions and odds mentioned along the way.

Atletico Mineiro to take huge stride towards round of 16

Atletico Mineiro are amongst the favourites to win the Copa Libertadores and it's easy to see why. Their from in the group stage has been impressive with two wins and a draw seeing them sit top of group H. We kick off our tips by suggesting their about to add another three points to their tally, which will almost ensure their place in the next round. For one thing, they've already beaten America de Cali and for another the two sides have contrasting fortunes of late. America de Cali have lost three and drawn two in their last five whilst Atletico Mineiro have won four and drawn one in their last five.

With our opening prediction touching on such differing form between the sides it might be easy to assume Atletico Mineiro will run out comfortable winners. We're not so sure. True, they have recorded big wins against Cerro Porteno and Tombense recently but there has only been three games in their last 10 that have had more than one goals breathing space in the result. Then there is the poor form of America de Cali; their last 10 though has only seen them lose by more than one goal once. Their head to head meeting on 27th April only finished 2-1 to Atletico Mineiro so it would be bold to suggest a huge margin of victory with America de Cali being the home side this time as well.

Hulk to smash it

Hulk is a figure known the world over in footballing circles but for anyone who has lost sight of him since his return to his homeland then rest assured, he still knows where the goal is. In his last three outings he's netted five goals for Atletico Mineiro. Four of them have come in the Copa Libertadores with a two of them against America De Cali. That game saw Hulk play just 45 minutes with none of his last three appearances seeing him complete the full 90. He knows how to make an impact though.

America de Cali vs Atletico Mineiro: All you need for your pre-match swot up

Atletico Mineiro to go marching on

Atletico Mineiro will arrive in Colombia knowing that a win will put them – barring disaster – into the next round. That will be huge for their aspirations with the fact they'll be able to rest players in the remaining group games. For America de Cali though, a defeat would be very damaging. They only have a single point to their name and another loss would make even third spot look like a long shot. 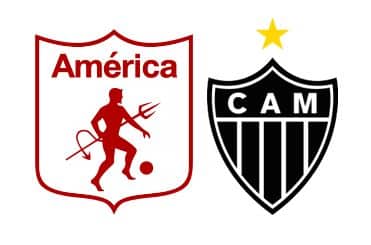