How long can a good thing last? That is a question Bournemouth fans might have asked themselves in recent weeks.

The Cherries, having been on the brink of elimination from the Football League in 2009, are now an established Premier League club. Their manager, Eddie Howe, has proven himself a tactically astute and intelligent young coach. And at one point this season, they were as high as sixth in the top flight, tentatively considering the possibility of European football.

Of late, though, Bournemouth appear to be treading water. They have won just two of their last 12 top flight games, slipping to 14th in the standings, and there is a sense of mild disappointment around the club.

The key issue, perhaps, is where Bournemouth go from here. This is their fourth successive campaign in the Premier League, a remarkable achievement in itself, but there is little to suggest they are capable of doing much better than their highest ever finish – ninth in the 2016-17 season – in the near future.

Howe, who at 41 has already taken charge of over 500 games as a manager, might be feeling a little existential about it all. He has been loyal to Bournemouth, taken them further than most would have imagined. But the rumours of a move to a bigger club have persisted. Eventually, the journey must surely come to an end.

Howe must also consider how much further he can take the club, too.

A recent report in the Bournemouth Echo revealed the Cherries made a loss of £11million in their third Premier League campaign. Yet there has been talk of a new stadium – the 11,400-seater Vitality Stadium is currently the smallest in the Premier League – although that is as yet unconfirmed. New training facilities could be on the horizon, too. And Howe has certainly laid the foundations for future success.

He may yet choose to stay with Bournemouth for the long-term, to build gradually over the next few years. Howe has an inimitable bond with the club, its fans and the owner. By now, they are almost inseparable.

The process of taking Bournemouth to the next level, though, is unlikely to be fast. The club cannot compete with some of the more financially well-endowed in the top flight, and their standout players – Ryan Fraser, David Brooks and Callum Wilson, to name just a few – will almost certainly be targeted by top-six clubs in the summer transfer window. 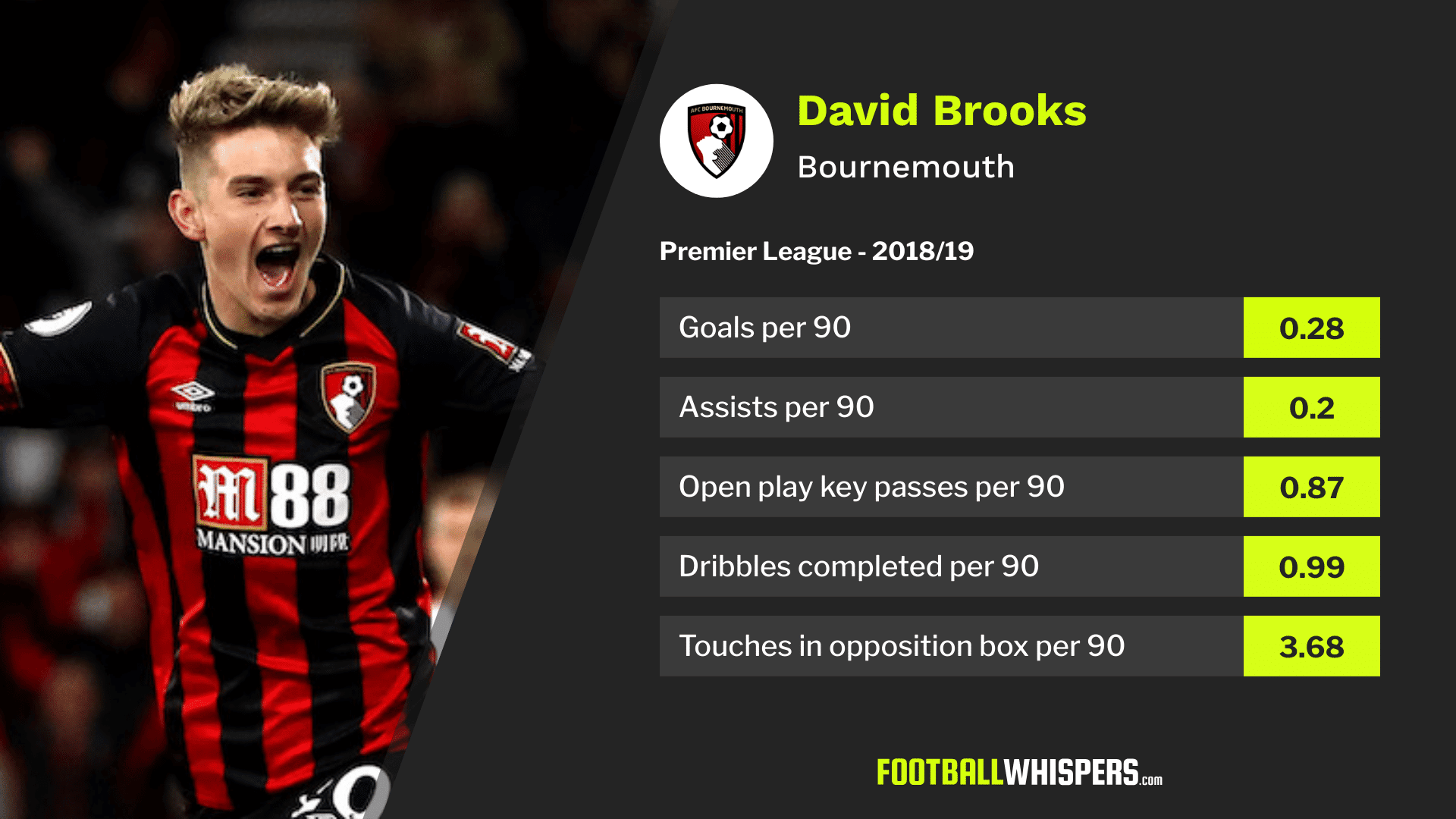 The Cherries will probably – thanks to a poor second half of the season – finish in the bottom half of the table. That will not be considered underachievement, but there is still a sense of dissatisfaction around the club. Howe, understandably, wants more.

“Very few times, have I felt like this during my management career when I’ve looked at a team and not been able to see what we’ve worked on,” the former Burnley coach said earlier this month. “We’re going through one of those phases at the moment where we look a bit disjointed.

“You are looking week in, week out, to see a clear identity, a clear way of playing, knowing you are improving in every game. But in recent weeks, we haven’t seen the clear philosophy we want, and that hurts me more than anything. We are going to have to review everything we do.”

Howe is ambitious and that is commendable. Bournemouth would not be where they are now without his impressive drive and determination. But he is working with restraints, limited by finances and facilities. 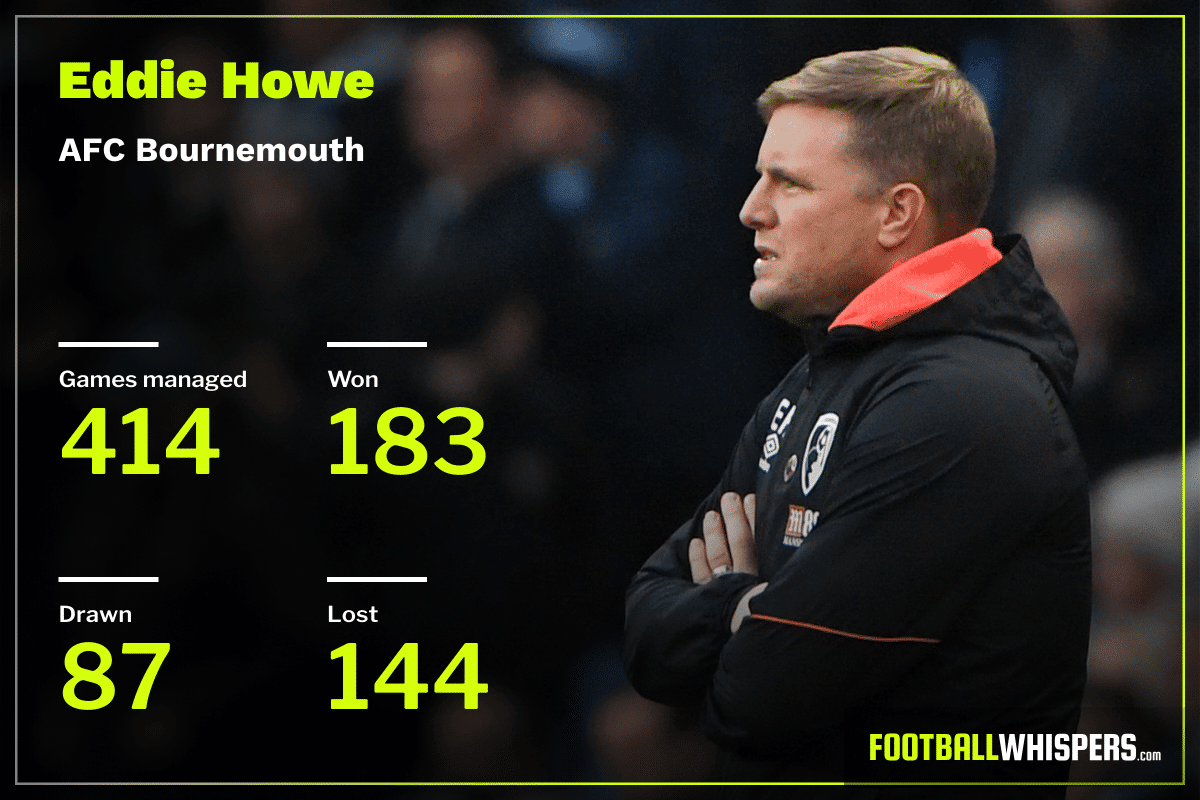 A move, assuming the right job becomes available, might be the best option for Howe in the near future. Neither he nor Bournemouth will have any intention of stagnating, and both club and manager will be keen to prove that they are not dependent on each other.

Howe, of course, is still young. He could choose to rebuild at Bournemouth, where there is a clear ambition to avoid the fate of so many middling Premier League clubs: spend years focusing on avoiding relegation until, inevitably, dropping out of the league.

Or he could part ways with the club before things get stale.

“The thought that we could get complacent, underestimate how strong our competition are, lose our work ethic – that pushes me to not rest, to not be satisfied, to not just settle,” Howe said in an interview with Joe.co.uk last year.

“We need to find every edge we can and give every inch we can. There are no shortcuts and there are no secrets. Standing still is absolutely not for me. It scares me.”

Howe is clearly determined to avoid the fate of many Premier League managers before him. Eventually, though, taking a step forward could mean leaving Bournemouth, the club where he has spent over a decade of his managerial career. All good things, after all, must come to an end.