Altrincham might know their fate already with a lower mid-table finish nailed on; in fact, if they don't finish 17th it would be a huge surprise given the standings. Eastleigh, however, will finish in the playoff spots if they win their last two matches. Will they handle the pressure to grab three points here? Find out with our Altrincham vs Eastleigh match preview with free tips, predictions and odds mentioned along the way.

Eastleigh to jump into playoff spots

Our introduction has already touched on it but to reiterate the point; Eastleigh have two games left to play. If they win them both then they will finish in the playoffs. With their hosts, Altrincham, having nothing to play for they should be able to win this game. The form book suggests the same too. Altrincham won last time out but they'd taken just one point from their seven games before that. Eastleigh have won six of their last seven including their last three.

Far from a boring watch

If Altrincham have lacked form of late then at least you cannot accuse them of serving up boring football. Their last 10 matches have served up 32 goals giving them a game average of 3.2. They've contributed to that total in both directions too having averaged 1.2 ‘goals scored'. Eastleigh's average only comes in at 1.9 total goals per game but that's largely because they don't concede too many. Altrincham have shipped nine goals in their last three games; the same period has seen Eastleigh score seven. Combine the two things and we should see goals aplenty.

Making predictions for defenders to score is far from being a ‘banker' of a bet; that's what we're going for here though and it is for good reason. Joe Tomlinson has bagged 12 goals this season with four of them coming in the last five games. He is Eastleigh's go to penalty taker but two of those four goals recent goals haven't come from the spot.

Altrincham vs Eastleigh: Find all your match stats and odds

Eastleigh getting ready for a playoff party

With playoff fate in their own hands Eastleigh will arrive in high spirits after an impressive run of form in recent matches. Altrincham now stand in their way as they look to move into the top seven ahead of the final day but their players won't be throwing their bodies on the line knowing their season is what it is. It all boils down to whether Eastleigh can handle the pressure. If they can, they'll arrive in the playoffs as the form team and that means they'll have a good chance of going all the way. 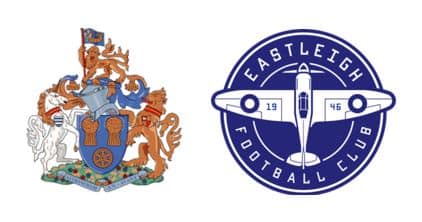