The Thomas Lemar dream is over for Liverpool fans. So claims James Pearce in an exclusive for the Liverpool Echo, who revealed that the France international is not on the list of targets under consideration ahead of this summer's transfer window.

It ties in closely with the Football Whispers exclusive posted during the January window. Manager Jürgen Klopp was the one who pulled the plug on a potential winter move after it became clear the Monaco winger wasn't fully convinced about making a high-profile move last month.

If Liverpool have switched to another target then it's with good reason. Despite the criticism often levelled at the recruitment team, they've done well over recent seasons. Until the new targets are revealed there's no reason not to give them the benefit of the doubt over their decision to move on from the 22-year-old Frenchman.

However, identifying an alternative to Lemar isn't as easy as you might imagine. He would have been arriving to fill the Philippe Coutinho void. He fit the bill because he could play a number of roles, just like the former Liverpool No.10.

The pool for players who can do a job in midfield as well as play a part in the attacking trio when necessary is more of a puddle. With this in mind, we've taken a look at six players who might be able to fit the bill. Full disclaimer – we've had to get a little creative.

It's the obvious one, isn't it? Liverpool are long-term admirers of the American teenager with many believing owners Fenway Sports Group want to make him the poster boy as they look to really make a dent in the U.S market.

Pulisic joined Borussia Dortmund at the age of 16 and impressed for the under-19 team. So much so that he was called up to train with the first-team. The man overseeing things at the Westfalenstadion? A certain Mr. Klopp.

The pair have a good relationship. There are those who claim the German won't return for a player after he's been rejected. But Liverpool have tried sign Pulisic on a couple of occasions now over numerous transfer windows, so that doesn't hold much weight.

He's not identical to Lemar in terms of being able to play in midfield, but recent reports suggest Klopp views the Monaco playmaker as a No.10, a position Pulisic can play.

With the arrival of Naby Keïta in the summer, the Reds will add some much needed creativity to their middle third and perhaps even move away from the 4-3-3 system purely because of how good the the RB Leipzig man is.

German media claim Demirbay is an Arsenal and Liverpool transfer target. Klopp knows the 24-year-old from his time at Dortmund and the Hoffenheim No.10 gave a good account of himself during the Champions League play-off.

His 2017/18 campaign has been beset by injury and he's failed to reach the highs of last season. However, when fit, he ticks all the boxes.

Demirbay started life as an attacking midfielder before Julian Nagelsmann began to use him in a deeper role, just as Klopp's done with Adam Lallana, Gini Wijnaldum and Coutinho.

He can break the defensive lines with and without the ball – something all top teams need due to regularly coming up against a low defensive block. There's a detailed scout report on Football Whispers which highlights why, with a £28million release clause, he could be a bargain.

In a recent feature on Football Whispers we took a look at the most clinical attackers in Europe. Lyon maestro Fekir, enjoying the most productive season of his career, came in second place behind Paulo Dybala. He was scoring low quality chances on a regular basis, making him one of the most threatening forwards in Europe on current form.

Like his compatriot Lemar, he can play a number of positions though he's excelled as a No.10 this season. The roaming midfielder role played by Lallana and Coutinho isn't too dissimilar to that.

With Liverpool dominating the ball they'd often push the third midfielder into the attacking third to make it a quartet, that is if Klopp wants to keep the 4-3-3 system he's become famed for since moving to Merseyside.

Lyon chairman Jean-Michel Aulas isn't an easy person to negotiate with. If he was to sell Fekir he'd want a club record, which is currently £57million, and with the 24-year-old not having an obvious place in the Liverpool team it would be an unlikely marriage.

The 18-year-old is a long-term Liverpool transfer target. The Reds scouted him throughout last season and even had people in attendance to watch him score four for Germany Under-19s in October. He's really stepped up for Bayer Leverkusen this season and put in some commanding performances from the centre of the park. 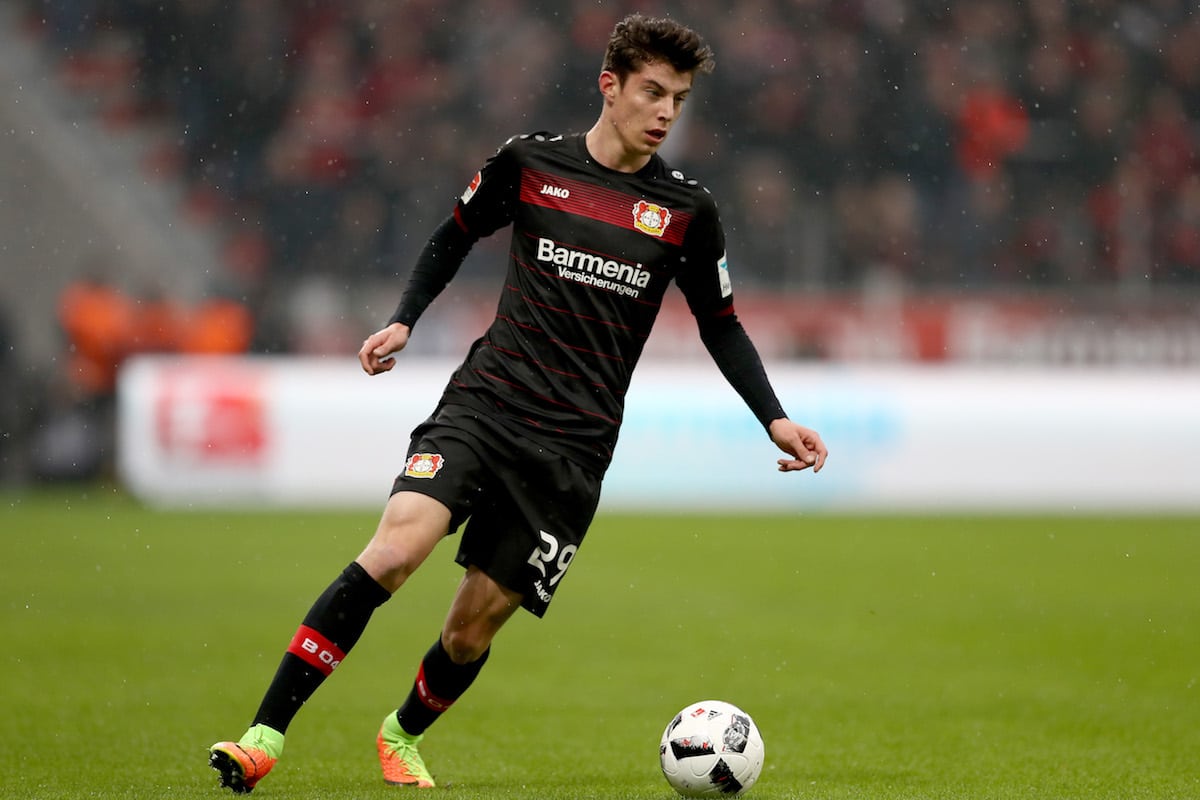 Bayer Leverkusen, unlike Dortmund and RB Leipzig, aren't the sort to hold a club to ransom. Their business model, one that's worked for a number of years now, is buy young, develop and sell on for a profit. There are some players they'd like to hang onto for a little bit longer but if the bid is big enough it's hard to envisage them saying no.

Liverpool were linked with Brandt, Havertz's teammate, in January 2017 and reports suggested they'd return for him in the summer. They didn't. Instead they moved for Mohamed Salah and, as they say, the rest is history.

It did look like Brandt would be heading to Bayern Munich as part of their recruitment drive to hoover up all German talent. But reports recently have claimed he's not sold on the idea of moving to Bavaria and may even extend his stay at the BayArena.

Brandt has stepped up this season and though he's being outshone by Leon Bailey, there is more of a maturity to his game. It coincides with him being given the No.10 shirt in the summer.

There's a bit of Mario Götze about him and Klopp was a huge fan, even wanting to reunite with him during his first summer as Liverpool manager. Brandt isn't necessarily a central midfielder but there's no reason why he couldn't play the Lallana role as the third man in the middle third. His versatility would allow him to fill in for any of the front three. 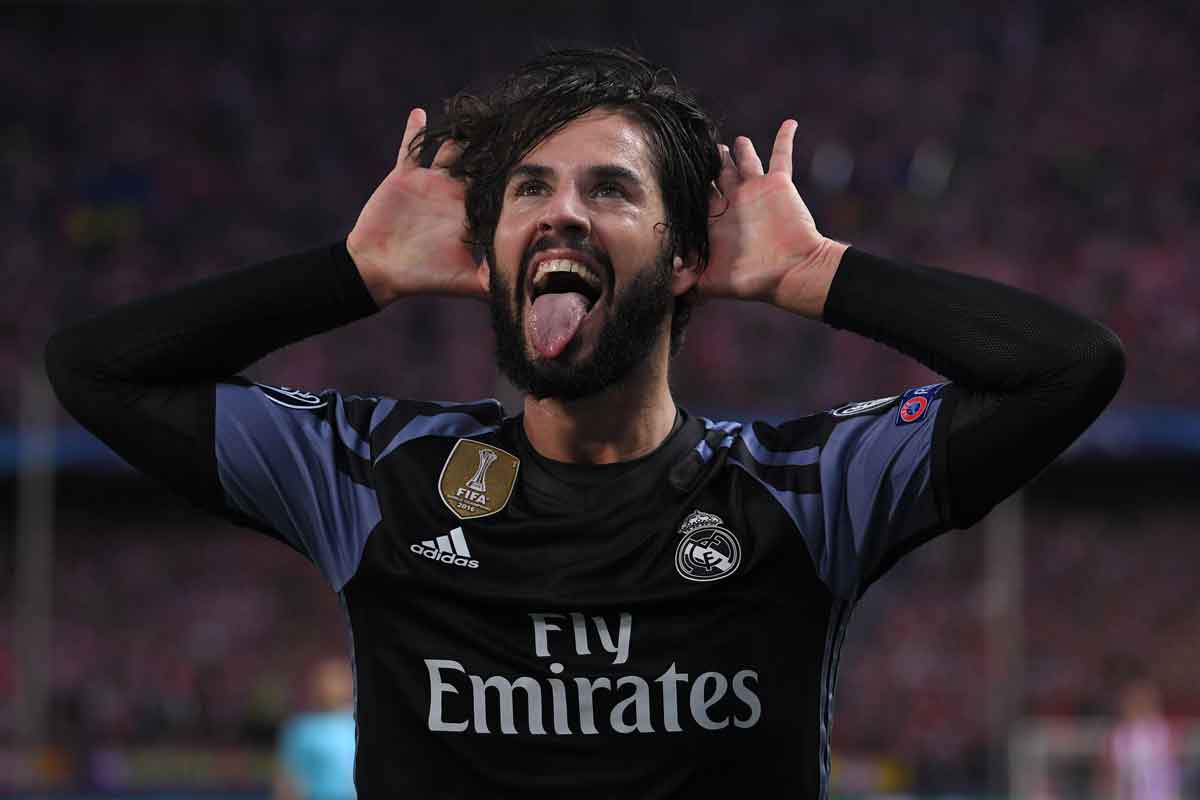 The most unlikely of the six names listed is Isco. If Liverpool want an immediate upgrade then he's the man to target. He's borderline world class and he just needs to be loved.

But it's never that straightforward.

Even though he's surplus to requirements at the Santiago Bernabéu, Real Madrid will demand a high fee for him. They managed to get a then British record fee when they sold Àngel Di María to Manchester United.

Liverpool have the money to pay a large transfer fee or huge wages, but it's unlikely they'll sanction a deal that involves both. Isco reportedly earns around £110,000-per-week in Madrid and doesn't need to take a pay cut at this stage of his career, not while there's a line of interested clubs queuing up to sign him.

Would Liverpool sanction a £90million transfer for a player on £150,000-per-week plus? It's highly unlikely but stranger things have happened.

It's not all doom and gloom just because Liverpool are no longer in for Lemar. There are plenty of options out there. It's just about deciding on the right one.