While Newcastle United’s promotion back to the Premier League has seemed all but assured for months now, their struggles in recent weeks have brought into focus that there is plenty of work to be done. Huge favourites for the Championship title ahead of the campaign, Benitez’s men look like falling short of that expectation and while a top two finish has still enabled them to reach their goal, the Magpies haven’t been the dominant force they were tipped to be.

Defeat to Ipswich at the weekend was their tenth of the season, and while Reading’s 3-2 loss at Forest effectively promoted Bentiez’s men regardless, the attentions will now turn to fixing what have been problem positions in the squad. Two of the most notable undoubtedly come in the full-back roles, with the likes of Vurnon Anita, Paul Dummett and DeAndre Yedlin all having failed to convince in the top-flight in the past. With that in mind, here are six left field options the club could look to ahead of a return to the Premier League.

Left-back Marçal has spent the season on loan at Guingamp in Ligue 1 from Benfica, and at 28 it would be a surprise if the Portuguese champions weren’t open to offers for a player that they have now loaned out two years running. The first of those was in the Turkish Super Lig with Giaziantepspor, where he produced the most interceptions per game in the league (4.1) and stood out defensively. While he has remained solid at the back in France, however, it’s been his threat at the opposite end that should attract suitors.

The Brazilian has averaged 1.8 key passes per game for Guingamp, which has heralded a team-high of seven assists from full-back. His delivery into the box has indeed been outstanding at times, with all of his said assists coming direct from crosses from open play, which is a record across Europe’s top five leagues.

Whether or not 22-year old Víctor García would be available for a permanent transfer from Porto remains to be seen, with time on his side to prove a point to manager Nuno. However, after a successful season on loan at fellow Liga NOS outfit Nacional, albeit one disrupted by injury, a similar deal may be of interest to the Portuguese giants.

A full Venezuela international, García has belied his years at times this season, with his positioning helping the youngster come to Nacional’s rescue on more than the odd occasion. His timing in the tackle has been superb, committing just 0.6 fouls per game despite averaging the most tackles per game in Portugal’s top-flight (4.1), while he has proven capable going forward to boot, with three assists in 18 appearances.

That’s right, Django! This 21-year old is worth keeping an eye on for more just his name alone though, impressing on loan with Zwolle, particularly with regards to his versatility. Across 21 Eredivisie starts this season, the youngster has played in central midfield on nine occasions and from 11 at left-back, shining from the latter.

The Dutch youth international has four goals and four assists this season, including two fine strikes from distance with his powerful left boot, while he also boasts great ability over a set-piece. When just taking into account his starts from full-back, Django Warmerdam has averaged 2.9 tackles, 2.4 interceptions and 2.2 dribbles per game, showcasing his ability at either end. As with Porto and Garcia, Ajax may not be willing to let the youngster leave permanently but that shouldn’t deter interested parties from a loan bid.

Elsewhere in the Eredivisie, Ridgeciano Haps has continued to impress having emerged as AZ’s first choice left-back last season. He has started 29 of 32 league games possible this time around, and his strength and pace make him a difficult defender to beat. He’s averaged a very respectable three tackles per game, placing him in the top 10 tacklers in Holland in total (88), and a further 2.7 interceptions per game.

Haps is also a strong dribbler, averaging the most of any full-back in the league (1.9), but does need to improve when it comes to his end product. Two assists is indeed a modest return but hardly surprising when considering he averages just 0.6 key passes and 0.3 accurate crosses per game.

Youssouf Sabaly has spent the last four seasons out on loan and has impressed in recent spells with Nantes and in the current campaign with Bordeaux in particular. He offers the ability to play on either side of a back four but being right footed is more natural on that flank. While Serge Aurier is tipped to leave Parc des Princes this summer, the signing of Thomas Meunier highlighted that Sabaly may well have to leave the club for first team football – without ever making a league appearance for PSG – and a permanent move seems likely this summer.

Now 24, Sabaly has plenty of top-flight experience regardless, racking up 118 Ligue 1 appearances across three loan spells, and was a member of France U20s World Cup winning side of 2013. He has developed the attacking side to his game this season, having proven a solid defender for some time now, registering four assists this season and completing 1.6 dribbles per game. 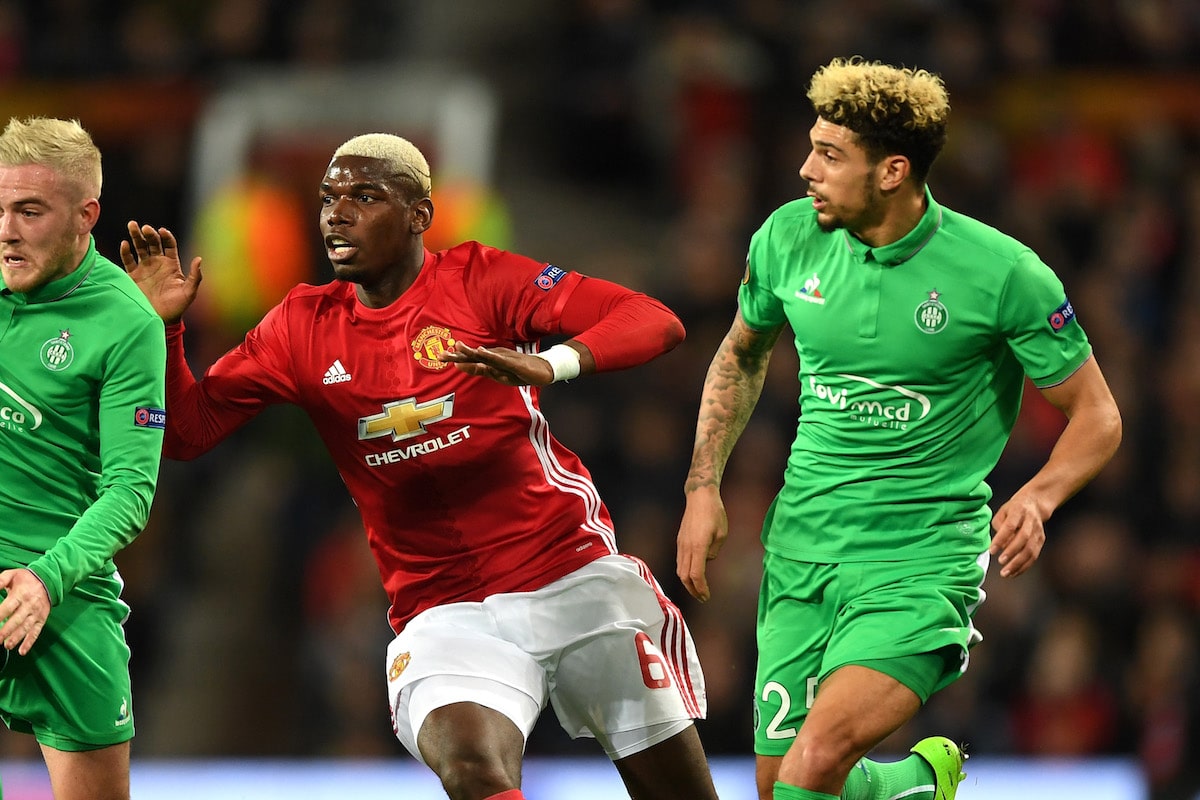 25-year old Kevin Malcuit has attracted plenty of Premier League interest this season, with Jose Mourinho making his a transfer target for Manchester United after he was impressed by the Saint-Etienne man when his side faced the French outfit in February. West Ham have also been credited with a concrete interest, while Newcastle are thought to be monitoring his situation ahead of a return to the top-flight.

Having began his career as an attacking player, he was released by Monaco in 2012 and had to rebuild his career in the lower leagues before a move to Sainte in 2015. Malcuit has since been converted into a right-back and despite some teething issues, most notably with regards to ill-discipline – he’s been sent off four times since joining Les Verts – he is improving all the time. Averages of 2.8 tackles and 2.5 interceptions per game are very respectable, while his pace and trickery have enabled him to play out from the back and complete an impressive 2.2 dribbles per game.