The 2018 Major League Soccer season is underway and there are several storylines to follow.

One of the standouts is the fact the league is getting ever younger. During the winter transfer window MLS teams brought in 25 South Americans that had an average age of 21.7. It is a sign things are changing in a division that seems to be moving away from being a pre-retirement competition for old European stars.

And it is not just the foreigners coming into MLS that are highlighting the trend of a league that is re-inventing itself. Major League Soccer is now producing its own talent.

Ballou Tabla, who was developed in Montreal Impact’s academy, was signed by  Barcelona in January. But while he has gone, one fantastic prospect remains in Vancouver Whitecaps‘ Alphonso Davies.

Born in a refugee camp in Buduburam, Ghana, Davies’ family were fleeing civil war in Liberia. Aged five his family was granted refugee status in Canada. They first moved to Windsor, Ontario, and later to Edmonton, Alberta.

It was in the latter the Whitecaps discovered Davies. He was playing in one of their many academies that a spread throughout Canada and in 2015 he was invited to join the Whitecaps FC Residency program in Vancouver.

Once there the Caps quickly realised they had a unique talent on their hands. Within months Davies was promoted to the Whitecaps 2, who were playing in the United Soccer League – the second tier of American soccer – at the time.

Davies took very little time to adapt and on May 15, 2016, he became the youngest goal scorer in USL history.

The records, however, do not stop there. Quickly realising his talent Whitecaps head coach Carl Robinson included Davies in the first-team squad that took part in the 2016 Canadian Championship – a short tournament that determines Canada’s CONCACAF Champions League starter. Davies was given game time in both legs of the semi-finals against the Ottawa Fury.

In July 2016 Davies signed a first-team contract with the Whitecaps through to 2018, with options for the 2019 and 2020 seasons. At the time of signing he was the youngest active player in Major League Soccer, the first MLS player born after the year 2000, and the third youngest player ever to have signed an MLS contract.

And on July 16, 2016, Davies made his MLS debut, becoming the second youngest player in MLS history behind the now infamous Freddy Adu.

The Whitecaps are aware of the hype Davies has created in North America. The 17-year-old attacking midfielder is the most prominent talent ever developed in Canada and has the potential to become the biggest homegrown star in Major League Soccer.

As a result, the club try to shield their wonderkid as much as possible from outside influences while at the same time giving him as much playing time as possible.

Manchester United came calling this winter and invited Davies to train with the club, the Whitecaps politely declined and said Davies needed to focus on the upcoming MLS season.

In 2016 Whitecaps head coach Robinson started Davies in just two matches and played him in eight games overall. Last term his playing time increased with nine starts and 26 appearances in Major League Soccer. He was also given four starts in the CONCACAF Champions League where he scored one goal in the knockout stages.

It was, however, his performances at the 2017 Gold Cup that gave Davies international recognition. Qualifying for Canadian citizenship on June 6, 2017, he was quickly called-up to the senior team that travelled to the United States to take part in tournament. 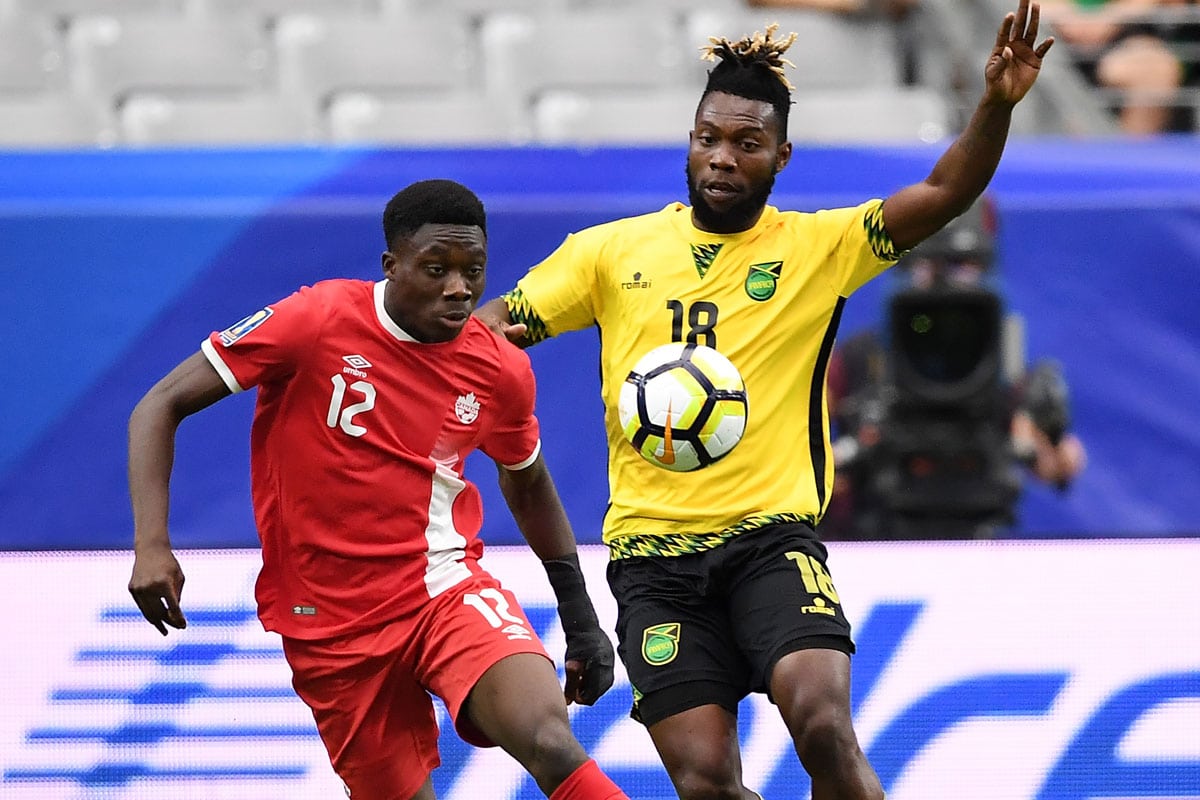 Scoring another goal against Costa Rica secured him the tournament's Golden Boot – the youngest player to ever win the trophy – and the Young Player of the Tournament award. Going by the accolades alone, Davies is already a player of many records, but it is his playing style that has scouts excited.

Physically Davies has no problems withstanding the rigours of senior football in Major League Soccer, and he puts in a defensive shift too, averaging 1.2 tackles per 90 last season.

Tellingly the 17-year-old often draws comparisons with Barcelona’s Ousmane Dembélé. He is a box full of tricks and has the ability to beat players easily in one-on-one situations, which is underlined by his 1.4 successful dribbles per game.

Davies, however, often appears to be too playful for a league that focuses on physical elements like speed and strength, which explains why he was dispossessed 1.3 times per 90 last season.

His decision making with the ball is also off at times, and one wonders whether a transfer to Europe would allow him to refine his tactical and technical abilities.

Such a move is indeed in the cards. FIFA regulations make a transfer virtually impossible before he turns 18 in November, so Davies will play the full season in Vancouver and then determine his next step.

Given the recent success of Christian Pulisic and other North Americans in Germany, the Bundesliga would be a good stepping stone for him.

But it would mean Davies would have to resist the overtures of Manchester United, Chelsea and Liverpool, who have all scouted him. It certainly won't be an easy decision for the precious teenager.