The summer of 2019 will not be fondly remembered by Newcastle United supporters.

Fans of the Magpies have had to endure the departure of popular manager Rafa Benítez, the failure to sign 12-goal loan striker Salomón Rondón from West Bromwich Albion, and an unsuccessful takeover attempt by a Dubai-based consortium at the end of last season.

As if that wasn’t bad enough, Mike Ashley then appointed former Sunderland boss Steve Bruce as manager in a move widely ridiculed by the football community.

But the green shoots of recovery might be surfacing on Tyneside, with Newcastle starting to make waves in the transfer market as we enter the final days of the window.

Bruce’s side have already gone some way to addressing their shortcomings by recruiting 22-year-old Hoffenehim striker Joelinton for a club-record fee of £40million. Now theylook set to make OGC Nice star Allan Saint-Maximin their second major addition of the summer.

A £17million deal is due to be completed for the French winger, in a move that could have a significant impact on Newcastle’s attacking potential and their likelihood of avoiding the drop this season.

The 22-year-old will bring a sense of dynamism and width to St James’ Park, in an area of the team that is woefully lacking in quality.

Matt Ritchie and Javier Manquillo have the ability to play as wing-backs if Bruce elects to operate with a back three, and both Jacob Murphy and Christian Atsu are more natural wingers. But none would be regarded as top Premier League players despite their best efforts. 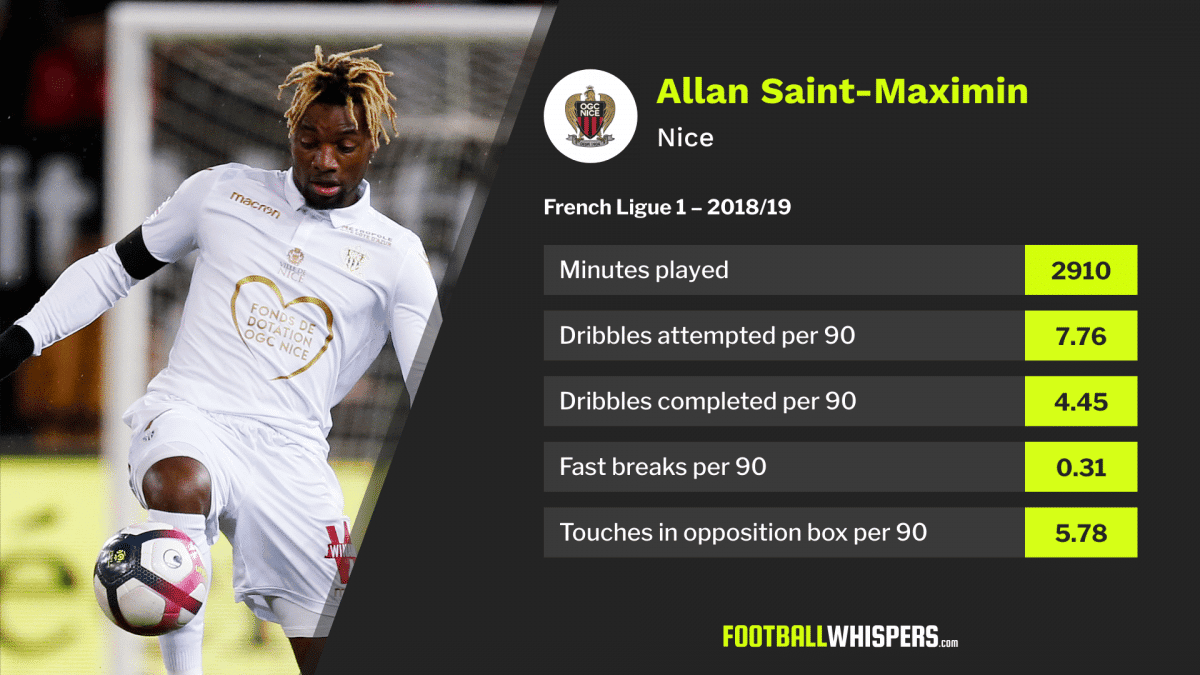 Saint-Maximin is a game-changer in that regard, and his statistics from Ligue 1 last season indicate he will provide supporters in the North East with excitement in abundance.

The former Saint-Étienne and Monaco man is the definition of a ‘chalk on the boots’ winger and attempted the second most dribbles of any midfielder in the French top flight last season (7.76 per 90).

That would mean very little if he was constantly dispossessed when running at opposition defenders, but Saint-Maximin also completed an average of 4.45 dribbles per game, which was only bettered by one of his fellow midfielders.

With Newcastle predicted to struggle in 2019/20, a counter-attacking philosophy may be the order of the day against some of the Premier League’s better sides.

The French Under-21 international’s 0.3 fast breaks per 90 – the second best of Ligue 1’s midfielders last season – indicates his pace could be a major weapon in the Magpies’ armoury.

A swashbuckling style is very much Saint-Maximin’s forte and the winger loves to get forward at any opportunity, recording an impressive average of 5.78 touches in the opposition box during the 2018/19 campaign.

Newcastle fans may be worried about a lack of end product after a relatively uninspiring six league goals and three assists last season, but they needn’t be concerned – the Paris-born wide man ranked 11th for big chances created among midfielders in France (0.34 per 90) and was inside the top ten when it came to shot assists from open play (1.48 per 90).

Saint-Maximin’s impending move to St James’ Park looks to be a key piece of business by Newcastle. A team bereft of attacking talent will suddenly find itself with a solid core of forward-thinking players in Miguel Almirón, Joelinton and their latest French addition. 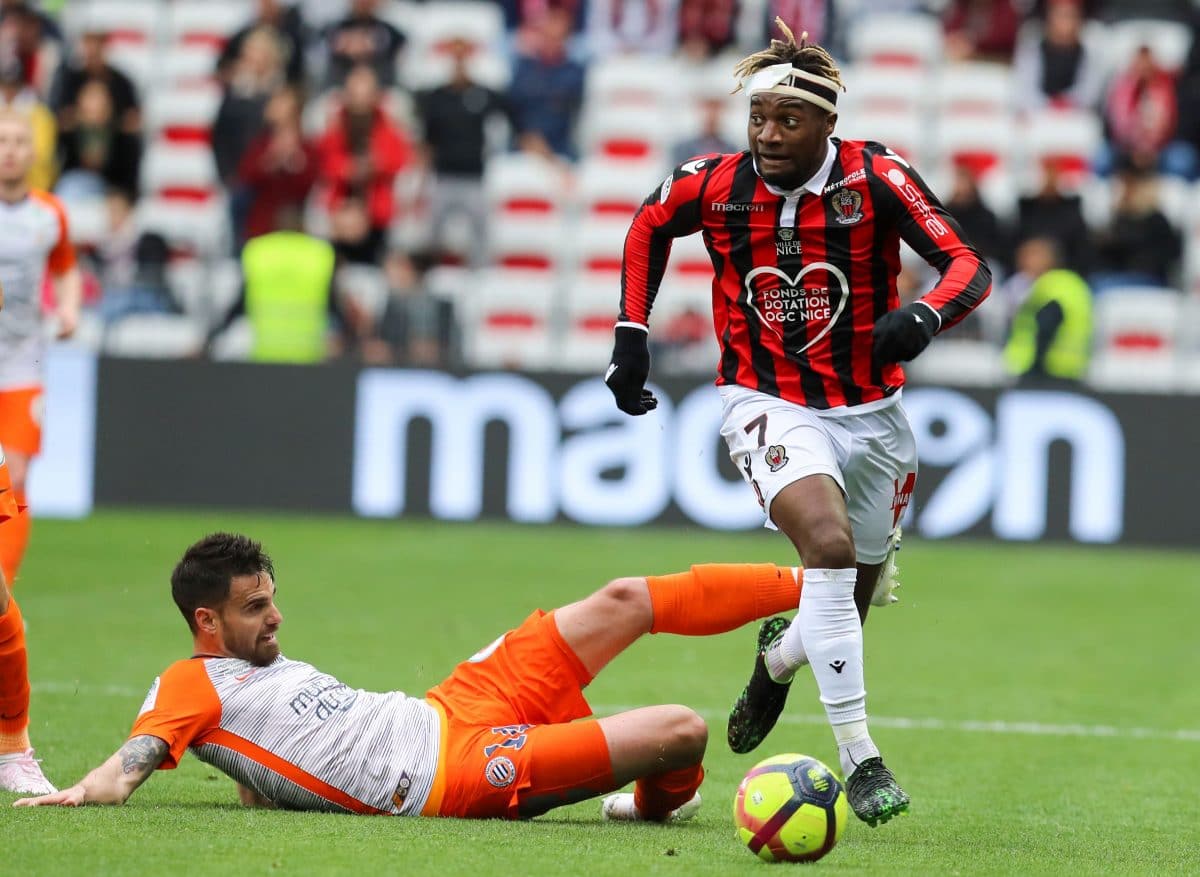 While there is still plenty to do in the final days of the transfer window – notably signing a left-back and another striker – the building blocks are now in place and Bruce can look to construct a team around this trio .

The quick feet and boundless energy of Saint-Maximin will be key to their success, and his impending arrival might just be the most important addition to the Magpies’ dressing room this summer.