With the opening game of Euro 2020 between Turkey and Italy in Group A upon us, we're taking a look at each nation's home and away kits and telling you which ones we prefer. Warning! Some of these kits are hard to look at and may make you feel nauseous, while others are so nice they may even have you switching allegiances. 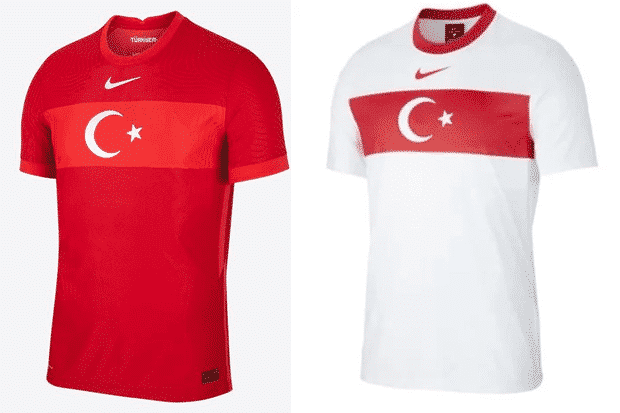 Nike have produced a very simple but smart set of kits for Turkey. The home shirt features first and is mostly red with some white, much like the Turkish flag, while the away kit is white with a thick red stripe across the breast.

We prefer… Both! Simple but effective. 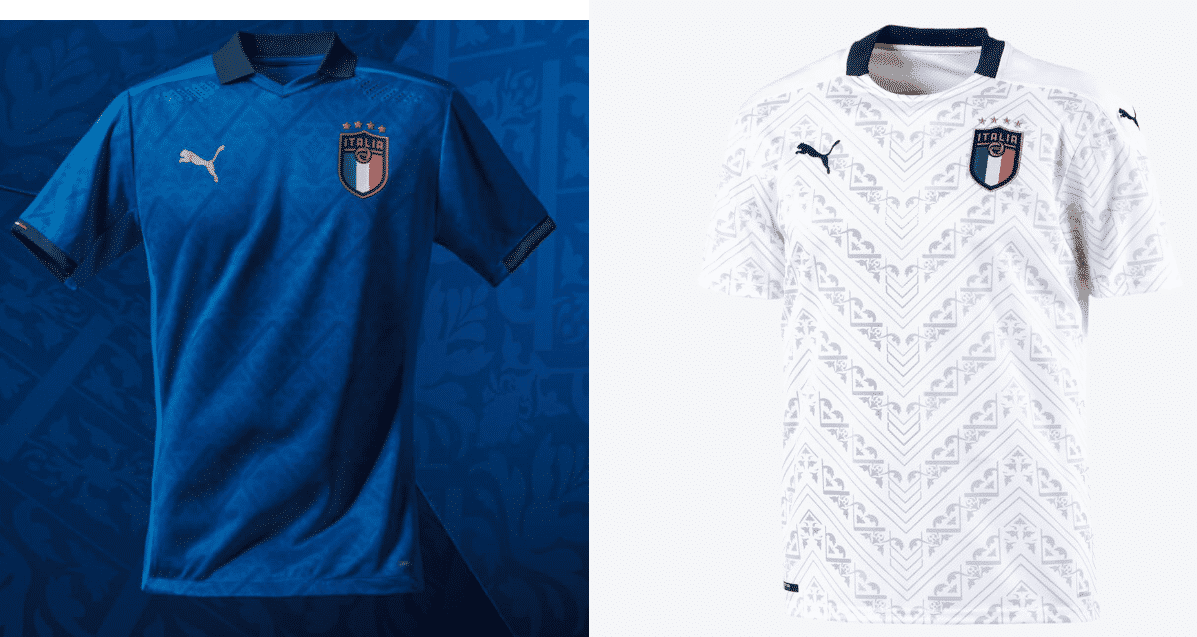 The Italy kits are produced by Puma and we think they have done a really nice job with the home shirt, that classic blue you associate with Italy, while the away kit feels like a throwback to the 1990s with its chevron pattern.

We prefer…. the home kit! Sleek and stylish. 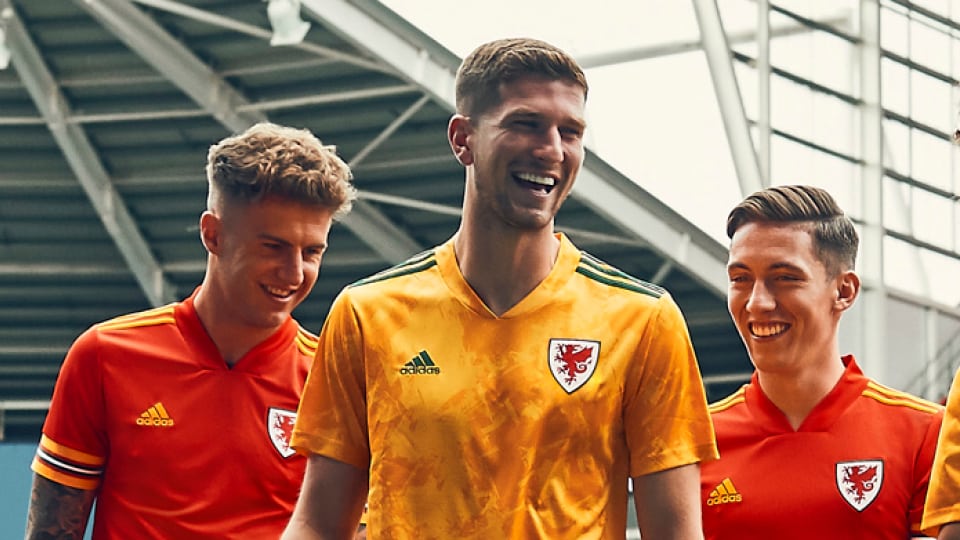 The red and yellow of the home shirt makes us think of Spain more than it does Wales, but that could just be down to seeing the Spanish kit at more major tournaments over the years. Addidas have done a really good job with the home shirt and while we're not so keen on the pattern on the away kit, we do really like the yellow and green colours. 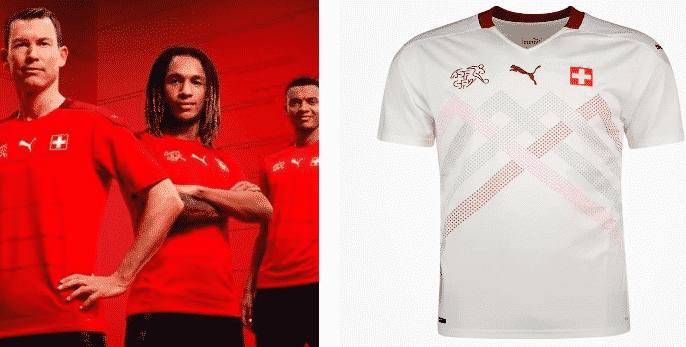 We're not convinced that Puma have done their best with the Swiss kits. The home shirt is all red and pretty simple, while the away shirt is the one people are going to be talking about the most. The odd pastel colours in the form of chevrons on a plain white shirt will divide opinion but it is certainly unique.

We prefer… the home shirt, but even that doesn't particularly float our boat. The away kit just looks wrong in so many ways but mostly the colours 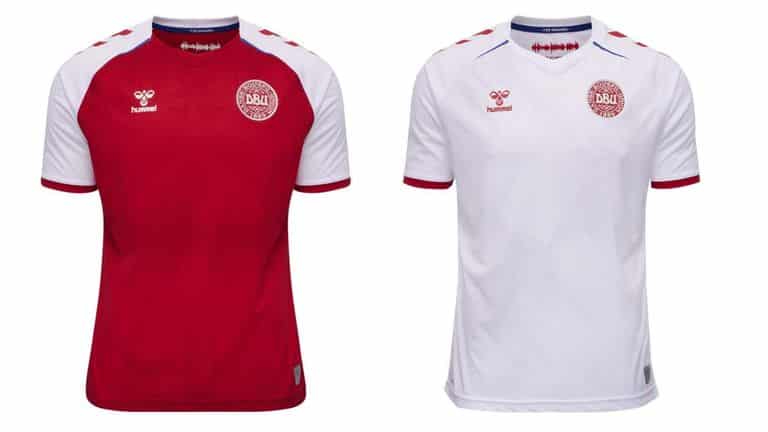 Hummel have gone with a classic style for both the home and the away kits for Denmark, they might not be new or outstanding but they are smart and represent the nation's famous colours.

We prefer… the home kit, has a bit more to it than the away shirt but both are crisp and clean looking. 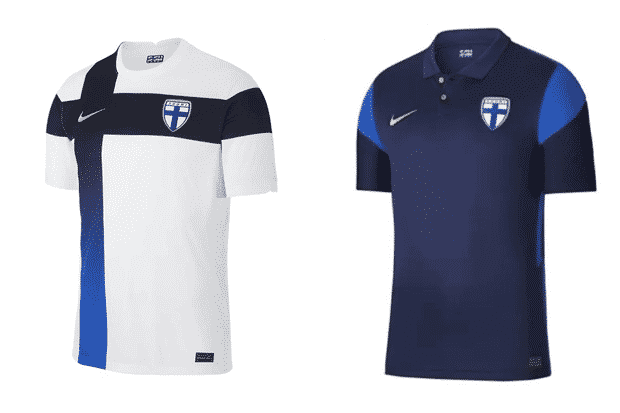 Nike have presented a mixed bag with the Finland home and away kits. The home shirt (left) embodies the Finish cross in two tones which stand out really well against the white base, certainly one of the more interesting shirts we will see at the Euros. However, the away kit looks more like a training shirt and the sleeves would look better if they were all one colour like the main body of the shirt.

We prefer… the home kit, easy choice. You know just who is playing when you see that blue cross on a white shirt, lovely! 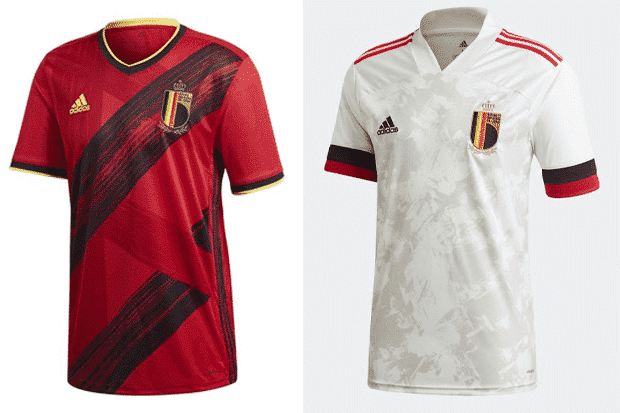 In our opinion, this isn't Addidas's finest hour. The home shirt looks like it has been run over, leaving tire tracks behind, terrible. The away shirt looks a bit neater but weren't not keen on the pattern

We prefer… the away shirt, though that's more down to how bad the home kit is, what were Addidas thinking?

Addidas have gone a little safer with Russia's home and away kits and there is one we much prefer to the other. The home shirt (left) is red with white cuffs and colour, not too keen on the pattern which only goes up to the breast and is then replaced by plain red shoulders. This pattern is less obvious on the white shirt which also has an attractive blue and red stripe across the centre that matches up with the cuffs and creams Russia.

We prefer… the away shirt hands down, it's smart and lets you know just who you are up against, good job Addidas. 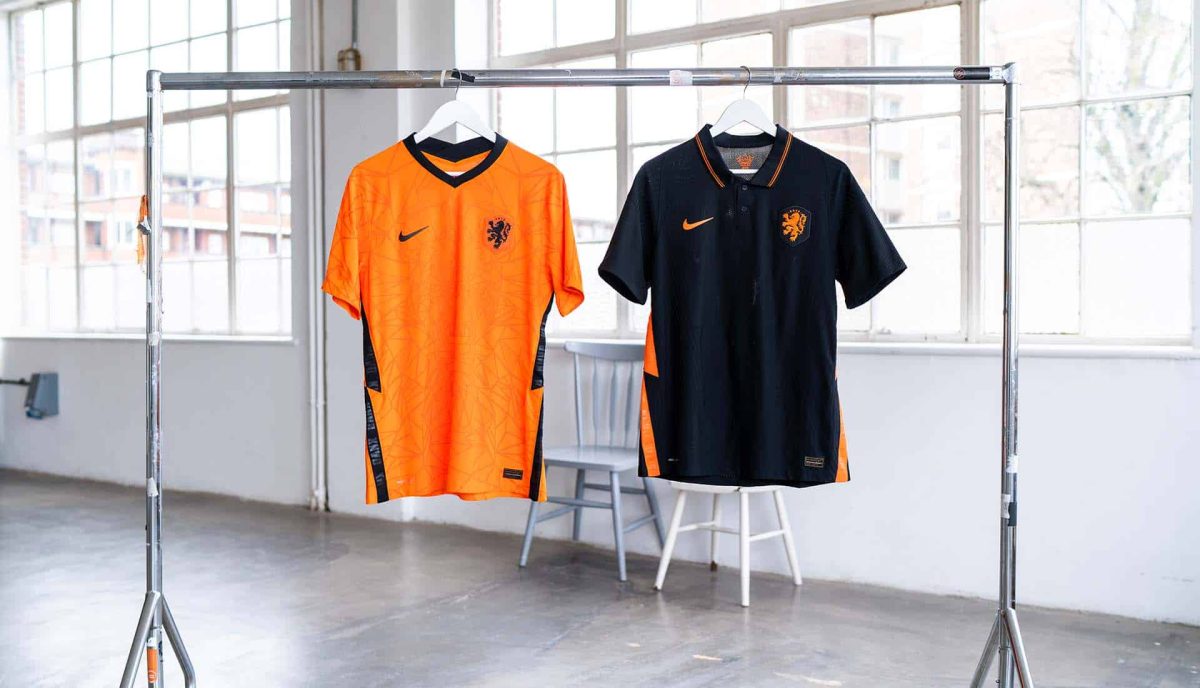 The Netherlands' kit has once again been produced by Nike and both the home and the away shirt stand out and make you think of total football. We're not overly keen on the lightning style marks down either side of both kits but they don't take away from what is no considered a classic football kit.

We prefer… BOTH! hard to choose between them as one is simply the reverse of the other and they both work. 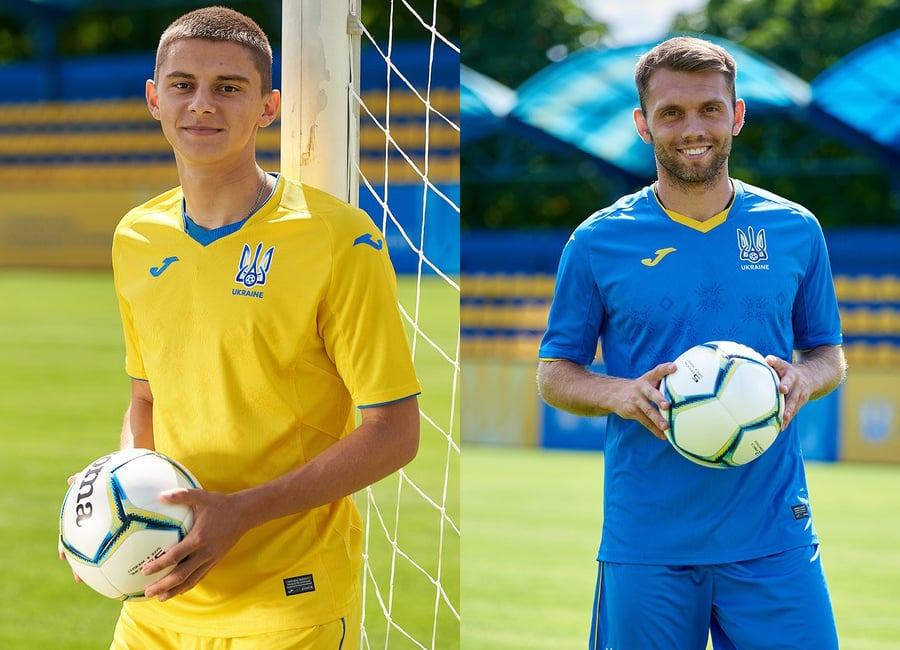 Joma make the Ukraine kits and while they aren't going to set the world alight, they are both clean, simple and represent Ukraine's famous colours.

Puma have produced some great kits for teams playing in Euro 2020, but the Austria kits are simply ugly. The home kit has faded white dots all over it and the away shirt uses a horrible mint green colour and has a bizarre pattern covering it.

We prefer… Neither if we're honest, both are shocking. If we had to wear one it would be the home shirt but what are those dots about?

North Macedonia have worn some crazy kits over the years and from the first look, these kits don't seem to be in that category. however, if you look closely at the design on both shirts you will see a picture of an animal, some kind of big cat. We don't usually go the crazy kits but we have a soft spot for Jako's North Macedonia shirts.

We prefer… BOTH! These two shirts are very cool looking and just offer something a bit different to the rest of their Euro 2020 competitors. 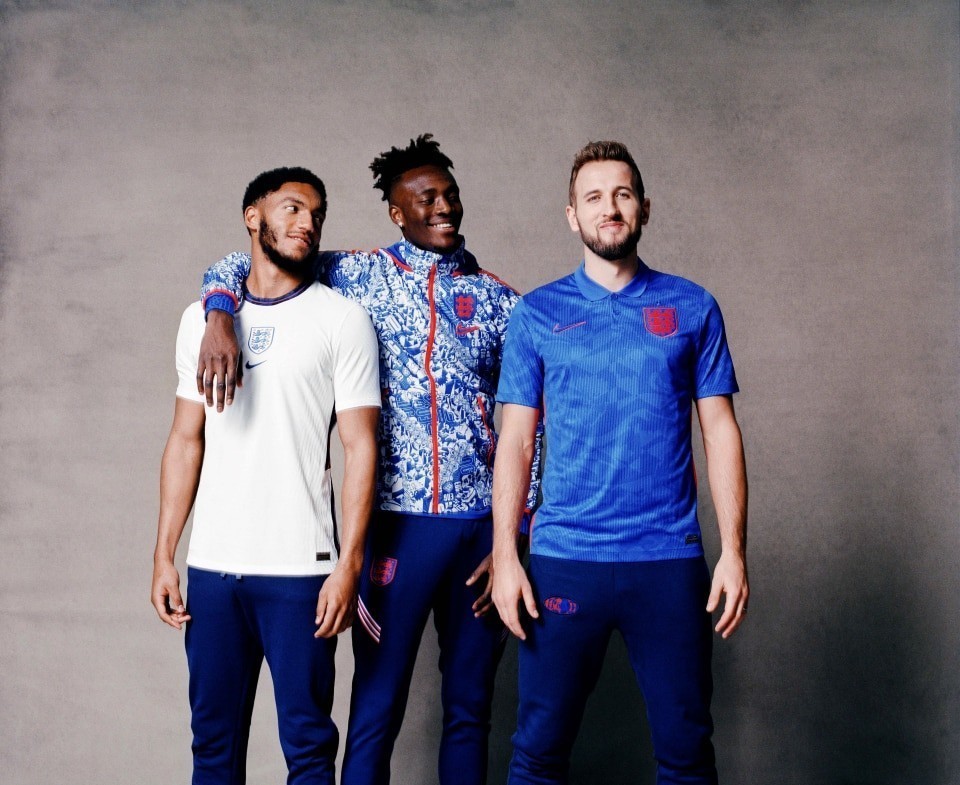 A tale of two stories. We love what Nike have done with the home kit, a truly classic England shirt, but what is that away kit about? It looks like one of the Netherlands rejects away kits and we're hoping England don't have to use it very often.

We prefer… the home kit obviously! People might buy the away kit but it won't be going down as an England classic that's for sure. 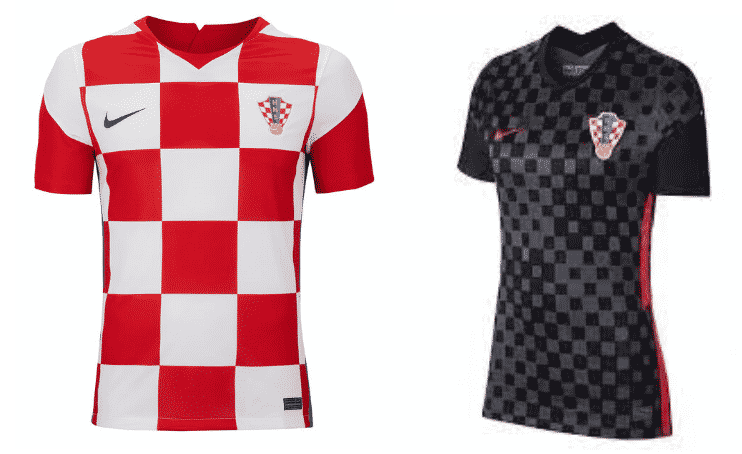 Just like w said above, Nike have done a great job with the home shirt as it screams Croatia, but the away kit will not stand the test of time and just looks odd to us.

We prefer… once again the home shirt wins hands down! 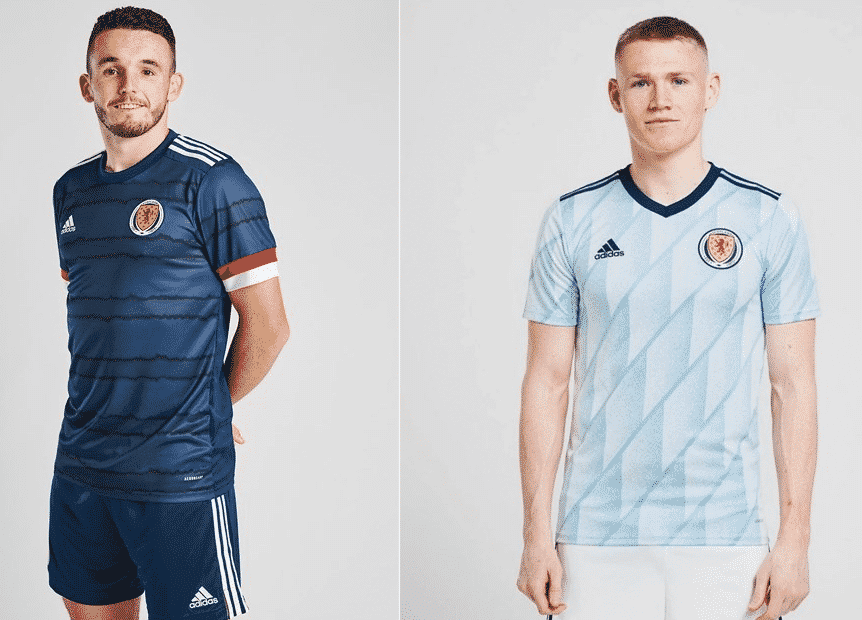 Scotland have had some classic kits over the years but we're not sure these will fall into that category. The home shirt isn't too bad, maybe a little busy and the away kit feels like a throwback to the early days of the Premier League and those 90s horror kits full of strange patterns.

We prefer… Neither! Too much going on, would have looked better without the two patterns. 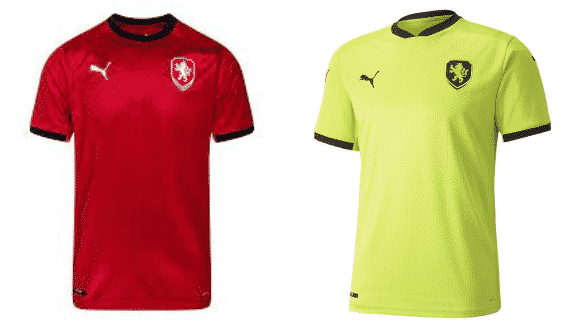 The home shirt is very simple and looks like something you would expect to see the Czech Republic national team in, while the away kit is bright and stands out, but still remains simple and stylish.

We prefer… even though it is far less ‘Czech' than the home shirt, the away shirt is our favourite by a mile, we just love the colour.

What can you say, two very different kits that will stand out at Euro 2020, but that isn't always a good thing.

We prefer… The home shirt as it does at least keep hold of those traditional Spanish colours, but we're not impressed with the different coloured quarters. 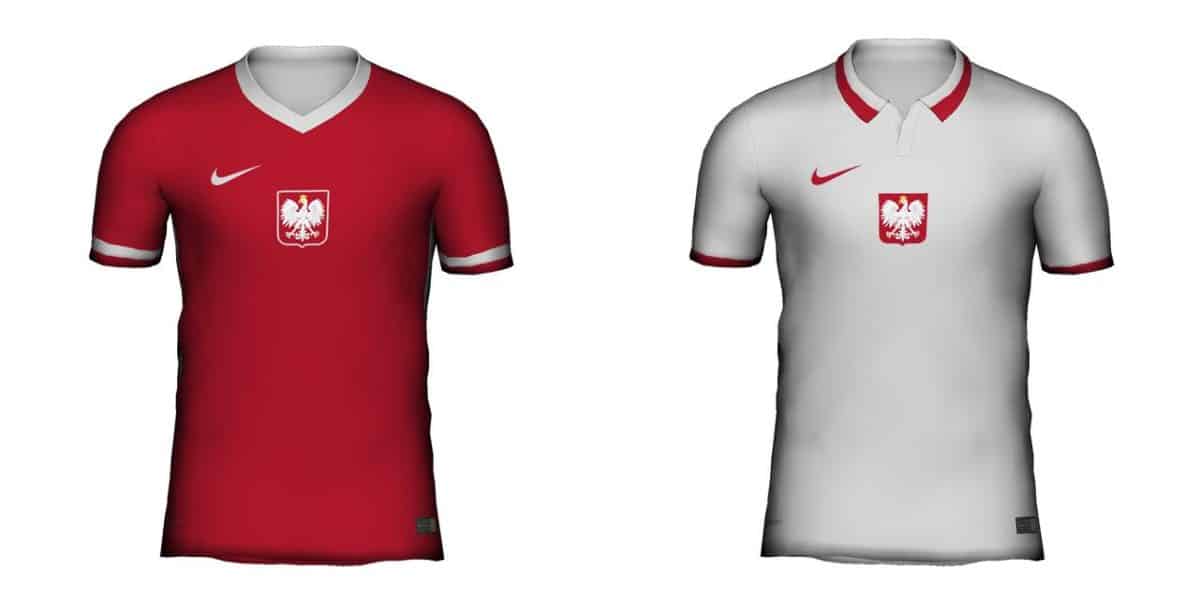 Nike and Poland are keeping it simple with these classic two colour kits. The home (left) is red with white cuffs and collar, while the away kit is the reverse and it works.

We prefer… the away kit! This kit reminds us more of Poland and we're hoping to see plenty of Levandowski sporting the traditional red and white of Poland in this summer's tournament. 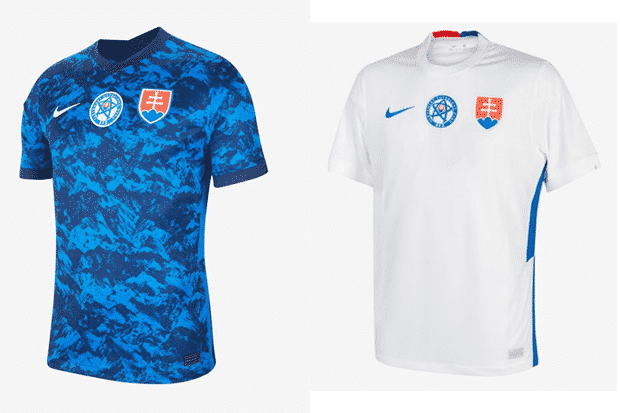 Nike have taken a gamble with Slovakia's home shirt and its camo pattern. For us, it just doesn't work and looks yet like another kit the 1990s forgot to design.

We prefer… the away shirt! yes, it's not as jazzy but it suits the traditions of Slovakia far more. 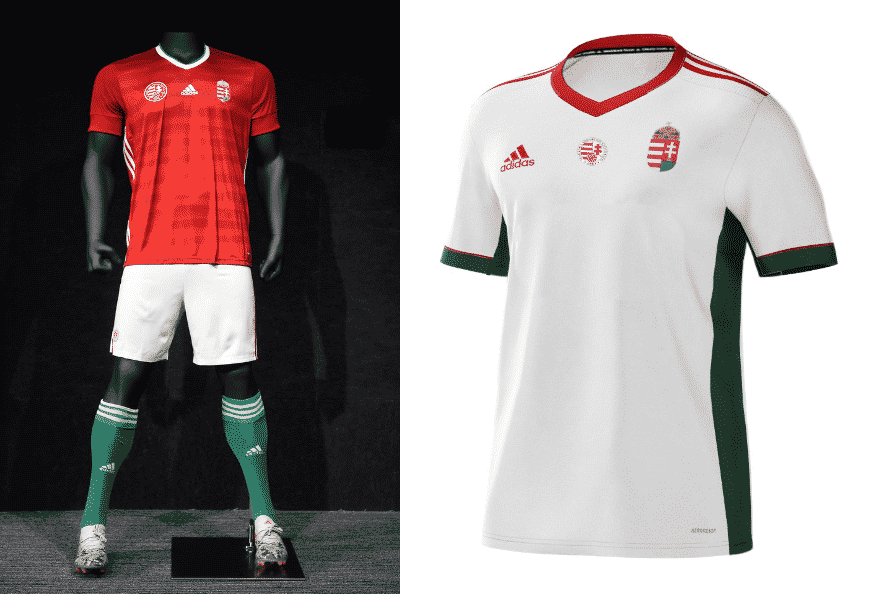 While we love seeing the red, white and green of Hungary, we're not big fans of the striped pattern on the home shirt. However, the away kit looks really crisp, clean and stylish.

We prefer… the away kit on this occasion. Love the traditional colours of the home kit but all are included in the away shirt and just look better. 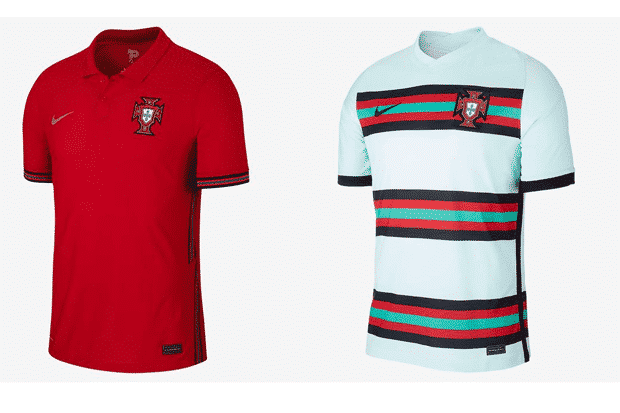 Portugal's home shirt is lovely and simple but very effective, while their away kit is just a mess and might well be the worst kit in the tournament.

We prefer… the home kit obviously, what the hell is going on with that away shirt?! 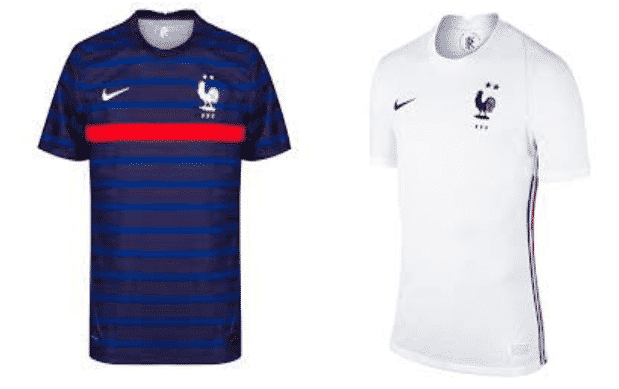 We will probably be in the minority here, but we just don't rate the France home shirt. Yes, it's smart but there is just too much going on for our liking. However, Nike did a good job with that really smart but simple away kit.

We prefer… the away shirt obviously. We don't hate the home kit but the away kit has a classic feel about it. 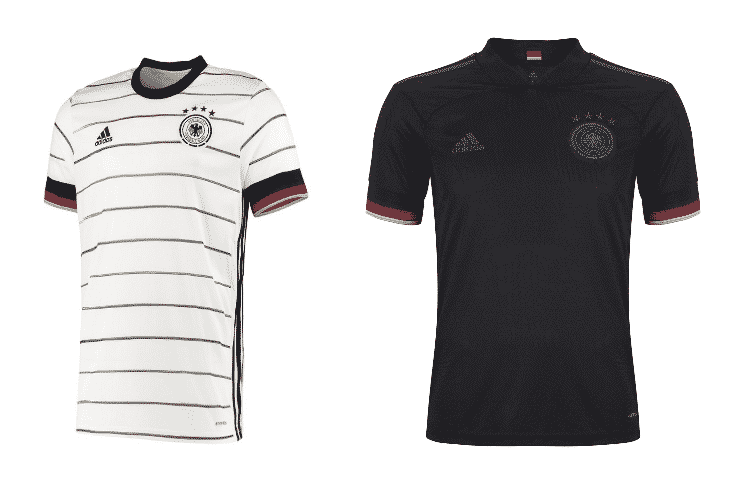 When you think of German kits, your mind doesn't jump towards horizontal lines, it should be clean, crisp and white with black cuffs and collar. The away kit Addidas have produced is so black you can hardly see the badge and logo but this is a current tend amongst many kit makers.

We prefer… Neither if we're honest. The home kit doesn't need the stripes and the away kit needs a little more to it, disappointing.