Algeria and Niger lock horns in the third Group A fixture of CAF World qualifiers. We preview this game to provide our readers with the best match predictions and tips in this post.

Algeria is top of Group A of CAF World Cup qualifiers with four points while Niger is third of the table. These teams will meet for the first time, a fixture expected to generate a lot of excitement from fans of both countries. Here are our best picks for the big game:

We think Algeria has everything it takes to score the first goal in this game. A combination of a strong defence and a good striking force should earn the hosts the first goal against unpredictable Niger.

Niger scored 4 goals against Djibouti in the last game while Algeria comes to this match with a 1-1 draw against Burkina Faso. While the visitors have struggled to find the net, we think they will score at least once in this match.

We have put together a table with the best odds, team stats and H2H details for this game below.

Most bookies, if not all, have Algeria as the clear favourites in this fixture. The hosts have been phenomenal in the final third, scoring nine goals in two games. With only one goal conceded, another match at home presents the hosts with a chance to widen their lead at the top of Group A. However, only a point separates these teams even though the hosts have scored four more goals than the visitors who have netted four times in two games. The hosts boast a better form of 14-match unbeaten run coming to this fixture than Niger that has lost 7 matches in as many games. A strong defence is another boost for Algeria coming to this game. They have three clean sheets in the last five matches while Niger has none. 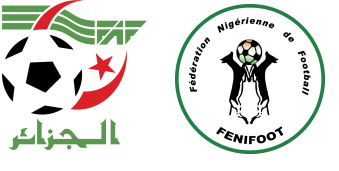 How many goals have these teams scored in the competition so far?

Algeria has 9 goals in two games while Niger has four goals in as many games.

How have these teams performed defensively in the first two games?

Algeria has leaked one goal while Niger has conceded four goals in two games.

What time will this match start?