Algeria vs Cameroon is another CAF World Cup Qualifier you should not miss in the last week of March, 2022. While many soccer fans had their bets on Cameroon to win the first leg of this duel, the Indomitable Lions couldn’t get better of Algeria’s dessert foxes even with home advantage. A trip to Algeria shouldn’t be easier either, so read on for more details about this match as well as free predictions by Football Whispers.

Algeria vs Cameroon: the Best Free Predictions by Football Whispers

After an extensive research and in-depth analysis of H2H stats, latest form, team news and available information for this fixture, our tipsters at Football Whispers have settled on the best two predictions for Algeria vs Cameroon.

We expect the Indomitable Lions to fight for a place in their next World Cup finals in this trip to Algeria. Despite losing to Algeria in the first leg, Cameroon’s away form in recent outings gives hope to punters looking to put their state in this fixture. The visitors won four of their last five away games and drew once. One of the victories in the last five away games was in penalties. The visitors have a better goals scoring record than Algeria in the last ten games, which is which why we are backing the away side to score the first goal on matchday.

This will be another difficult game in the ongoing CAF World Cup qualifiers. Thousands of fans are expected to grace this event. However, Algeria should not expect an easy sail-through in this second leg. These teams boast one victory each against each other in three meetings. Algeria has previously hosted Cameroon in a duel that ended 1-1. A similar outcome is our pick for this game as both sides look to better chances in the next World Cup finals.

The tables below feature the latest stats for Algeria and Cameroon. We have also sampled top bookmakers with the best odds for the CAF World Cup qualifiers.

Algeria will host Cameroon for the second time. The host won the first leg and look to widen their gap in this second leg of the World Cup qualifiers. However, a narrow win of 1-0 is not enough to guarantee them safety ahead of this fixture.

On the flip-side, Cameroon’s Indomitable Lions hope they can recover from the narrow defeat to improve their chances of participating in the next FIFA World Cup in Qatar later this year. The visitors finished in third-place in this year’s AFCON after a sterling performance that helped them improve their standing in World Football.

Moreover, based on how these teams fared in recent games, Cameroon has a greater scoring chance in this second leg. They dominated the first leg with 64% and had four shots on goal while Algeria struggled most of the time and had only two shots on target. 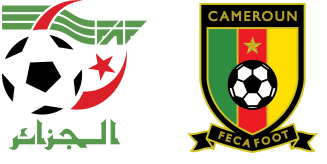 Where will Algeria host Cameroon for this fixture?

The game will be played at Stade Mustapha Tchaker in Blida, Algeria.

How did the previous meetings between Algeria and Cameron end?

Both teams registered 1W and 1D in the previous three meetings.