When Alexis Sánchez and Henrikh Mkhitaryan swapped places in January 2018, both of the clubs involved seemed content.

In Sánchez, Manchester United inherited one of the Premier League's most bewitching attacking talents; a hard-running bundle of energy, skill and craft who promised to reinvigorate their frontline.

Arsenal were happy, too. They got rid of a player who clearly wanted to be elsewhere and acquired Henrikh Mkhitaryan, a wonderfully talented – if enigmatic – playmaker to boost their already impressive creative supply.

A little over a year later, both managers involved in the transaction are gone but there has been a clear contrast in the trajectories of the two players under the new regimes.

Sánchez, who had already been marginalised by José Mourinho after a string of insipid performances, has offered little evidence that he is ready to haul himself out of his slump having remained frustratingly elusive to Ole Gunnar Solskjær's charms.

The 30-year-old won't be seen for a while either with a knee injury set to sideline him for six weeks.

Mkhitaryan is a little more difficult to figure out. The Armenian was not a disastrous signing by United but, for a £27million signing who had just been named the Bundesliga Players' Player of the Season after a sparkling season with Borussia Dortmund, he did not live up to the billing.

The midfielder offered United fans flashes of his undoubted talent – his scorpion kick goal against Sunderland obviously stands out – but often failed to assert himself in big games and struggled to maintain consistency.

For example, he started the 2017/18 season brilliantly, with five assists in three games, but following an anonymous display in a defeat to Chelsea at Stamford Bridge, he found himself out of favour, failing to even make the matchday squad in six out of the next seven league games. 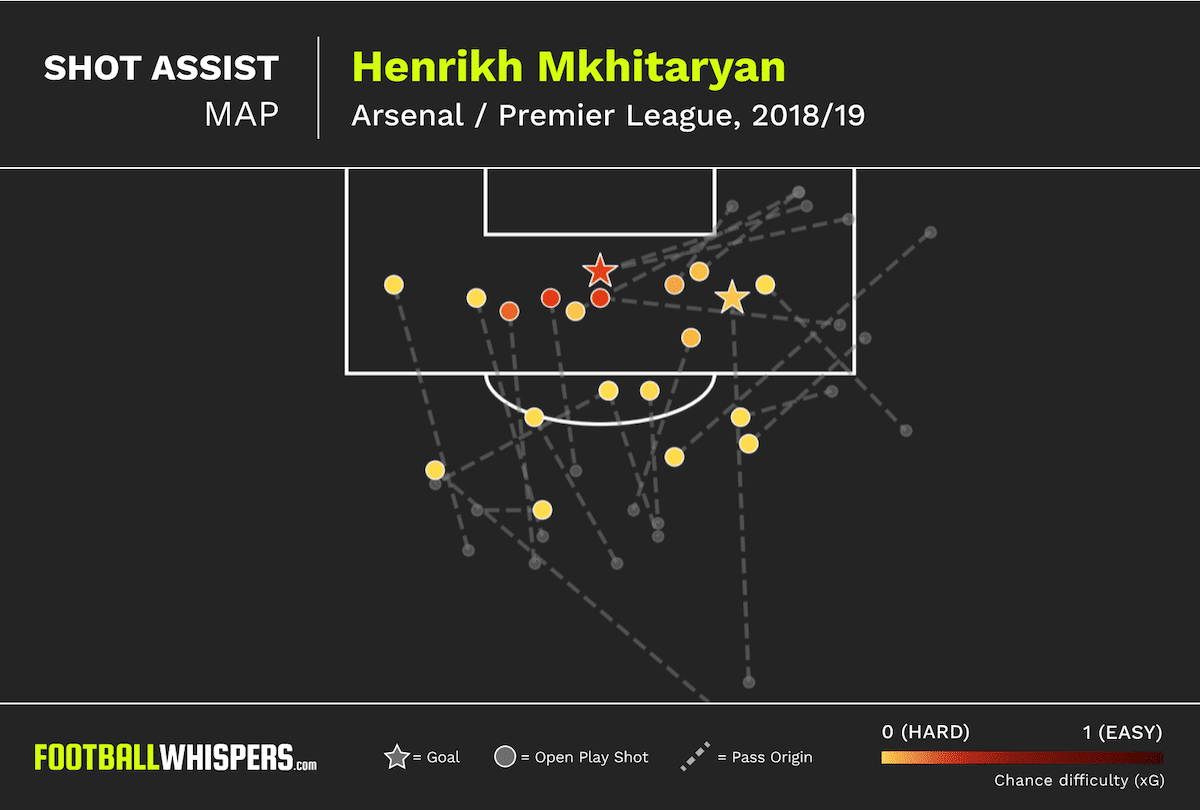 It feels symbolic, however, that with Arsenal preparing to welcome United to the Emirates on Sunday, Sánchez is reflecting on a desperately disappointing time at Old Trafford as he starts his knee rehab while Mkhitaryan is pushing to start his eighth successive game in all competitions following a return from his own injury woes, a foot problem having kept him out for almost six weeks between December and February.

Since his return, however, Mkhitaryan has enjoyed arguably his best run of form during his time in England. Straight back in against soon-to-be relegated Huddersfield Town, he played a major role in the build-up to Alexandre Lacazette's goal. His two league outings were hugely productive, too, notching two goals and three assists in the wins over Southampton and Bournemouth.

He also impressed in the North London derby draw with Tottenham Hotspur, involved in several of the Gunners' counter-attacks before playing the killer pass that led to Pierre-Emerick Aubameyang winning – and missing – a stoppage-time penalty.

Evidence of how much Unai Emery seems to value the Armenian came on Thursday night, too. After Sokratis Papastathopoulos' red card against Rennes, instead of taking Mkhitaryan off, he switched him to right-back while Alex Iwobi, who scored Arsenal's only goal, was sacrificed shortly after half-time.

Mkhitaryan's stats tower above Sánchez's too. This season, the former has scored six goals and added five assists in the league, or 0.46 and 0.31 per 90 minutes to rank him second and seventh respectively among midfielders. The South American, however, cannot match that scoring output, with 0.11, but has averaged 0.34 assists per 90 and perhaps deserves more than his three assists overall given he has created six ‘big chances'.

Mkhitaryan has also been much more effective and clinical from open play. In fact, his open-play goals-xG ratio (including first contacts from set pieces) of 2.07 (after scoring six open-play goals against an open-play xG of 2.88) illustrates how ruthless he has been at times when Arsenal flood forward. 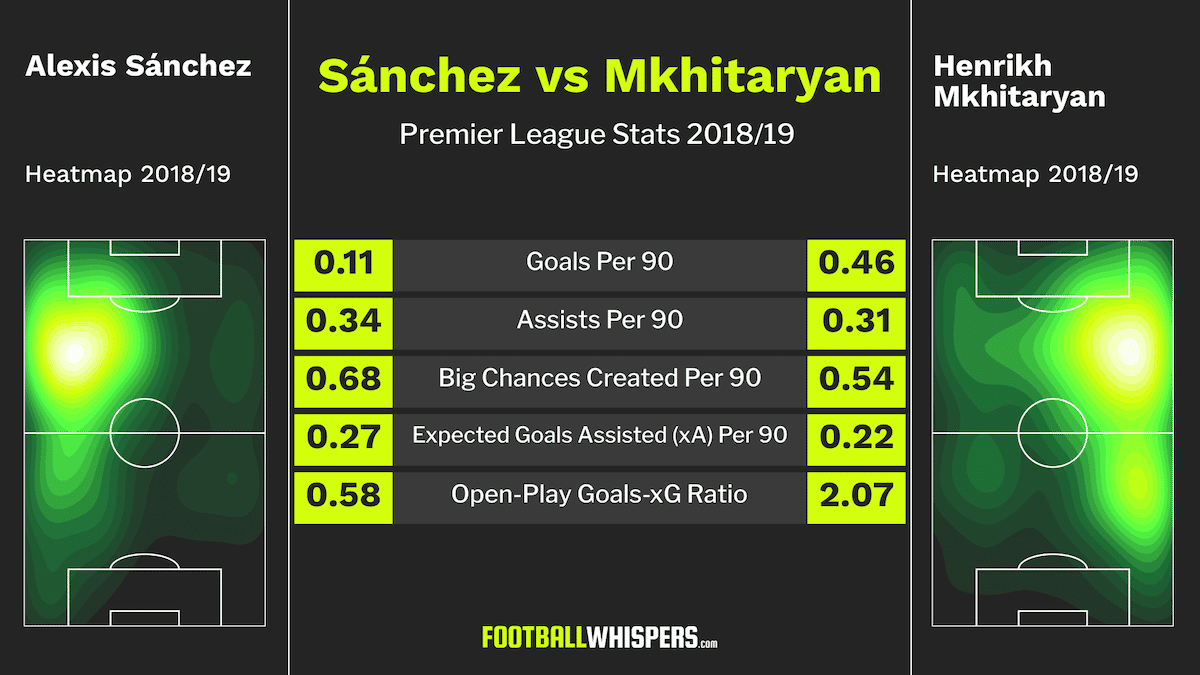 Beyond the stats, there is clearly a psychological dimension to consider here. Sánchez's pay packet at Old Trafford has fed the tabloids throughout his 14 months in Manchester while he has also had to contend with reports of him essentially being a sulky loner around the club's Carrington training base.

Pressure on the Chilean has been immense and, through a combination of injuries and deserted confidence, that pressure has weighed heavily on his weary mind. There was hope that scoring a fine goal against Arsenal in the FA Cup may breathe new life into him but there has been no regeneration.

Mkhitaryan has felt less burdened. He never quite won Mourinho over but the Armenian has benefitted from Emery's system at Arsenal, the fast transitions between defence and attack often bringing out the best in the midfielder.

Now, with Sánchez out of the picture ahead of Sunday's encounter, Mkhitaryan has the chance to dent his former side's top-four ambitions and halt the Solskjær hype train.

Hopeful United fans will claim there is still time for Sánchez but, whatever way you look at it, Arsenal are the ones feeling the benefit of last year's swap.