Premier League clubs appear to finally be catching on.

It's no longer a secret that Ligue 2 is a division producing several of the most exciting young talents in European football. And, unlike other leagues, there's still value for money when shopping in France's second tier.

According to reports, Arsenal and West Ham United are interested in Lorient attacker Alexis Claude-Maurice.

Who is Alexis Claude Maurice? pic.twitter.com/y3s7M4678i

The 21-year-old Clairefontaine graduate, who starred alongside a certain Kylian Mbappé at the prestigious French academy, shocked many when he rejected Lyon's offer in 2014 to move to Brittany.

While he didn't immediately explode onto the scene like his former team-mate, Claude-Maurice's ascent after making his debut has been just as quick.

He's the latest player to be courted by big European clubs after impressing in the second tier in France. Ferland Mendy, close to a £50million move to Real Madrid if reports are to be believed, joined Lyon from Le Havre in 2017 for just £5million.

Bundesliga team RB Leipzig are famed for the ability to spot youngsters with world-class potential.

In 2017 they raided Sochaux to sign 18-year-old Ibrahima Konaté. The French centre-back is one of the main reasons Die Bullen aren't against selling highly-rated Dayot Upamecano, also rumoured to be an Arsenal transfer target.

With clubs unable to compete with the riches of Paris Saint-Germain, they invest the money and time into developing youngsters and it's why France is an ideal hunting ground for many of Europe's elite clubs. The fact Arsenal are reportedly interested in Claude-Maurice shows they're learning from previous, big money mistakes.

He's exactly the type of player they should be targeting to get back into the Champions League. While West Ham probably see him as a player who could go under the radar initially but who ultimately helps fire them into Europe.

The next Thierry Henry?

At times it is a lazy comparison to make.

A Frenchman, primarily right-footed, deployed on the left with a swagger on the ball is the next Henry. Anthony Martial carried the label for a season or two. Mbappé, too. Now it'll be the turn of Claude-Maurice.

This time around, it might not be as far-fetched. Yes, he does like to drift inside from the left and, yes, he does have an almost arrogant calmness to his game when in the penalty area, but many others do.

What Claude-Maurice shares with Henry, however, is just how unpredictable he is as a player. For starters, he can score with either foot from an array of angles. 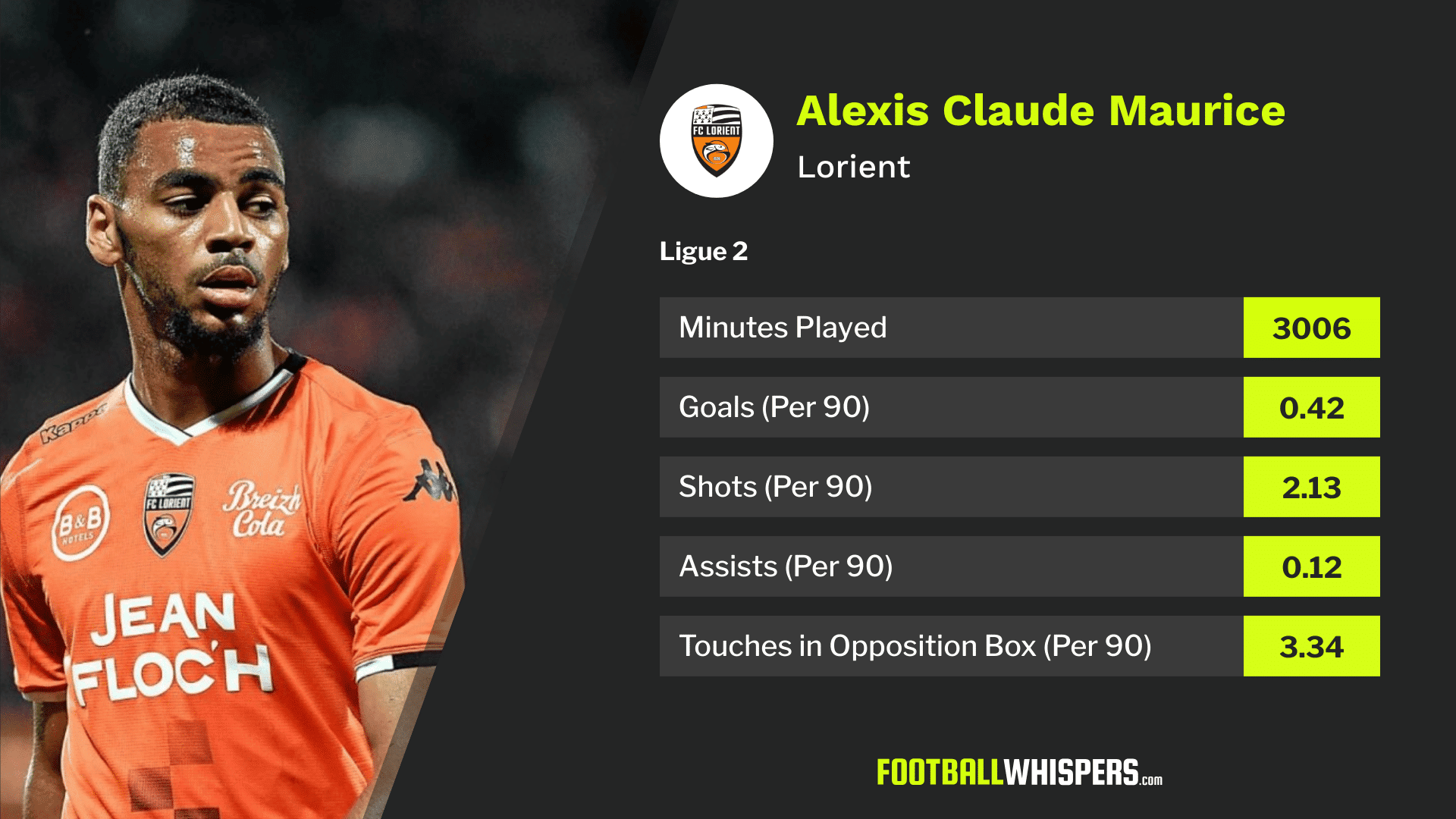 He scored six of his 14 goals from outside the area. In isolation, it sounds a lot and, for many, that return would not be sustainable.

For example, he takes 2.13 shots per 90 and, of those, 55 per cent of them come from outside the penalty area. His goal return is split 57-43 in favour of strikes inside the box.

In short, whereas other players waste shots from 18-yards or more, Claude-Maurice is basically just as efficient outside the area as he is in it. His shot accuracy for the season comes in at 46 per cent.

Defenders struggle against him, too. If they stand off then he has the ability to score from distance. Get too close and he has an Eden Hazard-esque dribbling ability which allows him to breeze past opponents and get into more, traditional, dangerous areas. For even more context, he completes 67 per cent of the 3.89 dribbles he attempts.

He can beat opponents. He can score from distance. He can score with either foot. Claude-Maurice is an all-round danger and a host of Premier League clubs could do with a player of his style.

The 21-year-old seems readymade for the English top flight and for anything under £20million he is potentially the signing for the summer.