For the first time this season, Arsenal started a match with Alexandre Lacazette, Pierre-Emerick Aubameyang and Nicolas Pépé in the attack for the visit of Tottenham Hotspur. Unai Emery took a gamble – just as he had in the previous match against Liverpool – and it didn’t really pay off.

The Gunners may have shown great mental fortitude to come from 2-0 down to snatch a draw at the Emirates but the dynamic in the forward line was lacking. Perhaps it's premature to judge the trio off the back of a single start together but there weren’t even any glimpses that these three could work together properly.

Lacazette and Aubameyang got on the scoresheet so the experiment could be deemed a success, but the three forwards didn’t seem on the same page. The idea, at least in theory, is to replicate what Liverpool have managed to create.

Sadio Mané, dominant on his right foot, cuts inside from the left and Mohamed Salah does the opposite on the left flank. Roberto Firmino, deployed centrally, is the man responsible for creating space for both to exploit. Not only that, he’s there to link play and, at times, that means he has to sacrifice himself.

Without the Brazilian, Liverpool don’t look as dangerous. He might not be the most prolific but he’s a facilitator. Without him, the other two aren’t as much of a threat.

Arsenal found the back of the net twice on Sunday but their attacking play was far from fluid. Lacazette scored the first but, for the most part, his movement was flat. He lacked a little bit of the bubbly.

His reluctance to play the sacrificial role in the front three limited what Arsenal could and couldn't piece together. Unlike Firmino, the Frenchman wasn't looking to drop deep to knit play together and instead remained high. The knock-on effect was the Gunners couldn't isolate players. They couldn't stretch a Spurs defence determined to stay narrow. 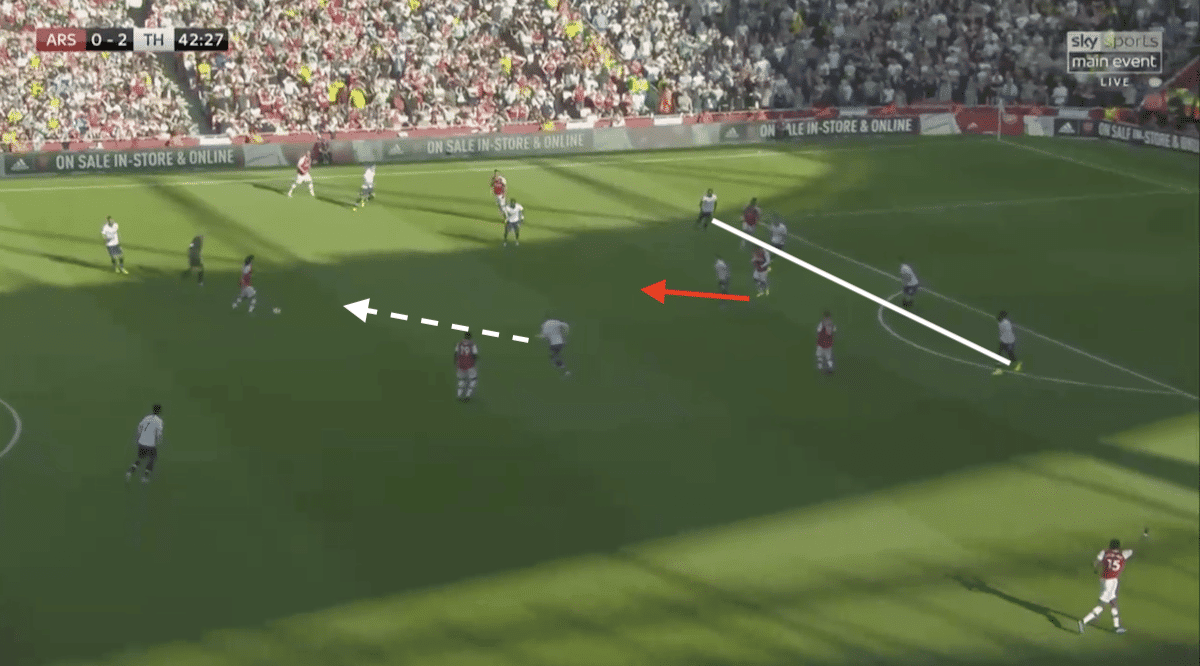 You can see the problem it caused in the still above. Mattéo Guendouzi is in possession and looking for a pass. Christian Eriksen is moving to press him and this cuts off the pass to Lucas Torreira. To keep possession, the French midfielder switches the play to Ainsley Maitland-Niles – exactly what Spurs want.

If Laczazette looked to move to the right of Harry Winks he would have opened Spurs up in a central area. Either Winks tracks him and the pass to Torreira isn't quite as risky or the Arsenal No.9 can receive the pass and work the ball to the Uruguayan himself. It's clear in the picture.

The Gunners have two players around Winks and should make it count. If Danny Rose commits to pushing on to press Torreira then the switch to Maitland-Niles would force Jan Vertonghen into covering. You then get Aubameyang up against Alderweireld in the penalty area with the Belgian having a lot of space to defend.

This sort of move is one Liverpool look to orchestrate and it's why a number of their goals end up being tap-ins. All because of the work in the build-up. 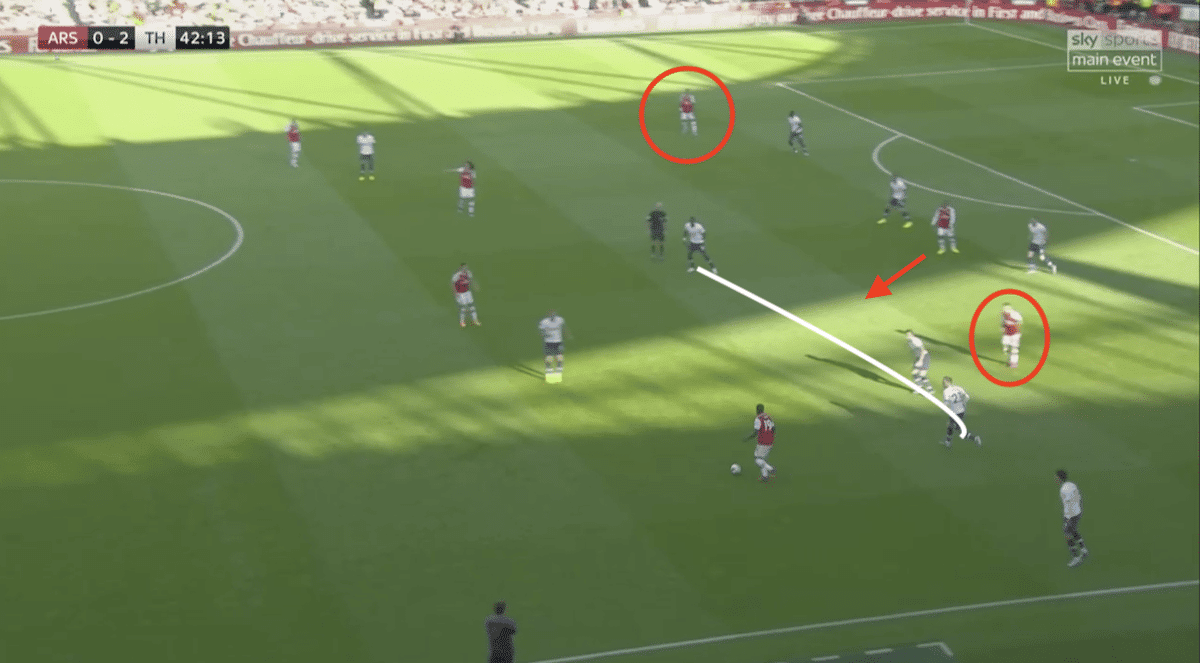 The same sort of issue appears in the above picture. Pépé picks the ball up on the right and cuts inside. The Spurs midfield isn't well-positioned and there's a gap to play a pass. However, Lacazette is on his heels and Toby Alderweireld is able to smother him. The former Lille man then plays a pass to Guendouzi and Arsenal switch their attack to the left flank.

However, had Lacazette dropped a little and been alert he could've received the ball and played it to Torreira who has positioned himself intelligently after a forward run. Alternatively, the Arsenal No.9 could have looked to work a pass to Aubameyang who has isolated himself against Davinson Sánchez – out of position at full-back.

These are just two instances but there are countless others from the draw. Lacazette's static style meant it was easy for Spurs to defend the way they wanted. Both Arsenal goals arrived after good movement. Pépé had a lot of joy on the right while Aubameyang was a constant threat on the left. But without the opportunities to exploit space or drift inside, his threat was limited.