Italian football history is littered with uncompromising centre-backs and ruthless ball-winners. It is these players who, combined with the overarching tactical themes on the peninsula during the 1960s, gave calcio a bad name.

The great Milan and Inter sides of the era were viewed as fundamentally reactive and overly pragmatic; their defence-first style epitomised by the presence of workers and hard men. Catenaccio (roughly translated as the door-chain) bred results, but it also bred a pejorative stereotype that marred Italy’s defenders for decades afterwards. Consequently, class was not often seen through the foreign lens of negativity.

Alessandro Nesta managed to transition seamlessly from stereotype to original throughout his career. As a centre-back, he combined the traditional Italian values – rugged marking, astute observation and a willingness to give an opposing striker a firm kick when required – with the traits of a truly modern defender. He was assured on the ball, possessed a refined touch and a remarkable ability to find the right pass. No matter the phase or the situation, Nesta never looked under pressure. He handled his affairs with composure at all times, even when his knees were dirty, he retained a certain elegance.

From an early age, it became quite clear that there was only one club that could win the budding defender’s heart. Growing up in Rome to a family of Laziali, there was simply no discussion when it came to Roma vs Lazio. When a Roma scout by the name of Francesco Rocca came calling, his offer was staunchly rejected.

Rome doesn’t breed footballing careerists, it breeds pure loyalty. Nesta’s father wouldn’t allow his boy to play for the other team, even if it meant putting young Alessandro's career on the line. Francesco Totti can tell a similar tale: one of Roma posters on the wall and a childhood obsession with Giallorossi icon Giuseppe Giannini; turning down Lazio and waiting, correctly as it turned out, for his heroes to give him a chance. Like Totti, Nesta bided his time and, eventually, the right team came through – he would join Lazio’s youth system at the age of nine. 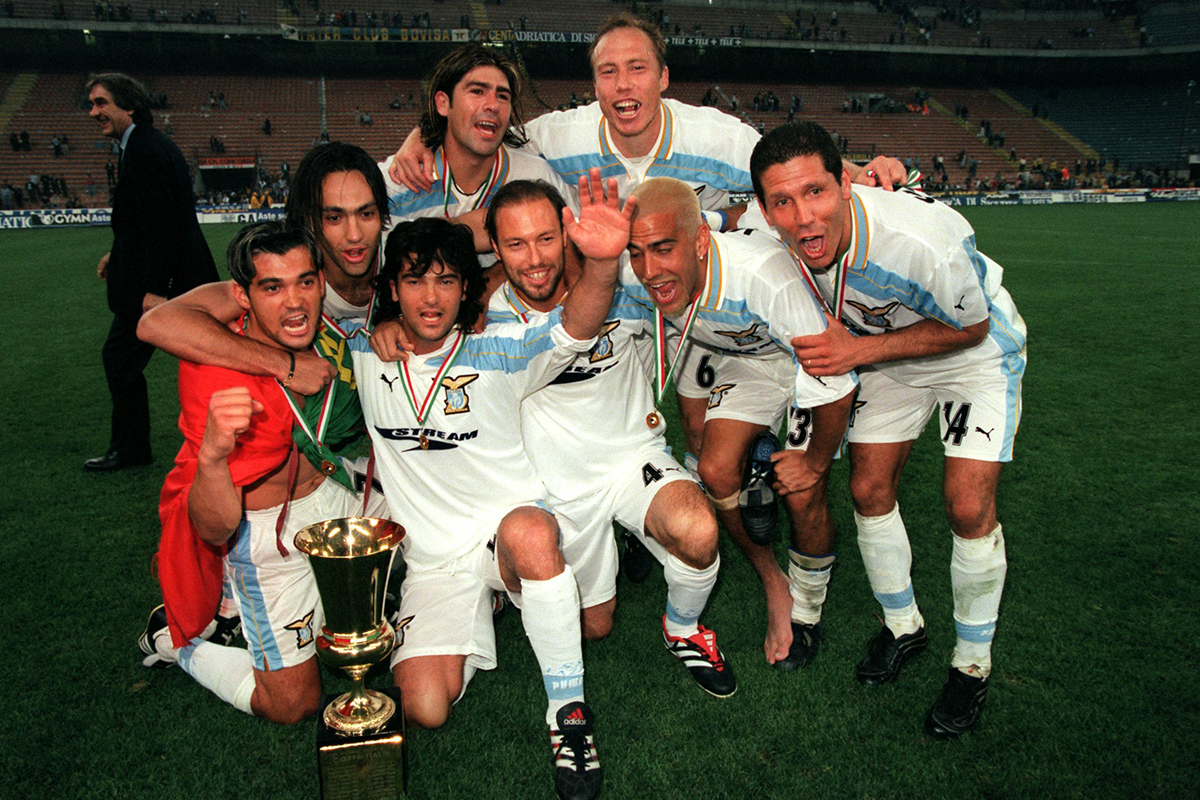 He couldn’t have joined at a more exciting time. By the early 1990s Serie A was booming in popularity, with many of world football’s star attractions deciding to leave home for Italy in pursuit of a chance to play in what was then the best league in the world. Lazio were one of its ambitious hopefuls; a team constantly on the periphery of the best but never quite among them. Strongly backed by the financial muscle of Sergio Cragnotti, one of their most impactful signatures was that of English icon Paul Gascoigne, who arrived in Rome in 1992.

Gascoigne’s signing drew a lot of attention to the club, but he would never truly shine for the Biancocelesti. The former Spurs man wasn’t helped when, in his second season, he collided with a young Nesta during a training session – the Englishman coming off worse, his leg broken. Both players came away from the instance in tears, but while Gascoigne retained his cult status, Nesta was booed by his own fans for weeks afterwards.

Having been given his debut in that 1993/94 season by Dino Zoff, this experience must have been a particularly chastening one for a born and bred Laziale. But Nesta wasn’t like other players. Instead of shying away, he remained an aggressive central defender, one who refused to shirk a one-on-one and threw himself wholeheartedly into tackles when the time was right.

Lazio fan gradually forgave him as he grew into a first-team player, establishing himself under the auspices of Zdenek Zeman in 1995/96 as Lazio finished third in Serie A. Zeman, a renowned idealist with a specific set of footballing principles, was perfect for the centre-back at that early stage in his career. The Czech coach wanted his teams to play out from the back, building possession with patience and skill, as part of a proactive, attacking style. A zealot, his Foggia side were one of the most attractive in Italy in the early 1990s and, despite the occasional hammering – such as an 8-2 defeat to Milan – Zeman steadfastly stuck to his principles.

Having a coach who preferred technicians to brutes was undoubtedly beneficial to Nesta, who was able to showcase his ability on the ball within Zeman’s side. Later in life, he would pay tribute to his old boss, telling Corriere della Sera: “I don’t want to forget who launched me into the game. Zdenek Zeman was fundamental for my career as he really believed in my abilities. He is a misunderstood genius.” 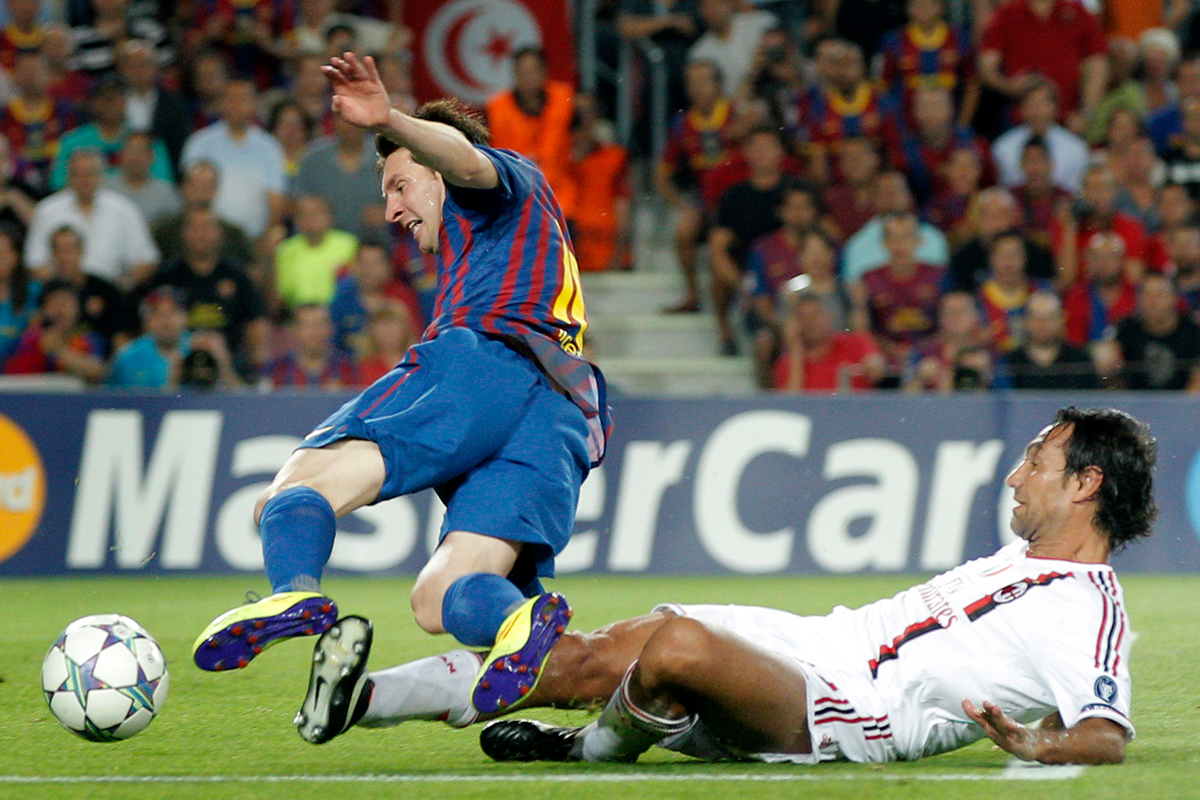 As Cragnotti pumped money into the club, Lazio would eventually lift the Scudetto in 2000 with a team that also included the likes of Diego Simeone, Juan Sebastian Veron, Pavel Nedved and Roberto Mancini. Nesta, having been appointed as club captain under Sven-Goran Eriksson, lifted the title undoubtedly with thoughts of his family celebrating. But just two years later he was on his way north to Milan.

AC paid a sizeable €30 million to sign the graceful centre-back in 2002 in a deal that was shifted along nicely by Lazio’s growing need for cash – Cragnotti had speculated too much in order to accumulate, and now one of the Biancocelesti fans’ favourite players said goodbye.

While his relationship with those who had previously adored him soured somewhat, Nesta’s move to Milan saw him lift more silverware. He had not taken the careerist option as a youth, but by this point he was approaching his late-20s and the lure of regular Champions League football was impossible to ignore. He would go on to win that very competition twice, along with one more Scudetto, under Carlo Ancelotti, a coach he described as a father figure.

Despite winning four consecutive Serie A Defender of the Year awards, Nesta was dogged by injuries when it came to his international career. He picked up injuries at three World Cups, missing the key matches in the 2006 triumph in Germany as a result.

It speaks volumes about Nesta’s tactical intelligence that he was able to play on well into his 30s, overcoming injury issues and eventually playing more games for Milan than he had for his beloved Lazio. Even as he lost his pace, he remained tough to beat. His outstanding longevity ensured that when he met Lionel Messi as a grizzled 36-year-old veteran in 2012, he was still able to halt the Barcelona legend with a perfectly timed sliding challenge in the penalty box. Timing beats speed, and Nesta never lost the former.