Following their routine 5-0 victory over San Marino in the opening World Cup qualifier, England now make the trip to Albania. The hosts only managed to secure a 1-0 win over European minnows Andorra in midweek and face a much sterner test this weekend. Read on to find all our predictions and betting tips for Albania vs England.

Our Best predictions for Albania vs England

England have won each of their four previous encounters with Albania and have kept clean sheets in three of those matches. Albania have actually only scored one goal against England before, during a 3-1 defeat back in March 2001. England claimed a 2-0 win when these two countries last locked horns in September 2001.

Harry Kane was rested for the game against San Marino with Southgate looking to unleash the Tottenham striker in the more tricky trip to Albania. Kane, 27, has netted 32 goals in 51 caps for his country and England's captain scored 12 goals during the qualification process for Euro 2020.

Albania vs England: The Stats and Odds

Albania's backline is largely based in Italy, so we're not expecting the hosts to be easy to breakdown this weekend. Captain Etrit Berisha (SPAL) should start in goal and in front of him Albania have options. Elseid Hysaj (Napoli), Berat Djimsiti (Atalanta), Marash Kumbulla (Roma), Freddie Veseli (Salernitana), Arlind Ajeti (Reggiana) or Ardian Ismajli (Spezia) could start in defence. Sokol Cikalleshi and Rey Manaj possess the main goal threat in the home side having netted a combined 15 goals in 59 international matches.

Southgate could afford not to play his full-strength side in midweek against San Marino and remain confident of an easy win, which is just what happened as Calvert-Lewin struck twice and Ollie Watkins scored on his debut in a 5-0 victory. England rested captain Harry Kane for that game, so the Spurs striker will be raring to go on Sunday. Kane top-scored for England in the Euro 2020 qualifiers and will be looking to get off the mark in the World Cup qualifiers this weekend. Harry Maguire was also rested for the San Marino game and is expected to start at centre-back alongside John Stones, who only played 45-minutes on Thursday.

FAQ about Albania vs England 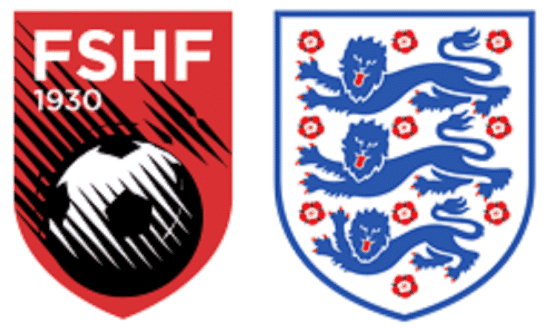