One of the two La Liga matches to be played on Sunday is the Alaves vs Real Betis duel, so let's take a closer look at the teams and what we can expect from the game.

Our free betting tips and picks for Alaves vs Real Betis

If you are unsure what is the best bet for the Alaves vs Real Betis duel, check our top betting predictions for this game:

While Alaves lost six of their seven matches in the league so far, Real Betis has done well by collecting eleven points from the first eight rounds they played in La Liga. Also, Real Betis beat Alaves in both of their duels last season in the league, so we expect the same thing to happen on Monday when they meet again.

Three of the previous five head-to-head matches between Alaves and Real Betis have gone under 2.5 total goals, so we expect to see another low-scoring match in their upcoming duel. In addition to this, Alaves only averaged 2.00 goals per game in La Liga so far, while Real Betis averaged 2.5 goals per game in the league this season.

Willian Jose to Score at Any Time

The Brazilian striker has been in good form at the start of the season and he already found the net three times in La Liga, which makes him the top goalscorer for Real Betis. Since the striker came on a loan from Wolves, he didn't play in all matches for Real Betis – he only appeared in four matches, so his tally is even more impressive.

The latest odds and stats for Alaves vs Real Betis

If you want to bet on the top odds for the Alaves vs Real Betis duel, check our list of odds chosen from the best betting sites:

Alaves vs Real Betis preview: Can Alaves avoid another defeat?

After losing the first five matches of the season, Alaves stunned everyone by beating the defending champions Atletico Madrid. However, they lost their next game once again and now they have six losses and one win, which puts them deep in the relegation zone. So, the team will have to improve on their form if they wish to avoid relegation. On the bright side, Alaves has no players on their injury list at the moment.

Real Betis started the new season in a similar form in which they ended the last one. After the first eight games, the team has three wins, three draws, and two losses. In the last five matches in all competitions, Real Betis has three wins, one draw, and one loss, so things are going pretty well for them at this time. Ruiz and Sabaly are currently injured and they will miss the upcoming game. 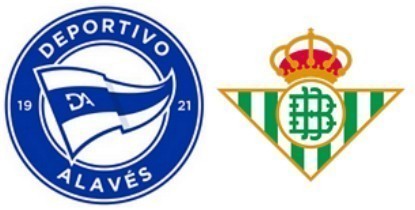