Connah’s Quay will look to defy odds by getting a positive result against Alashkert in the second leg of the UEFA Champions League first leg qualifiers. The first leg meeting between the two clubs finished as a 2-2 draw with the Welsh team grabbing a late equaliser.

Despite dominating the first leg in terms of many statistics, Alashkert were held to a 2-2 draw. Craig Curran’s opening goal was cancelled out by a brace from Khurtsidze within the opening 45 minutes. However, George Horan put Connah’s Quay back in contention with a late goal.

Alashkert were disappointed not to win the first leg, but it would be very difficult for the world’s team to get anything out of the game in Armenia. Alashkert are extremely strong at home with the team getting several positive results in the home qualifiers. This would be Connah’s Quay’s first experience of travelling away from home in the Champions League. Despite a positive result, the team were outplayed in majority of the situations. Alashkert are expected to continue the dominance.

One of the teams to not score

It remains to be seen if Connah’s Quay will be able to put up the major fight that they displayed in the first leg at home. Alashkert are a strong opponent in home games and the first leg result still puts the Armenian team in the upper hand when it comes to the overall tie. The home team are expected to completely dominate this encounter by giving Connah’s Quay with little opportunities.

Connah’s Quay might have scored a ton of goals in recent away matches, but the competition posed by Alashkert is substantially higher. It would be difficult for the Welsh team to expect anything out of the game, as Alashkert happen to be quite strong defensively even if they do not score a lot of goals. The last five home games for Alashkert have seen the team score less than 1.5 goals.

Alashkert are on a high after having picked up their first league title since 2018. Manager Aleksandr Grigoryan remains unbeaten since he took over as the coach. The Armenian outfit may not have progressed past the second round of the Champions League qualification stages, but they are now just a victory away from reaching the second round. There are no injury worries for the team.

Connah’s Quay are just one positive result away from creating history by reaching the second round of the Champions League qualifiers. The team does not have a great history in the competition, but they did display a lot of grit in the first leg. Sameron Dool is unavailable due to injuries. 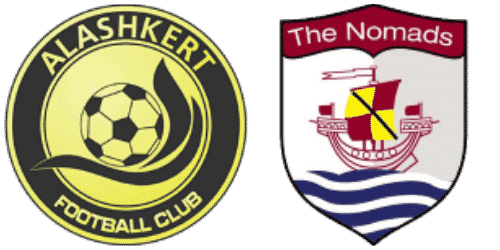 Where is the match scheduled? Vazgen Sargsyan Republican Stadium

Which team is the favourite to win? Alashkert