Al Masry could move to within three points of their visitors with a win here. Will they get it? Find out with our Al Masry vs National Bank of Egypt match preview with free tips, predictions and odds mentioned along the way.

National Bank to take the win

Al Masry's form has gotten worse over time; they suffered just one loss in their first 11 league games, but they've lost six of the eight games they've played since then. As a matter of fact, Al Masry have no wins in their last seven games across all competitions; they've lost six of those games, with one draw. Like Al Masry, National Bank have not won a lot of games lately, as they're coming off four consecutive draws; however, they've been miles better than Al Masry, having no losses in their last 10 games. With both teams' form in mind, we believe that National Bank will take all the points here.

Who will come out on top of this midtable showdown?

These sides are both locked in midtable albeit with one side languishing in the lower regions and the other pushing for the spots above the middle of the road. That gap between these sides could tighten up or stretch further depending on the outcome.

Al Masry have been going through a tough time lately; they are without a win in their last seven games, with a draw and six losses. Al Masry will welcome National Bank of Egypt to the Port Said Stadium on Thursday; they'll hope to snap their rotting streak with their first win in eight games.

National Bank of Egypt have been a difficult team to beat in recent weeks; they are unbeaten in their last 10 games, with four wins and six draws. It's worth noting that National Bank are coming off four consecutive draws; they'll hope to get back to winning ways as they take on a struggling Al Masry side.

A quickfire FAQ on Al Masry vs National Bank of Egypt 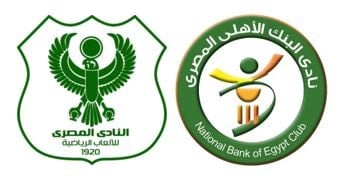