El Gouna could open up a little bit of breathing space over Al Masry with a win here. Will they be able to get the three points? Find out with our Al Masry vs El Gouna match preview with free tips, predictions and odds mentioned along the way.

13th versus 14th, both teams are not exactly enjoying their best season so far; El Gouna have just six wins in 20 league games, while Al Masry have managed just four wins this season. It's worth noting that both teams have not won many games lately; as El Gouna won just one of their last six games, while Al Masry have one win in their last 10 games. However, Al Masry have had the advantage in clashes between these teams; they are unbeaten in their last four encounters with El Gouna, with three wins and a draw. Considering El Gouna lost four of their last five road games, we believe that Al Masry will take all the points here.

Goals will struggle to flow

These teams have met a lot of times, and those encounters usually don't produce lots of goals; as a matter of fact, eight of the last 10 meetings between these teams saw less than three goals scored. In the same vein, El Gouna scored just one goal in their last three games, whilst conceding one goal in that stretch; all of their last three games went under 1.5. With this in mind, this should be a low-scoring game.

Neither of these teams are achieving anything of note this season – not on a positive or negative side. With that in mind, they're largely playing for pride. Bearing in mind that Al Masry, who have played an extra game, could leapfrog El Gouna with a win there is still reason to expect a decent match.

Al Masry ended their four match losing streak with a 2:1 win over Second Division side El Mansoura in the Egyptian Cup; that was their first win in 10 games across all competitions, they lost eight of those games. It's worth noting that Al Masry have no wins in their last eight league games; they'll hope to take all three points as El Gouna come calling.

El Gouna are coming off a 1:0 win against Al Ittihad Alexandria; they've mostly struggled for wins recently, having won just one of their last six games. El Gouna will hope to string up consecutive wins for the first time since February; they'll fancy their chances against a struggling Al Masry side.

A quickfire FAQ on Al Masry vs El Gouna 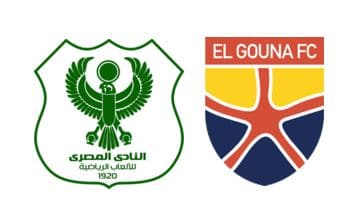