The FIFA Club World Cup starts here with Al Jazira vs AS Pirae and all the bookmakers are expecting a comfortable victory for the side from the UAE but the little known side from Tahiti will be hoping to cause an upset.

On paper, Al Jazira have the far better of the two squads and this is a game they should be winning with relative ease. Al Jazira have won three of their last six matches in all competitions and both teams have scored in each of their last five outings. Both teams have also scored in two of Pirae's last three matches and the visitors recently scored 11- goals against Mataiea and 8-goals against Excelsior in Tahiti's Ligue 1.

In terms of a final scoreline, we're backing Al Jazira to secure a 4-1 win in the 1st round of the FIFA Club World Cup. Al Jazira are the favourites to win the game but haven't kept a clean sheet in any of their last five matches while Pirae have been in good goalscoring form of late, netting 26-goals in their last six matches but against considerably weaker opposition than Al Jazira.

Everything you need to know about Al Jazira vs Pirae

Al Jazira went down 2-1 at the Sheikh Zayed Sports City where they took on Al Wahda. Up until that game, Al Jazira were enjoying an unbeaten run of matches that dated back to late November but while The Pride of Abu Dhabi have been in good form of late, they have found clean sheets hard to come by which is one of the reasons we have backed both teams to score on Thursday afternoon.

Pirae were at home against the  Tahiti Ligue 1 leaders Venus last time out but ended up losing the game 1-0 and missed out on the chance to close the gap between the two clubs. Pirae would have fancied their chances against Venus, though, as they went into the game on the back of two huge league wins against Mataiea and Excelsior (11-1 & 8-1). 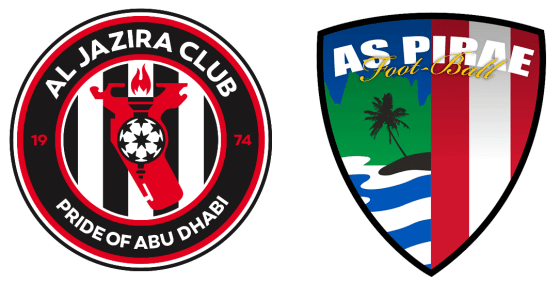