Misr Lel Makkasa could really do with a win right about now. Will they get one here? Find out with our Al Ittihad vs Misr Lel Makkasa match preview with free tips, predictions and odds mentioned along the way.

Misr Lel Makkasa have won just one of their last nine games in all competitions; they lost six of those games, with two draws. To be fair, Al Ittihad have not done much better; they've managed just two wins in their last 14 games. However, it's important to note that Al Ittihad have had Misr Lel Makkasa's number in recent encounters; as they are unbeaten in the last four clashes between these teams. Additionally, Misr Lel Makkasa have been the worst road team in the Premier League this season; they lost seven of 10 games away from home, with just one win. For this reason, we're making the prediction that Al Ittihad will win this match.

First of all, we would like to point out that meetings between these teams have been one-sided in goalscoring terms; Misr Lel Makkasa blanked in three of their last four clashes with Al Ittihad, scoring just one goal in that stretch. Furthermore, Misr Lel Makkasa have been the lowest scoring team in the Premier League this season; they scored just 10 goals in 21 league games so far. In fact, Misr Lel Makkasa failed to score in five of their last seven games; they managed just two goals in that seven game stretch. At least one side failed to score in six of Misr Lel Makkasa's last seven, and three of Al Ittihad's last five games; on that note, we shouldn't expect goals at both ends.

Al Ittihad haven't had the best of seasons to date but they're doing a damn sight better than their visitors, Misr Lel Makkasa, who find themselves just one point off the bottom. They could really do with three points but that would leave the hosts looking over their shoulder just a tad. An Al Ittihad win though would see them pull well clear of their opponents.

Al Ittihad have had a poor run of form the past few months; they have just two wins in their last 14 games, with four draws and eight losses. Al Ittihad will welcome Misr Lel Makkasa to the Stadium on Saturday; they'll hope for better results than they've had recently.

A quickfire FAQ on Al Ittihad vs Misr Lel Makkasa 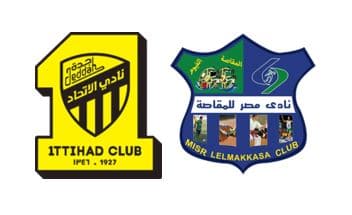