The FIFA Club World Cup 2nd Round gets underway this weekend as Al Hilal of Saudi Arabia go up against Al Jazira of the UAE at the Mohammed Bin Zayed Stadium. Al Jazira had things all their own way against AS Pirae in the 1st Round but will be expecting a much, much tougher test against an Al Hilal side that includes some household names.

Al Hilal have met Al Jazira four times since 2011 and have picked up three wins and a draw during that period. Both teams have scored in three of those encounters and we're predicting another win for Al Hilal and for both teams to score on Sunday. Both teams have found the back of the net in five of Al Hilal's and all of Al Jazira's last six matches in all competitions. Al Hilali have won three of their last five outings and have the better of the two squads on paper.

This is a game that has the potential to produce plenty of goals as we have seen in the past with two of the pair's last four head-to-heads producing over 3.5 goals. At least four goals have also been scored in five of Al Hilal's last six matches as well as in two of Al Jazira's last three outings, so you can see why we're predicting goals on Sunday.

Everything you need to know about Al Hilal vs Al Jazira

Al Hilal's last outing was away at Al Batin in the Saudi Arabian Pro League where a goal from Abreu put the home side in from just after the half-hour mark. However, the veteran forward Gomis, once of Swansea, converted a 54th-minute penalty and the game ended all square. Al Hilal have a selection of household names in their squad such as Odion Ighalo, Matheus Pereira, Moussa Marega and André Carrillo, which is one of the big things that separates them from Al Jazira.

Al Jazira might have the advantage of being in their home country for this tournament and the fact they already have one game and one win under their belt but it is still going to be very hard to progress any further in the FIFA Club World Cup this season. Al Jazira ran out 4-1 winners against AS Pirae of Tahiti in the 1st Round, thanks to goals from Al Ameri, Al Hashmi, Kosanovic and Diaby, but it was great to see the underdogs get a goal even if it was an own goal from Rabii. 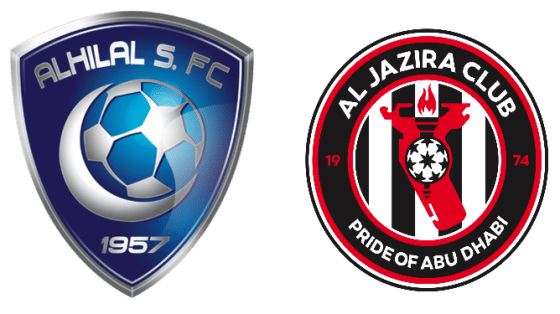