This game could be absolutely massive in the race for the title. Whoever wins will give themselves a major boost but who will hold their nerve to take the three points? Find out with our Al Ahly vs Zamalek match preview with free tips, predictions and odds mentioned along the way.

Al Ahly might be trailing Zamalek right now but there is no doubting that they are favourites for the title with games in hand. A win here would really crank the pressure up on their visitors too and we think they’ll get it. They’ve won three of their last five games losing just once whilst Zamalek have won two, lost two and drawn one in their last five. Pour into that the fact that Al Ahly have won three of the last four head to heads without losing and you will surely see why we are backing a home win.

Our next tip for this crunch match is that both Al Ahly and Zamalek will find the net. Al Ahly have scored a total of seven goals across their last five outings. Zamalek meanwhile have scored five in the same period – an average of one per game. The real detail here though comes from the head to head stats; each of the last five matches have seen both teams score. Does another end to end goalfest await? We think so.

An almighty clash at the top of the table

Games won't come much bigger than this for these two sides. Zamalek already have Al Ahly breathing down their necks owing to the fact they've played more games that their hosts. Should they lose here it will really see things get interesting. By contrast, should Zamalek bag a win the whole mood will change around Al Ahly.

Al Ahly just need to keep doing what they're doing. They're proving a tough side to beat and whilst a win here would be huge, anything but a defeat would keep their fate in their own hands. It will be interesting to see whether they go for the jugular or not.

Zamalek might hold an advantage in pure points terms but they are being hunted by Al Ahly. In truth, that means a draw here is largely useless to them. Will they be able to push for the win without over exposing themselves? Getting it right may bring a big reward. Lose though and the risk increases massively.

A quickfire FAQ on Al Ahly vs Zamalek 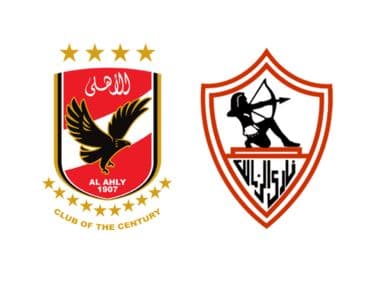