Egypt's own Al Ahly take on Mexican side Monterrey in the 2nd Round of the FIFA Club World Cup in the UAE. These two sides have met before in this competition and it's the Liga MX side that have always come out on top.

We're backing Monterrey to beat Al Ahly in this one-legged tie, keeping a clean sheet in the process. The Mexicans have played Al Ahly twice before in this competition, winning 2-0 in 2012 and 5-1 in 2013, so you can already see why we're backing Monterrey to win on Saturday. Al Ahly are without a win in their last six matches in all competitions and have failed to score in two of those fixtures, while Monterrey have won two of their last six outings and have kept three clean sheets during that period.

Despite the last meeting between these two clubs producing 6-goals, we're expecting Saturday's clash to be low-scoring. Under 2.5 goals have been produced in five of Al Ahly's last six matches, while three of Monterrey's last five games have witnessed fewer than three goals scored, so you can see why we're predicting under 2.5 goals in this game.

Last time out, Al Ahly played host to National Bank of Egypt where the two sides played out a 1-1 draw. Despite failing to win that game, Al Ahly sit top of the Egyptian Premier League table on the same points as Zamalek but with a game in hand. Al Ahly is a club adorned in trophies but the best they have ever done at the FIFA Club World Cup is two 3rd-place finishes, most recently in 2020.

Monterrey are only three games into the latest Liga MX season and have made an unbeaten start to the season, picking up two draws and a win. In their last match, Monterrey played out a 2-2 draw at home with Cruz Azul and like Saturday's opponents, they too have finished 3rd in the FIFA Club World Cup twice before, most recently in 2019. 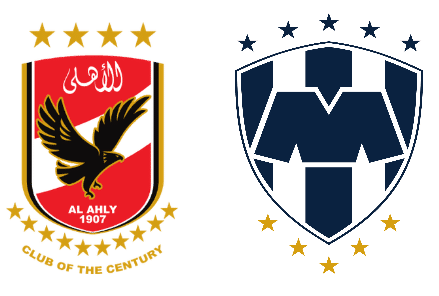