Al Ahly to win to nil

Al Ahly are gunning for the title right now. Will they win this game to keep that fight ongoing? Find out with our Al Ahly vs Ghazi El Mehalla match preview with free tips, predictions and odds mentioned along the way.

Al Ahly and Ghazl El Mehalla have met 10 times since 2011; Ahly have lost just one of those games, with seven wins and two draws. It's important to note that Al Ahly have been the best home team in the Premier League this season; they have no losses in nine home games so far, with seven wins and two draws. Also, Al Ahly kept six clean sheets in those nine home games, allowing just four goals; they'll be facing a Ghazl El Mehalla side that won just one of their last six games. With both teams' form in mind, we think Al Ahly will win, and Ghazl El Mehalla will not score.

Al Ahly have had the best defence in the league this season; they have allowed 14 goals in 18 league games, no team has conceded fewer goals. In the same vein, Ghazl El Mehalla have been involved in a few low-scoring games recently; as five of their last seven games saw less than three goals scored. Furthermore, meetings between Al Ahly and Ghazl El Mehalla have mostly been on the low-scoring side; five of their last seven encounters went below the 2.5 goal mark. On that note, this will likely be a low scoring match.

Al Ahly to crank up pressure on the top two

Ghazl El Mehalla are heading for a season of absolute nothingness in midtable. That is not the case for Al Ahly though. They are in a real hunt for the league title. That said, they've got to make up a lot of games, which is a mental and physical challenge. A win here would be a big step in the right direction though.

Al Ahly have gone on a three match unbeaten run since their loss in the CAF Champions League final; they are third on the Premier League table, four points behind league leaders Zamalek, despite playing three games less. Al Ahly will go up against Ghazl El Mehalla on Wednesday; they'll look to go up the league table with a win.

Ghazl El Mehalla have had their fair share of struggles recently; they managed just one win in their last six games, with three draws and two losses. Ghazl El Mehalla will take a trip to the Al Ahly Stadium in an attempt to improve their poor run of form; it'll be interesting to see if they can upset one of the best teams in the league.

A quickfire FAQ on Al Ahly vs Ghazi El Mehalla 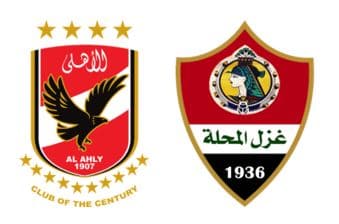