ES Tunis might face a tough task to overcome Al Ahly on their own patch after losing the first leg but anything can happen in football. Will we get a shock here? Find out with our Al Ahly vs ES Tunis match preview with free tips, predictions and odds mentioned along the way.

Al Ahly vs ES Tunis: The betting predictions you need

Yet another defeat for ES Tunis

There was a theory that the CAF Champions League would prove a nice break from a pretty horrid run for ES Tunis but it isn't working out like that. Their loss to Al Ahly in the reverse of this fixture means they've lost five of their last six matches. By contrast, Al Ahly have won four matches in the same period with two draws completing a six game unbeaten run. When you consider they were good value for the 1-0 win last time round and now they have home advantage too, it's hard to see past a home win.

The title of this section pretty much explains this tip; neither ES Tunis or Al Ahly have been involved in many games that see lots of goals. The first leg obviously ended 1-0 meaning three of the last five head to head matches have featured fewer than three goals and recent form does nothing to make us think things are going to change in the second leg. Al Ahly have not seen a fixture exceed two goals in their last five with ES Tunis only going beyond the 2.5 benchmark three times in their last 10 games.

A strike force to fire blanks

We've already touched on a) ES Tunis' poor form and b) the fact these two teams don't do goalfests so it's perhaps unsurprising that our final prediction is to say that both teams will not score. Al Ahly have scored in each of their last five matches but have kept three clean sheets in that period. ES Tunis haven't found scoring goals quite so easy, they've failed to score in three of five. Even then, one of the two games they did score in so them keep a clean sheet so four of their last five have seen at least one side fail to score.

Al Ahly vs ES Tunis: Stats, odds and a head to head glance

ES Tunis to exit with a limp

Rewind a couple of months and ES Tunis were a side in pretty decent form; they were keeping clean sheets, winning games and generally had momentum. How times have changed! Now they come into this semi-final second leg having won just once in seven matches and they're struggling to score goals. That means if they're to get anything from this match they'll need someone to pop up with a goal – perhaps Ben Romdhane Mohamed – and a big performance from their defence. Al Ahly will pose a real threat though. Not only are they in good form but they do have goals in their team with several midfield players capable of chipping in. If we were to highlight one to watch it would be Mohamed Sherif – he scored the winner when these two last played. 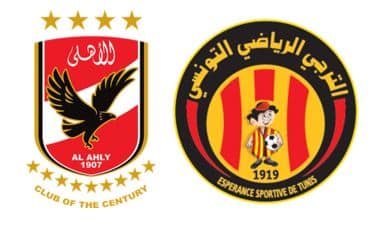