Al Ahli Tripoli and Pyramids FC are locked in a battle for the top spot in Group A. We have the best free predictions for this CAF Confederations game as well as free betting tips. Read through our preview for more details and place a bet with your favourite bookmaker.

Libya’s Al Ahli is set to square it out with Egypt’s Pyramids in a game that will decide which side tops Group A in the 2022 CAF Confederations tournament. Our best two predictions for this game are as follows:

These teams have had a good scoring run ahead of this game. While Al Ahli Tripoli recorded four wins and one draw from the last five games, Egypt’s Pyramids recorded 3W, 1D and 1L in the last five outings. The first leg had a scoreline of 2-1 and based on how both teams fared in that game, there is a good chance will see goals on both ends yet again in this second meeting.

The teams to draw

While we expect these teams to score in this game, there is a likelihood of this game ending without a winner. These teams are in great form and could likely settle for the spoils on matchday.

Here are the best odds for this CAF Confederations game as well as the latest stats for both teams to further give our readers a glimpse into how they have fared in recent games.

Al Ahli of Libya and Pyramids of Egypt meet for the second time in a game that will define the race to playoffs in this year’s CAF Confederations Cup. The hosts have won all their two home games, during which they scored four goals and leaked only one goal. The goal that has been leaked by the hosts was in the first leg encounter with Pyramids, the same team they are facing this weekend.

On the flip-side, Pyramids FC makes the second trip in the CAF tournament. The first two away games had 1W and 1L. Three points from two away matches compared to Al Ahli’s six points from two home matches means the hosts have a massive advantage in this game.

Al Ahli should utilize the support of home fans to get another three points, a result that could see them dislodge Pyramids FC from the top of Group A table.

Overall, the hosts have scored 8 goals and leaked five while Pyramids netted six goals and conceded two from four games in the 2022 CAF Confederations. 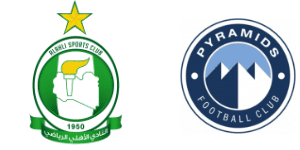 When is the Al Ahli Tripoli vs Pyramids game taking place?

How have these teams performed so far in the tournament?