After suffering a tragic 13-0 defeat from Ajax earlier in the season, Venlo will do its best to redeem itself. This is a challenging task, especially versus the league leader. Stay tuned for the best free predictions for this Eredivisie match-up.

After thoroughly analyzing the game, our team of experts picked out the following bets.

The odds may change at all times without notice. Make sure to always check your betslip before you finalize your wager. Our recommended bookmaker for this match is Ladbrokes.

There is no second doubt that the home team is the absolute clear favorite in the match-up. If anyone doubts that, let's just say that Ajax won the last meeting between the two, 13-0. 13-0! Down the list of head-to-head results, we can also see some 6-0, 4-1, and other one-sided outcomes. Here the question is now whether Ajax would take the win, but with how many goals are they winning. The –3 spread might seem too much to some people, that's why we can recommend going for –2 at the odds of ¾ which are still very much worth it.

Ajax to Win to Nil

The last 10 games between the two feature 9 Ajax wins and a draw. Venlo has managed to score in only 3 of all those games, only once when Ajax is the host. Furthermore, VVV has only scored in 3 of its last 10 games, which suggests that the club is by no means in spectacular form.

The Dutch Eredivisie is one of the most dynamic football leagues in the world. One of the things it’s known for is the huge amounts of goals getting scored. This is why we only get the odds of 4/6, even though we are backing Over 3.5 Goals, and not Over 2.5. This bet has hit 4 out of the 5 most recent clashes between the two

Ajax vs VVV: The latest stats and selection of the best odds

For your pleasure, we’ve compiled the most important stats for this game, as well as the best odds.

VVV is trying to hang on to the Eredivise

There will be just a single more game after this match, in which Venlo will be doing its best to survive relegation. The situation at the bottom of the table is complicated, with 5 teams all endangered of dropping out. There is almost an infinite amount of outcomes at the end of the season, that’s why we would let it play out, and not try to take sides.

Venlo needs the three points badly, but it is unlucky to get matched with the Dutch colossus Ajax in its final games. At least the guests’ next game will be versus fellow-relegation zone side Emmen, which could decide both team’s future. 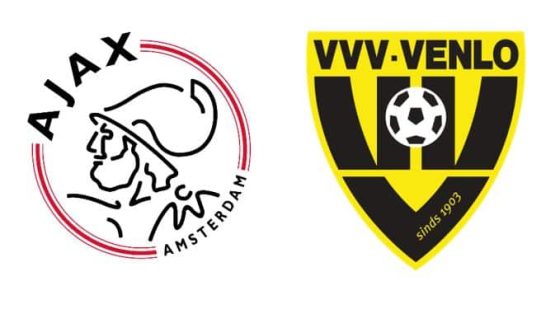