Ajax look to finish the Champions League group with a 100% record when they go up against Sporting CP at the Johan Cruyff Arena for the sixth and final group game. This is a preview of the match with all the best tips and predictions.

Ajax produced a five-star performance to beat Willem II 5-0 at home. The game witnessed Antony scoring a brace. Sporting CP took a huge step towards defending the Portuguese league title when they managed a 3-1 win over Benfica during the weekend.

Ajax are seeking a fifth consecutive victory in all competitions and they are also looking to maintain a 100% record in the group stages. Sporting CP are a formidable opposition, but home advantage will be a significant advantage for the Dutch team. There is also a psychological boost from the 5-1 hammering in the reverse leg. Even though a repeat of such a one-sided match is unlikely to happen, Ajax should get a comfortable win.

This is a game between two teams who have shown excellent form going forward. Sporting Lisbon have shown in recent weeks that they are more than a match for any opponent. Ajax are one of the top scoring teams in the Champions League with an average of over 3 goals per game.

Ajax and Sporting CP have been among the goals of late. Both teams have enough offensive threat going forward and they have been scoring for fun. Due to the game having little stake, it is unlikely that the two teams will have a strong urge to get a clean sheet.

Top Champions League Stats ahead of Ajax vs Sporting CP

Ajax vs Sporting CP: Can Ajax end the Champions League group on a high?

Ajax will be keen to finish the Champions League group stages in a flourish by winning all six matches. So far, the team has not put a foot wrong despite being placed in a relatively tough group. The Dutch team have Maarten Stekelenburg, Mohammed Kudus, and Sean Klaiber unavailable due to injury.

Sporting CP have been on a splendid sequence of results for the last few months and they will not be in a mood to relinquish the same even when there is not much stake lying on this match. Manager Ruben Amorim will not be able to call upon Jovane Cabral, Joao Palhinha, and Ruben Vinagre. Meanwhile, Sebastian Coates is also doubtful for the match.

Questions about Ajax vs Sporting CP 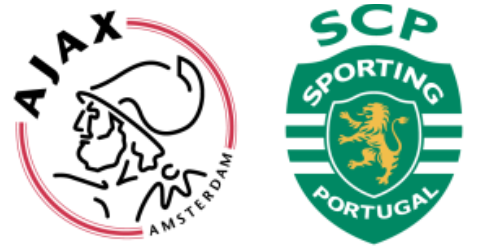 Where is the match scheduled? Johan Cruyff Arena

Which team is the favourite to win? Ajax