When Patrick Bamford first played for Middlesbrough, he was a 21-year-old prospect with an exciting future ahead of him. During the 2014-15 season he established himself as a quality Championship player while on loan at the club, scoring 17 goals and winning the league’s Player of the Year award. Now, less than two years on from his breakout campaign, Bamford is back at the Riverside Stadium in search of a career revival.

On January 18 it was announced that Bamford had signed a four-and-a-half year deal with Middlesbrough, securing a £5.5 million transfer from Chelsea. He returned to the team in which he once thrived, only this time on a permanent basis and in the Premier League, reuniting with his old manager Aitor Karanka. The move is a pivotal one for player and coach, with both in desperate need of goals.

Following his spell on loan with Middlesbrough two seasons ago, Bamford returned to parent club Chelsea with confidence and a healthy amount of hype. He signed a new contract with the current Premier League table-toppers in the summer of 2015, only to then suffer from a stockpiling policy that has affected the careers of many other talented players.

As it stands, Chelsea have almost 40 players, many of whom are more than ready for regular top-level football, or are indeed already experienced in it, out on loan at other clubs. This pool includes Danish international centre-back Andreas Christensen, skilful Colombian winger Juan Cuadrado, Dutch midfielder Marco van Ginkel and attack-minded Ghanaian left-back Baba Rahman, among many others. 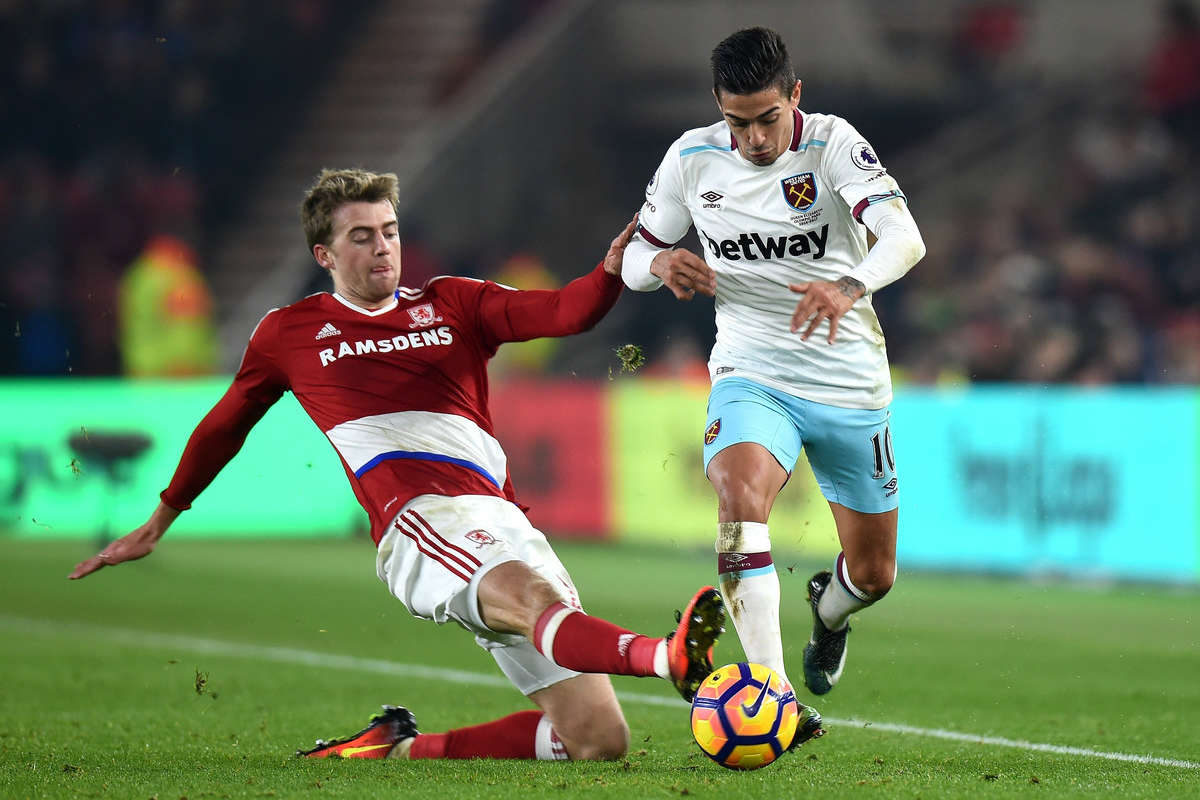 Considering renowned internationals and hugely promising individuals find themselves loaned out by Chelsea, it was always going to be hard for Bamford – a player with no Premier League experience – to make the breakthrough into the London club’s first team. And, even though Antonio Conte has brought about a slight change in this respect by introducing greater youth such as Nathaniel Chalobah and Ola Aina, and recalling Nathan Ake after the 21-year-old impressed at Bournemouth, Bamford was unable to make his mark.

Ultimately, the striker left Chelsea having failed to make a single competitive appearance for them, having spent almost all of his time under contract to them on loan elsewhere. After his first spell with Middlesbrough, he spent time with Crystal Palace, Norwich and Burnley, though he was unable to assert himself with any of the three clubs and didn’t find the net in Premier League action in 19 outings.

“Me and the boys got on fine but me and [Burnley manager] Sean Dyche just clashed. I didn’t get a chance…,” he told the Daily Mail.

“Dyche said that because I had come through at Chelsea – and because of the way I’d been brought up – I had never had to work for anything … Saying I didn't want it enough was upsetting. I went home every night wondering how to get in the Burnley team.”

Perhaps unsurprisingly considering both his career as a central defender and experience working alongside Jose Mourinho as an assistant manager, Aitor Karanka’s achievements with Middlesbrough to date have been based on a solid defence. He led the club to promotion from the Championship last season with the best defence in the league having conceded just 31 goals in 46 fixtures, and defence has been the bedrock of their 2016-17 campaign thus far.

In 24 league games, Karanka’s side have let in a mere 27 goals, giving them the best defensive record outside of the top seven. Indeed, even title hopefuls Liverpool, Manchester City and Arsenal have conceded more. However, while they are sound at the back, Middlesbrough are in desperate need of extra firepower. Over their last 10 league fixtures they have scored just six times, with three of those coming in one game—the 3-0 victory over lowly Swansea. No team in the Premier League has created fewer chances than Boro, and no team has scored fewer than their 19.

With all of this in mind, it was no surprise to see the club move to sign two strikers in the January window; as well as Bamford’s signing, target man Rudy Gestede arrived from Aston Villa. The aim of both signings is to provide added threat in the final third and take the weight off of Alvaro Negredo’s shoulders — the Spaniard has scored six of the team’s 19 this term.

HOW BAMFORD AND KARANKA CAN HELP EACH OTHER

“If we are expecting that Patrick was going to arrive and score five goals straight away then we are making a big mistake because he is not ready now,” he told the press.

“I don't know why we haven't signed our targets. That is not my job. I am the coach.” 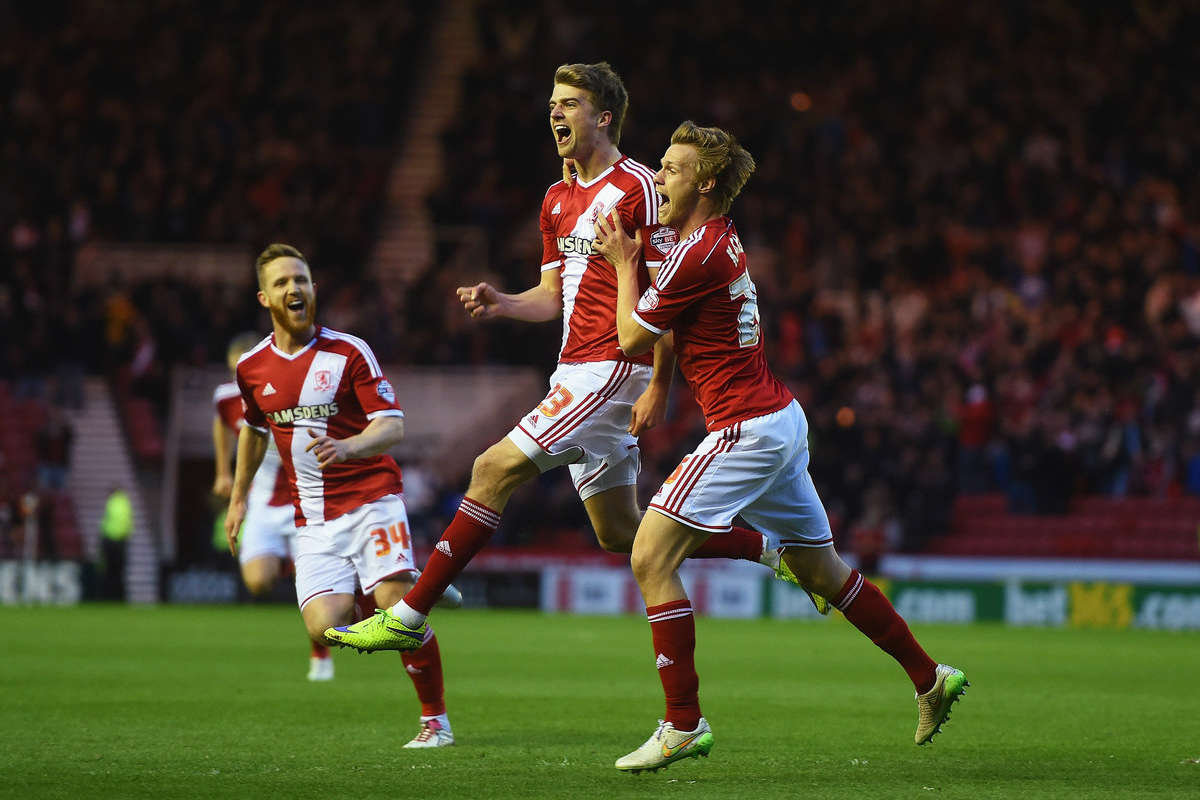 Yet, while Bamford isn’t the ready-made scoring machine Karanka is in need of right now, it would be wise to remember the quality the player showed in the Championship not so long ago, as well as the promise he still retains at 23 years of age. In 2014-15 he was one of the best players outside of the top flight, a consistent finisher who demonstrated the composure and awareness necessary to take his talent up a level. That he hasn’t achieved this yet doesn’t mean he cannot.

Karanka must make more out of the individual attacking talent he has at his disposal, including Negredo, silky playmaker Gaston Ramirez and pacey wide man Adama Traore. The latter, who struggled for game time with Aston Villa as they were relegated from the Premier League, has been a revelation for Middlesbrough this term. It’s not far-fetched to suggest that Bamford could enjoy a similar rejuvenation, especially considering he has positive experiences of playing for the side, and for Karanka, in the not-too distant past.

Following Bamford’s debut in his side’s 1-0 win over Accrington Stanley in the FA Cup, the manager cited the striker’s need for a boost in self-belief after a concerted period without regular football.

“He’s a really good player, but he needs games … He needs to be more confident. He knows how much I trust him.”

If Bamford can rediscover that confidence, and subsequently his scoring touch, Karanka’s attacking headaches might just go away.