Motherwell have won two from two in their League Cup campaign so far. Can they make it a hat-trick against Airdrieonians? Find out with our Airdrieonians vs Motherwell match preview with free tips, predictions and odds mentioned along the way.

Motherwell to make it three wins from three

Motherwell were four games without a victory not too long ago but their League Cup campaign has seen that poor run end with back to back wins. For Airdrieonians, things don't look quite as rosy. They needed penalties to win their last match but they've not won any of their last six inside 90 minutes with two of their last four ending in defeat. Motherwell should have too much about them for Airdrieonians to spring a surprise.

A win built on defence

Airdrieonians have been failing to win games of late. It's not really because of their defensive capability though rather than the fact they cannot put the ball into the net on a regular enough basis; they've failed to score in three of their last four matches. Motherwell kept a clean sheet against Queen's Park and have four across their previous 10 games. It wouldn't be a surprise to see them keep things tight again here.

With the prediction made that Airdrieonians won't win, it perhaps won't be a huge shock to learn that a low scoring match is what we imagine unfolding when the two teams lock horns. Motherwell have seen just two of their last five exceed 2.5 goals with an average of 2.4 per game. Airdrieonians form on the total goals front is even less; they've averaged 2.0 per match with 10 goals in their last five.

Check out the odds for Airdrieonians vs Motherwell

With Airdrieonians not in the best of form they could really do with bagging an early goal to flood their veins with a bit of confidence. That will see the likes of Salim Kouider Aissa come under pressure to produce. Even then, they'll need big performances from their key men at the rear; namely Callum Fordyce and Craig Wastson. As for Motherwell it will be “more of the same please”; they've got a 100% record so far in the competition with different scorers for each of their four goals; the main one to watch though is Tony Watt. 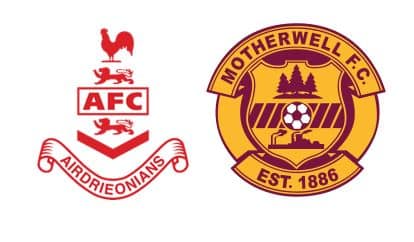