AIK are up against Varberg at the Friends Arena in Solna looking to pick up the first victory since the restart of the Swedish Allsvenskan season. The match sees these two teams separated by a whopping nine places in the table.

AIK began the restart with a 2-1 away loss against Hacken, while Varberg were held to a 1-1 draw by Kalmar at home. The best tips for this meeting would be:

AIK have beaten Varberg in both home meetings against this outfit. The restart of the campaign began in disappointing fashion with the AIK outfit conceding quickly just after the break against Hacken. The loss of concentration needs to be quickly corrected but a home match offers a great opportunity. Grzelak’s team are unbeaten in five consecutive home matches, while Varberg have lost three out of the last five on the road.

Varberg have allowed over 2.5 goals in the last two away games. Meanwhile, AIK have been unable to score over 1.5 goals in just one of the last five home matches. These point to a game which has the home team scoring considerably more than the visitors. In doing so, this match might be converted into a high-scoring game, which has been the case in two out of the three head-to-head games between the two clubs.

The recent encounter between AIK and Varberg may have produced a 1-0 win for the former, but this is the only occasion when one of the teams has failed to score in a meeting between these two clubs. Despite being in the bottom three, Varberg have actually come up with a decent return of goals over the last few games.

AIK are in a position to jump into the third place of the Swedish Allsvenskan table depending on results this weekend. The early kick-off would certainly help Grzelak in this regard. AIK boss Bartosz Grzelak does not have any major fitness problems coming into the game.

Varberg would be immensely happy with the result in the first game since the restart. However, positive results have been far and few between for the club, who find themselves in the bottom three coming into the game. There are no major fitness problems for Varberg manager Joakim Persson apart from Daniel Krezic, who is out with a cruciate ligament injury.

Questions about AIK vs Varberg 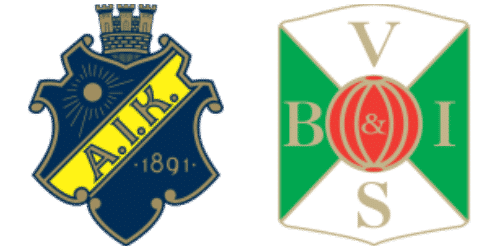 Where is the match scheduled? Friends Arena

Which team is the favourite to win? AIK