Manchester United was followed up by a last-gasp defeat to Southampton and a 3-0 humbling away to fellow early-season strugglers Newcastle United.

The run of three losses leaves Slaven Bilić’s side rooted to the foot of the table without a single point to their name and a goal difference of minus eight that is currently the worst in the English top flight. The results and performances have been bitterly disappointing, and there may be another reason for alarm.

Age and footballing performance is a topic that has been discussed frequently over the years. The only vague framework to be agreed upon, generally speaking, is that it is less risky to buy young players due to the fact they have greater potential and room for development.

In their book, Soccernomics, Simon Kuper and Stefan Szymanski argue that the best time to sign footballers is when they are in their early 20s. This is because: “There is lots of information about them. They have grown up a bit. They are old enough to be nearly fully formed, but too young to be expensive stars.”

However, West Ham, in response to an underwhelming 2016/17 campaign, decided to spend their summer window pursuing proven Premier League talent. In came the 30-year-old Joe Hart, the 32-year-old Pablo Zabaleta, the 28-year-old Marko Arnautović and the 29-year-old Javier Hernández.

There is risk involved with targeting experience. Not only are they more expensive than the ‘unproven’ – in total, the Hammers spent £38.2million on the aforementioned four, not including wages – but the chances of selling such individuals on for a higher price in future is lower given they don’t have much upside.

In short, West Ham need to succeed now. In the short term, this season, they need performances on the pitch in order to justify the change in direction off it. Unfortunately, the results so far suggest that such success isn’t on the horizon. But just how prominent a role has age played in their bad start?

HOW OLD ARE WEST HAM?

The average age of West Ham’s summer signings was 27.4, and that’s throwing in the addition of 18-year-old Sead Hakšabanović. According to Transfermarkt’s data, this left them with the ninth-oldest squad in the Premier League, with an average age of 27.3.

On the basis of this information alone, not only did the Hammers’ summer spending not affect the average of their squad a great deal, but it didn’t leave them with one of the older squads in the top tier. However, looking at the league’s line-ups a different picture can be painted.

This is based on the assumption that the XI seen in the below graphic being Bilić’s best XI: 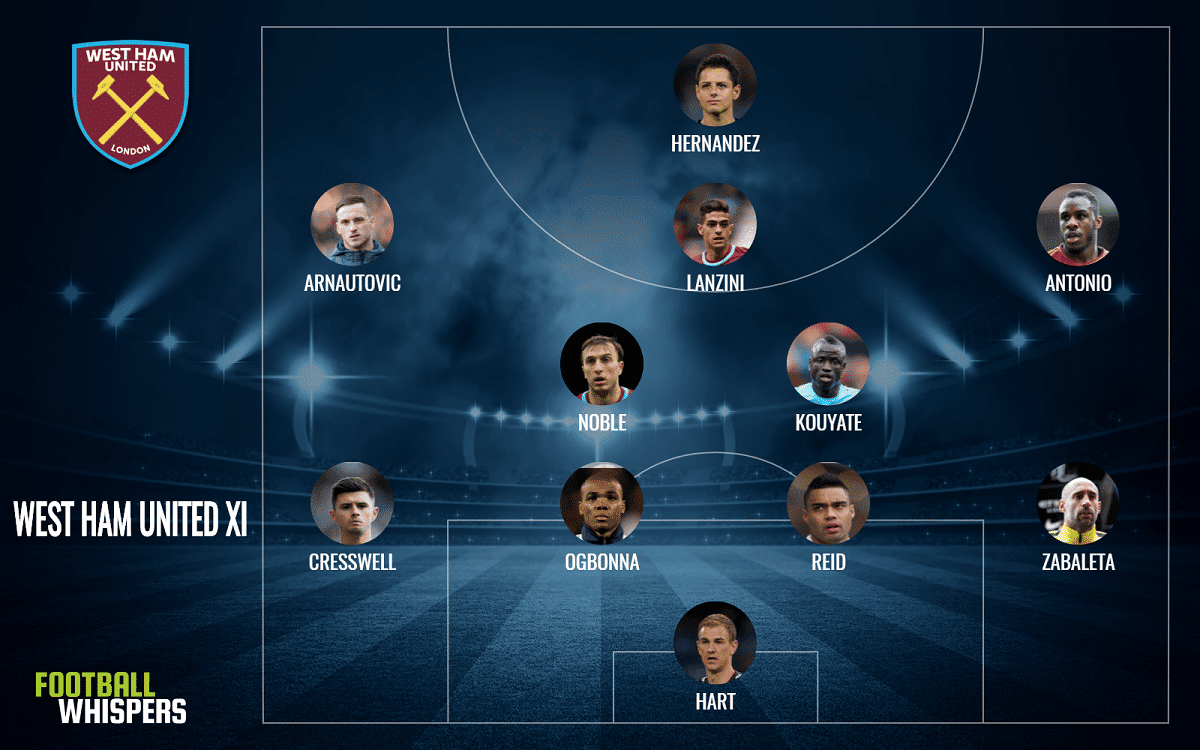 The average age of this team is 28.4. Only West Bromwich Albion possess an older line-up than West Ham’s, with an average age of 30.1. Thus, the notion that Bilić’s side is an old one appears valid.

So it can be stated that West Ham do indeed field one of the oldest teams in the Premier League today, but there is no direct correlation between comparatively old age and poor performance. In fact, the only older line-up out there – West Brom – have performed extremely well at the start of this season.

This can be backed up by taking into account the statistics for all nine sides who have been relegated from the Premier League over the last three seasons. These sides are as follows:

Of these nine sides, the only one to be relegated with a line-up average age close to West Ham’s current average was the QPR team of 2014/15, whose average age was 28 exactly.

That no team with an average age over West Ham’s current 28.4 indicates that, while Bilić’s squad is one of the oldest in the Premier League right now, this is not a reason for poor performance, nor a reason for any relegation fears.

While long-term sustainability concerns over the average age of the Hammers’ summer signings remain fair, there appears no reason for age to be a barrier to their chances of turning around a bad start and improving their Premier League performance this season.