It's staggering to think that Amadou Diawara was playing with his local church team back in his homeland of Guinea less than three years ago.

After impressing visiting scout Roberto Visan, he was immediately invited to come over to Italy for a trial in 2014, however, thus giving him the perfect gateway to move to Europe. At his trial, which was held by Pantaleo Corvino, Bologna's director of sport, Diawara suitably impressed and subsequently joined Lega Pro outfit San Marino.

Meanwhile, Bologna diligently kept tabs on him, and, after seeing him put in a series of domineering displays, they smartly snapped him up for just €420,000 in July 2015.

Following an industrious preseason with the Rossoblu, he incredibly made his debut in Bologna's season opener against Lazio. From there, he rapidly went from strength to strength to become a mainstay of Roberto Donadoni's starting eleven.

In a Bologna side bursting with young talent, including Alex Ferrari, Godfred Donsah and Adam Masina, Diawara stood out for his composure, capacity to remain calm under pressure and maturity to adapt seamlessly to the rigours of Serie A. For a player that had very limited experience at senior level, making 35 quality laden Serie A appearances served as a glowing testament to his attitude, willingness to learn and unmistakable quality.

“He is a top prospect, he is still very young but when you are that good, age is not important,” Donadoni told the UEFA website. “He plays with enthusiasm. He may lack some experience but that's part of the game and will come with time.”

Inherent interest from some of Europe's biggest clubs for Bologna's prized asset surfaced, with Manchester City, Tottenham Hotspur, Juventus and Napoli all monitoring the Guinean.

“He is 18, but when you see him on the pitch he looks like he is playing in the garden of his own house. If he keeps improving, he is destined to become a top player. I'm not surprised that big clubs are following him,” noted former Bologna player Lamberto Zauli.

But Maurizio Sarri's persistent Napoli won the race for his signature, as he joined the club on an initial loan deal worth €2 million with a €13 million option to buy. Put simply, it would appear Napoli and Bologna have already agreed without doubt that he'll be officially owned by Napoli as of next season.

Although his opportunities were limited at the start of this season, since Sarri handed him his debut in Napoli's Champions League encounter with Besiktas on October 19, Diawara has shown why he's such a highly regarded prospect. Helped by Jorginho's wavering form, Diawara's made the most of his opportunities, as the combative yet intelligent midfielder has looked right at home at the base of Sarri's midfield.

The fact his manager started him in his team's colossal clash against Juventus brilliantly evidenced the great belief and trust Sarri has in the youngster. Diawara's polished performances versus the likes of Lazio and Udinese have seen him emphatically repay his manager's faith. 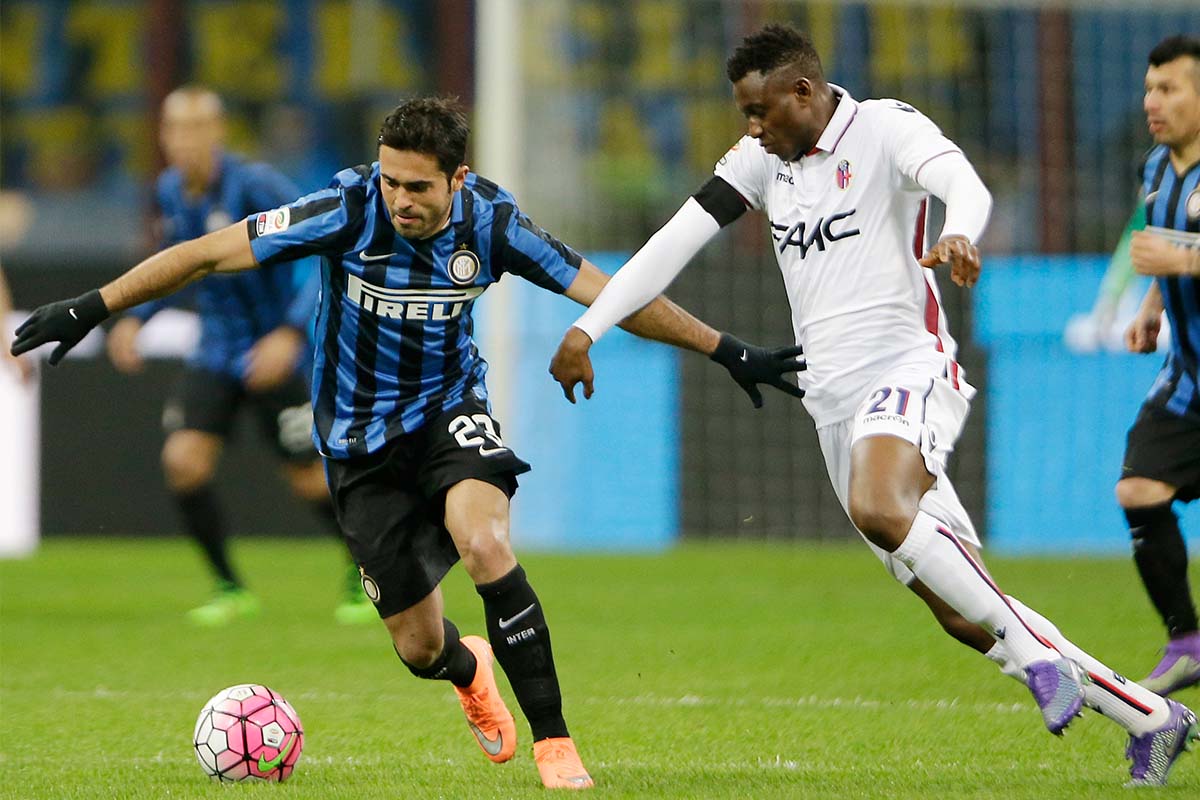 Standing at 184cm, the 19-year-old's utilised his physical attributes to devastating effect. Whether by using his speed to cover teammates, his strong leap to win headers or his long reaching legs to make vital interventions, Diawara has proven a very challenging customer for his adversaries to overcome in one-on-one duels.

Couple this with his astute reading of the play, fine positional sense, capacity to make well calculated decisions — when to press or hold his position, and when to cover his centre-backs if they're pulled out of position — and this only serves to amplify his defensive output.

Diawara has also been a fantastic weapon for the Partenopei in possession too. Regularly instructed to drop in between Napoli's central defenders, this, in tandem with his concise, thoughtful distribution skills, has meant he's been able to assist his team's ball progression from the back. Moreover, by doing so, his presence usually ensures his team enjoys numerical and positional superiority in these scenarios, which enables smooth forward ball movement.

Once in the second phase of possession, he'll push up and remain in close proximity to his midfield partners — usually Allan and Marek Hamsik — to help with ball circulation and give the team vital passing options. Being such a slick passer allows him to move the ball quickly and combine intricately with his colleagues, something that is crucial in manipulating opponents' defensive structures to create space.

Another less heralded aspect of his work is the way he manoeuvres his body into ideal positions prior to receiving a pass so he can protect the ball from any oncoming pressure or spin away from challenges.

While he's only played nine times for Napoli this term and only started five games, there's no doubting how well Diawara is growing into life at Napoli. He's been so good, in fact, that rumours linking him with a £43 million move to Chelsea have already begun to circulate. Although this seems a little exorbitant, such a fee indicates how highly he's rated by Antonio Conte's Blues. Napoli immediately quashed the reports, however, making clear that he's not for sale.

If his past development is anything to go by, there's no reason to suggest that Diawara's remarkable upward trajectory can't continue. At just 19, the football world really is his oyster.

But first he'll be focusing on improving under the expert tutelage of Sarri and making that holding midfield role his own.