The AFL is one of the most popular sporting leagues in Australia, so as you might imagine, this league also draws a lot of attention from punters. Sports bettors from all across Australia look to the betting markets in search of value bets for the AFL, and it is our goal that this post will show you some of the best bets to make for the upcoming season. The season itself isn’t scheduled to begin until March 2021, but of course, this start date is dependent on obvious global disruption.

With a bit of luck, the first games will start as planned, and even though the season is still several months away, the online bookmakers have not wasted any time in publishing their pre-season markets. Since no games have commenced yet, all of these markets work as ‘futures’ markets, meaning that these are the markets in which you can bet on which team will claim AFL glory. We’ve hand-picked five AFL betting tips that we feel could offer tremendous value. As the season approaches, more and more betting types will be released, but for now, we will be concentrating on the ‘Grand Final Winner’ markets. We are pretty excited to share these AFL predictions with you, so let’s get started right away.

At the time of writing, the 2020 AFL season is becoming a distant memory, but fans won’t soon forget some of the classic matches that took place. With that said, all eyes are now turning to the 2021 AFL season, and there are many exciting teams that are in with a shot of claiming that prestigious AFL trophy. Within the sections below, we will be assessing the probabilities that each of the favoured teams will end up winning, and we believe that we’ve identified a ton of value.

It would be fair to say that Geelong is a team destined for success, even though they didn’t quite squeeze past Richmond last year in the Grand Final. Still, the fact that they were involved in the final, to begin with, is an extremely promising sign, and the team will no doubt be hoping to go a step further this season. If we go from last season's results alone, it is clear that Geelong has a strong squad, and they are definitely capable of victory in the 2021 season.

This attitude is reflected among the major online bookmakers in Australia too, as Geelong is generally priced at around 7.00 right now. Naturally, some bookmakers have them listed at lower odds, and some slightly higher. Either way, Geelong is a team that has a very realistic chance of ending the season on top of the AFL, which is why they are a solid team to back. 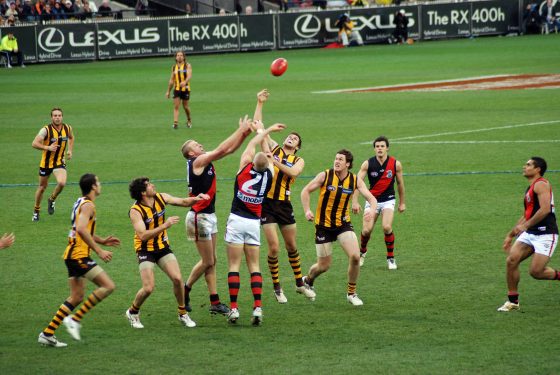 Port Adelaide is a team that has put many punters on the fence after last season's results. As you may recall, these guys absolutely obliterated the field in the regular season, and based on their form, many thought that the Grand Final winners were all said and done. However, Port Adelaide somewhat choked when it came to the playoffs, despite the fact that they are a team that boasts some of the best players in the league.

Having lost just 3 games in the entire season, Port Adelaide went and lost to Richmond, who actually finished in third place with 2 fewer wins in the regular season. With this in mind, there are still many punters across Australia who feel that Port Adelaide could once again put themselves in a position to lift the trophy. The bookmakers do somewhat share this opinion too, as the odds for Port Adelaide to ultimately win the Grand Final are around 8.00 right now.

This shows that if you were to back them and they did in fact win, you could be in a position for a rather nice return.

Out of all of the teams we have mentioned here, Brisbane was the one that showed the most consistency. These guys performed reasonably well in both the regular season and in the playoffs, but sadly for Brisbane fans, they didn’t have what it takes to go on and achieve AFL glory. This was somewhat surprising since Brisbane had the joint-best points and performances in the league, but they did lack the firepower needed to run deep into the playoffs.

With that said, if the squad has a solid pre-season and manages to figure out the obvious mistakes that were made in the playoffs, Brisbane could well surprise a few people. The team is listed at around 8.00 odds at most Aussie bookmakers, but this price will no doubt shift around quite a bit as the season approaches. We actually feel that the odds will shift lower as the season rolls around, which is why now is a great time to back Brisbane.

This list of AFL predictions just wouldn’t be complete if we didn’t include last year's victors, Richmond. The fact that Richmond managed to overcome all sorts of obstacles last season and lift the title is a major driving force for why they are tipped as favourites with the majority of online bookies. From what we’ve seen, Richmond is floating around the 4.00-5.00 range, which shows that there is a pretty solid return on the table should they go on to claim AFL glory.

When you compare the odds for Richmond with all of the other teams, they are clearly the red-hot favourites to ultimately win the Grand Finals. With that said, some punters are still claiming that last year was a one-off, especially with Richmond closing the season in third place. But whichever way you look at it, Richmond will carry the same level of belief going into the 2021 season, and they’ve already proved that they have what it takes. 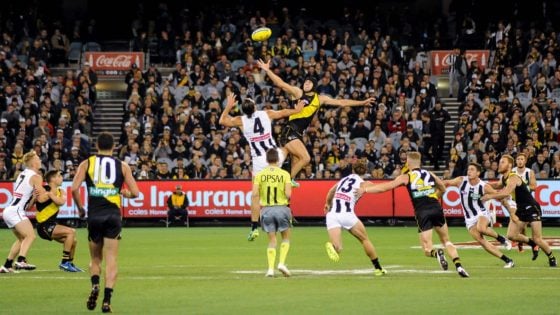 The West Coast Eagles could have gone deep into the playoffs last season, but they fell at the first hurdle against Collingwood. Many people were not expecting this result, and inevitably, this will have damaged the confidence levels of the squad overall. However, it is still undeniable that the West Coast Eagles have a strong squad that is capable of beating anyone on their day. They also have one of the largest fan bases that will be cheering them on with every play too, which is another factor to consider.

The West Coast Eagles actually achieved the exact same regular season as Geelong, who obviously went on to lose in the Grand Finals. If we work from statistics alone, this would suggest that they have a similar chance of achieving the same level of success. And the fact that these guys are listed at somewhere near 7.00 at most bookmakers means that this could be a fantastic wager to make. Of course, nothing is guaranteed, but West Coast Eagles have made it to our top 5 AFL betting tips as they clearly have what it takes to take home the trophy.

Where to get your bets placed

Before you can apply these AFL predictions to your betting activities, you need to make sure that you find an appropriate online bookmaker to bet with. The good news is that the Australian market is far from short on options in this regard, but still, there are several bookmakers that do things a bit better than the rest. This is what we’ve highlighted with the three bookmakers below, and as long as you are over the age of 18, you can get yourself set up with a brand new account.

As you may already be aware, Betfair is a brand that has stolen the hearts of Aussie punters for quite a while now. This is probably because the site offers quite a unique betting experience compared to most others, as it operates as an exchange rather than a traditional online sportsbook. To add to that, Betfair has some of the very best odds on the AFL that you can find, which is an extremely positive factor.

Much like the other two betting sites we’ve listed in this section, Ladbrokes is one that regularly lands on the radar of most punters in Australia. The brand has a terrific reputation, there is no denying that, and of course, Ladbrokes provides members with access to betting markets for just about every AFL game that is played throughout the season. Right now, the only markets on offer are the futures markets, but many more will materialize once the season kicks off.

The final brand we wish to mention is Neds. These guys have built up a solid reputation for its racing markets, yet it is a site that is also ideal for AFL betting. Neds regularly provides great betting odds and a very diverse range of wagers that you can place. This is why the site is exciting and potentially rewarding for you to use. To add to these offerings, Neds has a great mobile app that can be downloaded for iOS and Android, and the site is super simple to actually navigate and use.

IPL betting tips: Get the best predictions for the 2021 season