Tottenham Hotspur are looking to make the step up from perennial Premier League title challengers to champions. With a young squad, the natural progression of their existing crop should enable further improvements in the coming seasons. However, in certain areas, additions are needed.

Harry Kane could do with support up front, particularly as Vincent Janssen has yet to truly convince as an alternate at centre-forward. Meanwhile, should Mauricio Pochettino continue to utilise a back three, an extra centre-back wouldn’t go amiss. Also, if Kyle Walker moves on, a replacement right-back is a must.

However, of all the recent Tottenham transfer targets doing the rounds, one of the most persistent rumours involves Sporting Lisbon’s Adrien Silva.

A central midfielder by trade, the 28-year-old wouldn’t appear a necessity for Spurs because of his position. They already have plenty of quality in this area in the form of Mousa Dembélé, Victor Wanyama and Eric Dier, as well as the promising Harry Winks.

However, according to Portuguese outlet Record, Silva is wanted by Tottenham and – despite having a release clause in his contract of around £39.5million – could be allowed to leave for a transfer fee of £26million.

Here, Football Whispers analyses what he would bring to Pochettino’s midfield, comparing him stylistically and statistically to Dembélé, Wanyama and Dier, before assessing whether he’d be a worthwhile signing. 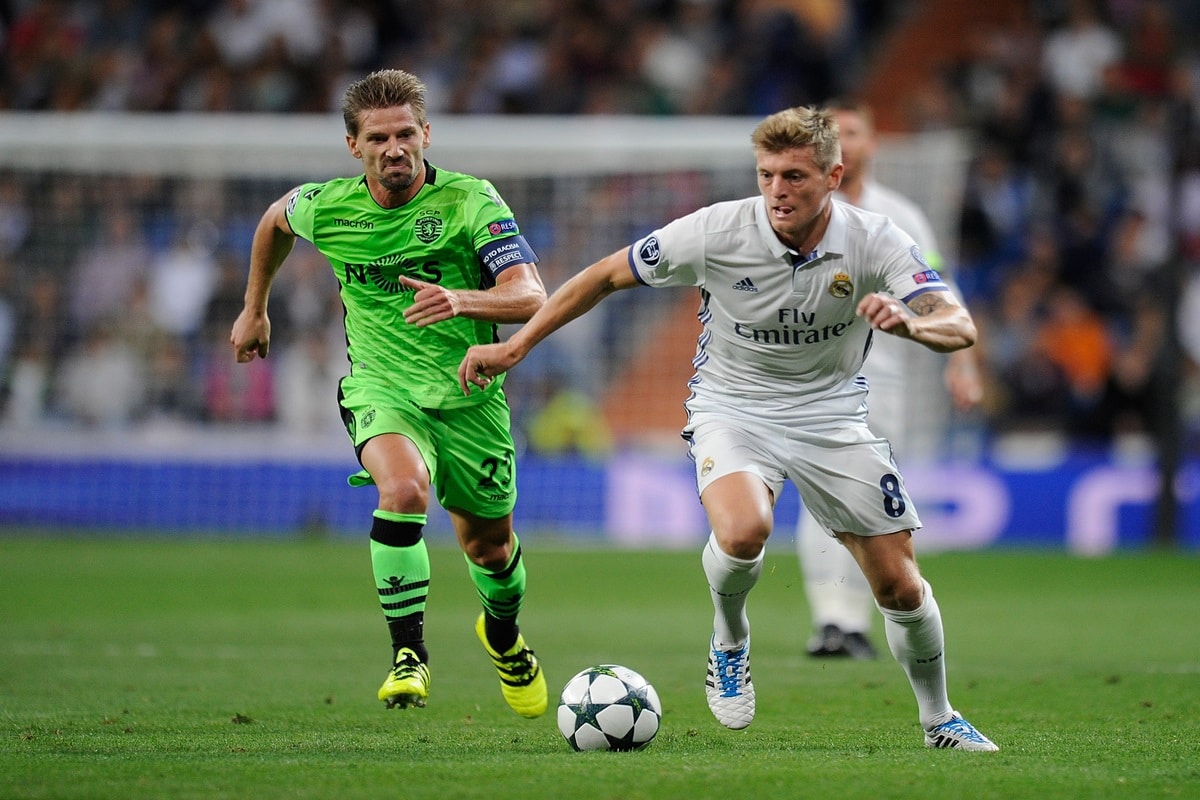 Silva is a multi-faceted midfielder, though he is perhaps at his best without the ball at feet. In the defensive phase he is an aggressive operator who often pushes up to lead the press and harry opposition ball-players in the early stages of their build-up.

While he is comfortable doing this, the Portuguese international – who has 19 caps for his country – is also capable when tasked with retaining his position in the midfield line and supporting team-mates when they go to press. He reads the game well and shows a good understanding of his place within the system.

By comparison, Wanyama is an equally aggressive midfielder, albeit the Kenyan is more rugged and forceful. He doesn’t just move quickly to press, but he relishes one-on-one duels, where he can use his physical power to stop opposition attacks.

In Dembélé and Dier, Tottenham have other physically imposing midfield players. However, while the latter is an intelligent and committed defender who excels on the ground and in the air, the former is less active in the defensive phase.

Standing at just under 5ft10ins, Silva is a diminutive midfielder compared to Spurs’ current first-choice central midfield trident. However, he is a canny defender, something shown by the fact that – despite playing for a team that averaged more ball possession – he made more tackles and interceptions per game last season than Wanyama, Dembélé or Dier.

Due to his aforementioned slight build, Silva cannot rely on sheer strength to retain possession when under direct pressure. In addition, he is not particularly fast or skilful. Instead, he makes good use of excellent ball control, a low centre of gravity and quick thinking to evade markers.

He also has good spatial awareness and takes up positive positions in his team’s build-up, moving to ensure he can offer his deeper team-mates a viable forward pass.

Silva tends to occupy similar spaces to those Dembélé and Wanyama take up within the Tottenham system when building possession, ahead of the defensive line. However, the Spurs pair operate differently in this area, using physique to resist opposition pressure and retain the ball.

In terms of movement and intelligence in this phase of play, the Sporting Lisbon man is perhaps more similar to Dier, who often moves to make space rather than relying on his 6ft2ins frame. However, the Englishman’s movement is different – he often drops deep into the defensive line to progress play out from the back.

Statistically, only Dier bettered Silva’s 54.8 passes per game last season, but the Portuguese’s pass success rate of 84.3 per cent was lower than any of Tottenham’s current central midfield crop.

Silva is an efficient if unspectacular distributor of the ball who doesn’t frequently play incisive balls. Instead, he often keeps possession going with short and sideways passes. While comfortable with the ball at feet, he doesn’t appear to possess much variety or imagination.

In this respect, he is quite similar to Wanyama, a simplistic passer who often looks to lay the ball off to a more adventurous team-mate. By contrast, Dembélé is an exquisite technician and superb dribbler who often looks to break the lines by simply driving through with the ball at feet. Dier is capable of similar forward surges, though he generally specialises in longer range passes.

Silva’s ability to progress attacks is generally limited to passing. Last season, he averaged 0.8 key passes per game, which was more than all of Tottenham’s central midfielders bar Wanyama. However, in terms of dribbles per game, both Wanyama and Dembélé averaged more than he.

WOULD SILVA BE A GOOD SIGNING FOR SPURS?

While Silva would add defensive nous to Spurs’ midfield, it could be argued that – with Dier and Wanyama already available – this is not an absolute necessity for the club this summer. At 28 years of age, he is at his peak, but he lacks the uniqueness or quality on the ball to genuinely improve upon Pochettino’s existing options. 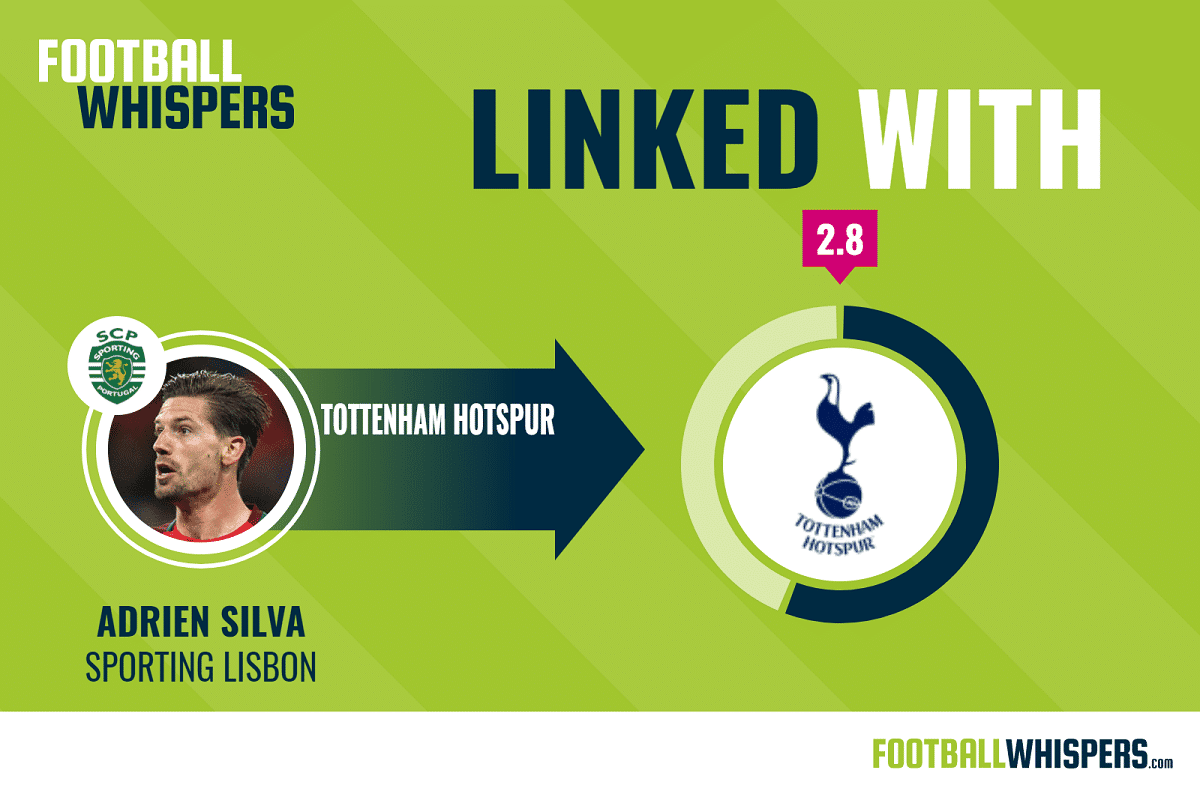 While £26million is not an extravagant amount to spend on a player in today’s transfer market, it’s still a hefty amount to pay for someone who won’t necessarily start or bring anything new to the team. For that reason, Tottenham may be better off reallocating the money to other areas of their squad.