It is too simplistic to suggest that Slaven Bilić's decision to drop Darren Randolph in favour of Adrián is the reason for West Ham United keeping two clean sheets in as many games – yet it can't be a coincidence either.

The final straw for Bilić was Randolph's woeful display in the 2-2 draw with Championship-bound Sunderland last month. The Republic of Ireland international was culpable on both goals as the Blacks Cats came from behind to snatch a draw at the death.

For the first Randolph was bullied by the – admittedly imposing – frame of Victor Anichebe, allowing Wahbi Khazri to score directly from a corner. Then, in the 90th minute, Randolph dropped a long ball forward, flapped as he tried to atone for his error and ultimately allowed Fabio Borini to drill home from the edge of the box.

Bilić had seen enough. By the time the Hammers hosted Everton the following weekend it was Adrían back between the sticks. A clean sheet and a point against side West Ham have only beaten five times since 2007 was the result. The Spaniard followed that up with another shutout at Stoke City last weekend.

It has been a season of regression for West Ham and the Hammers' dismal defending and suspect goalkeeping have added to Bilić's woes.

read more: time for west ham to cash in on winston reid

West Ham's problems between the sticks are nothing new. They have been allowed to manifest since Randolph joined from Birmingham City on a free transfer in the summer of 2015.

He arrived at Upton Park off the back of a season where had kept 12 clean sheets for the Blues and been an important part of a side which finished tenth after an impressive upturn in form under Gary Rowett.

Signed to provide competition for first-choice keeper Adrián, Randolph had to bide his time initially and was limited to four outings before January. But he finished the campaign with 13 appearances in all competitions.

Unhelpfully, though, he only played in consecutive matches in two three-game streaks. The rest of the time he was in and then out again – far from ideal for a goalkeeper trying to build form. 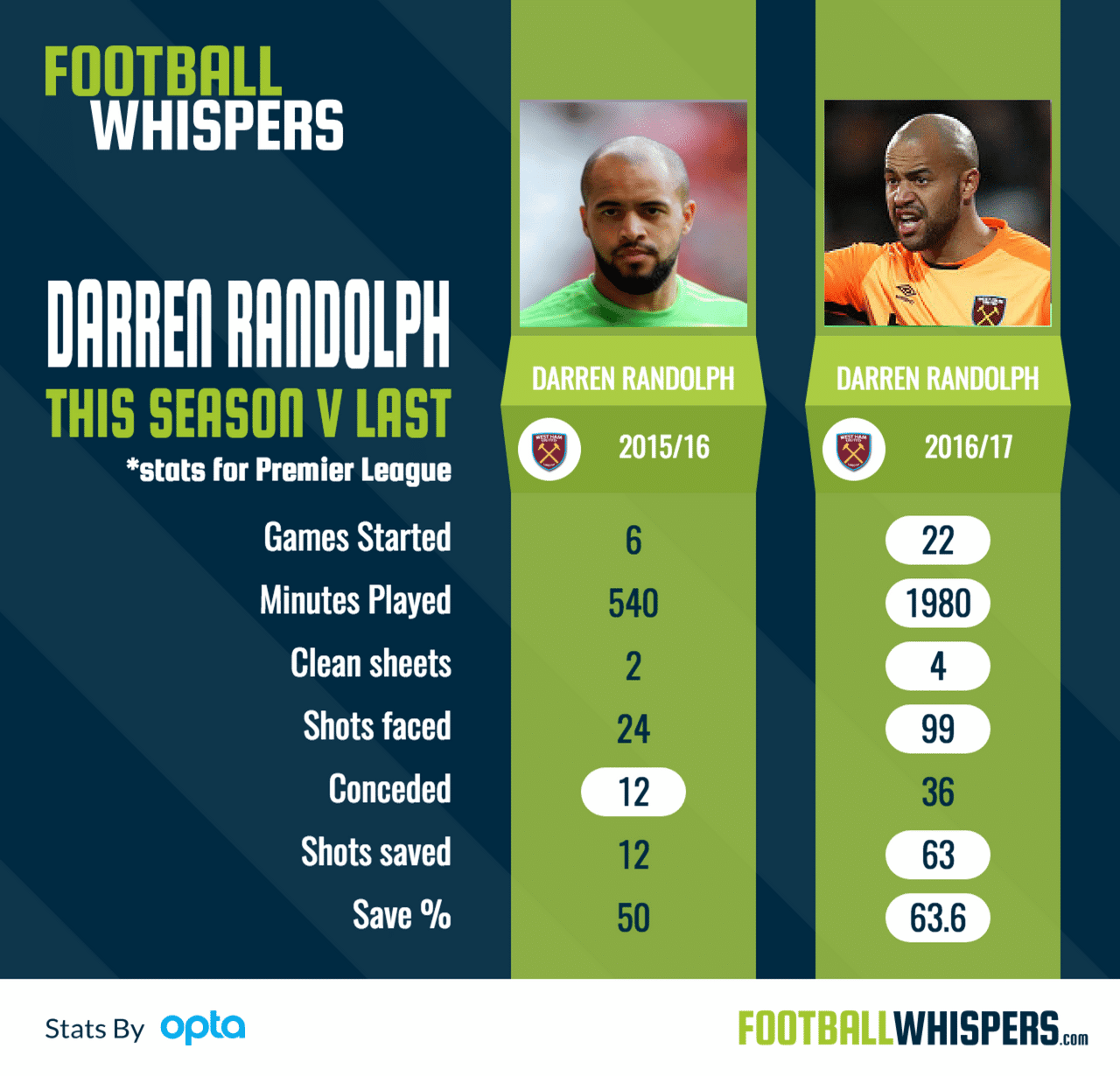 It has been altogether different this term, however. Randolph started the season as West Ham's cup keeper and had to wait until November for his first Premier League appearance – a 3-2 defeat at Tottenham Hotspur.

Despite coming under scrutiny this season Randolph's save percentage for the current campaign is bar better, saving 63.6 per cent of shots faced compared to last season's 50 per cent.

What those statistics don't tell you about are the errors the 29-year-old has made in the build-up to goals. And there have been more than the pair against Sunderland. 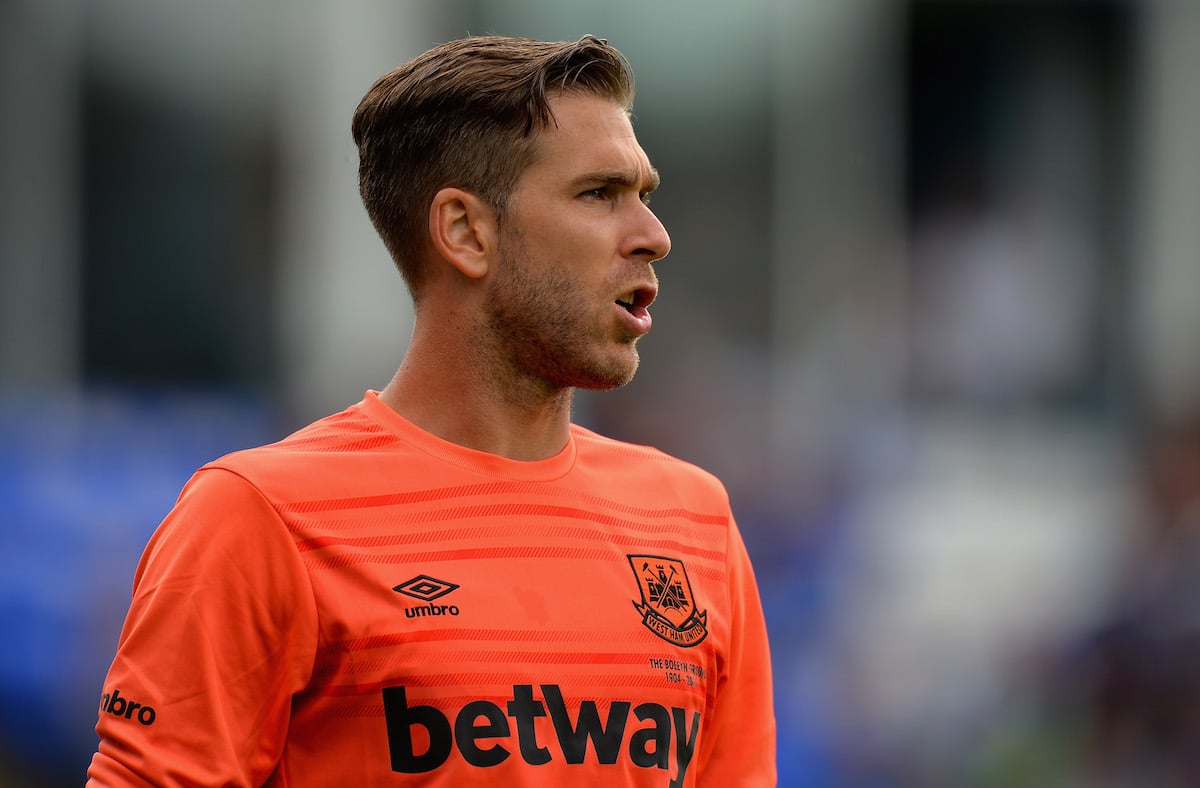 Speaking to West Ham's website following the draw at the Stadium of Light Bilić threw his full weight behind the under-fire Randolph.

“Some journalists asked me about whether I am going to change my goalkeeper again after Saturday's game,” he said.

“I told them I don’t like to change goalkeepers on a game-to-game basis. Darren Randolph had been waiting for his chance for a long time, and he has done well for us.

“We have to stay behind our players, especially goalkeepers, so that’s it.”

Except it wasn't. Randolph was out of the side for the visit from Everton and Adrián thrust back in. The Spaniard, who is out of contract at the end of the season, was taken out of the starting XI after shipping 21 goals in 11 Premier League games.

But only a couple of those, most notably in the 1-1 draw against Stoke City where he charged off his line allowed Bojan to lob him, were Adrián's fault.

More often than not the Hammers' backline have made life easy for the opposing side and are particularly susceptible down the channels with the majority of goals coming from cut-backs into the penalty area.

For example, in the game against Manchester United in the EFL Cup, a match the Hammers lost 4-1, Adrián was left with no chance for three of the four goals thanks to the Hammers' defending. 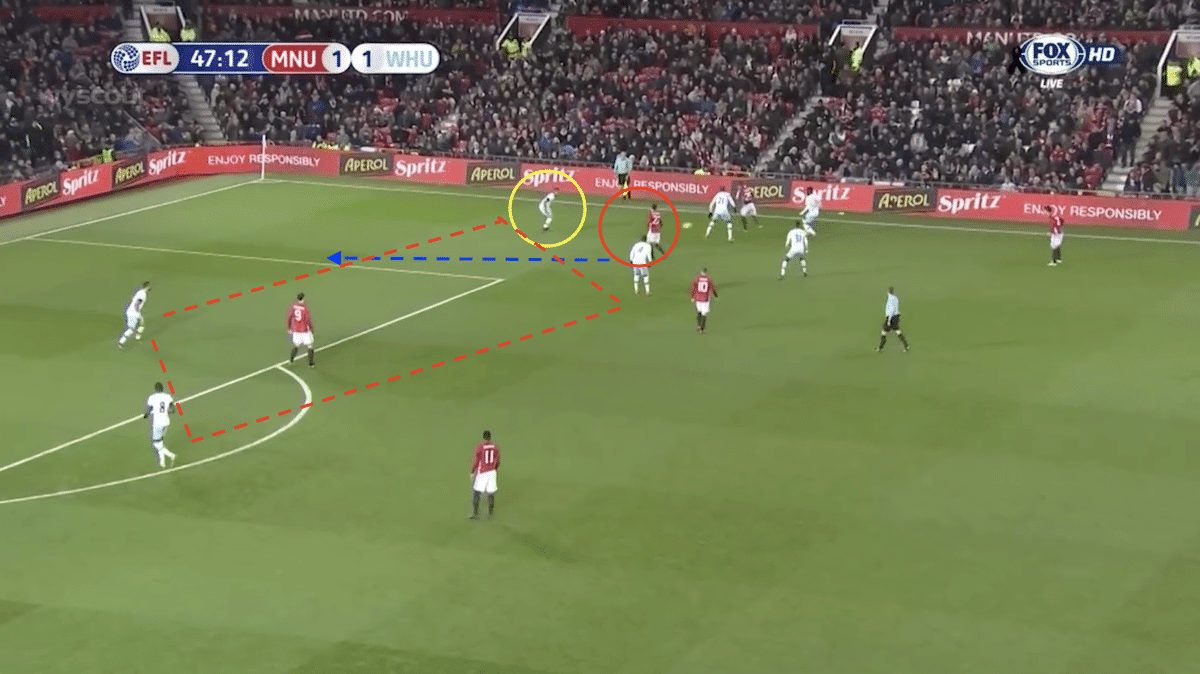 Henrikh Mkhitaryan (circled in red) is allowed far too much space to dart down the line where West Ham's centre-backs have been stretched. Winston Reid (circled in yellow) is caught napping and the Armenian crosses. 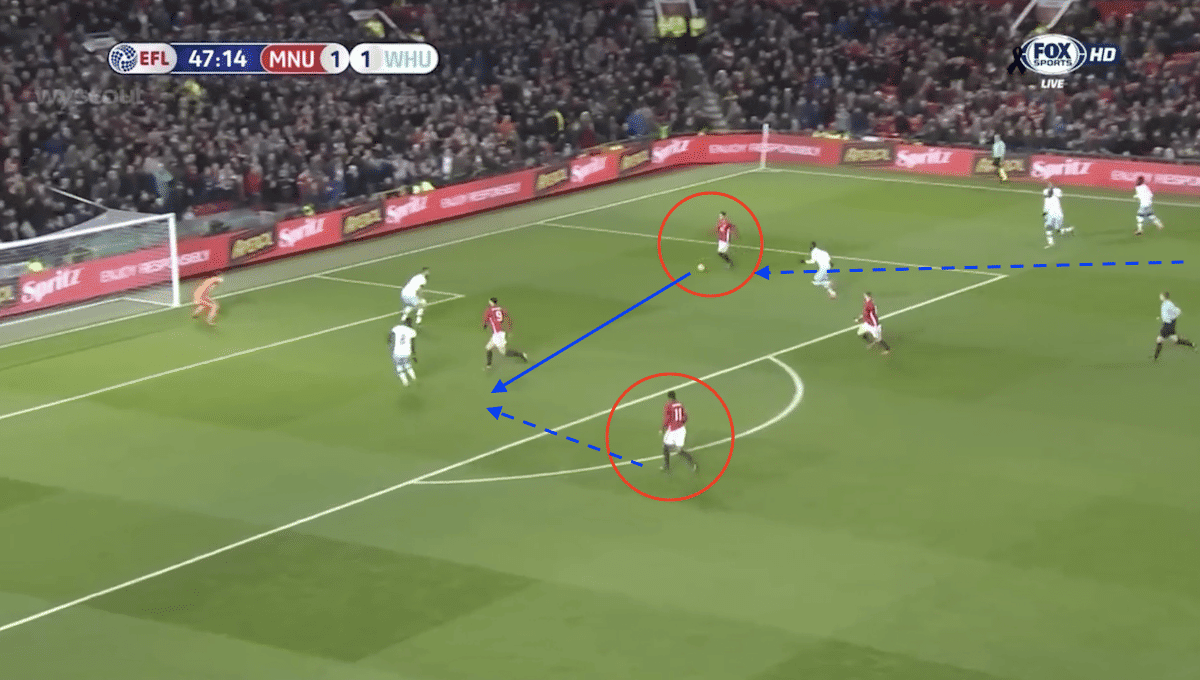 Anthony Martial (11) is allowed to advance into the penalty area unnoticed as West Ham's two defenders nearest the goal are both more concerned about Zlatan Ibrahimović than the two players lurking on the edge.

Earlier in the season, at Manchester City, it was the same story. David Silva (circled in red) has possession and immediately sprays wide for Nolito. In the mean time Raheem Sterling is in a frankly ridiculous amount of space and makes a beeline for the penalty area. 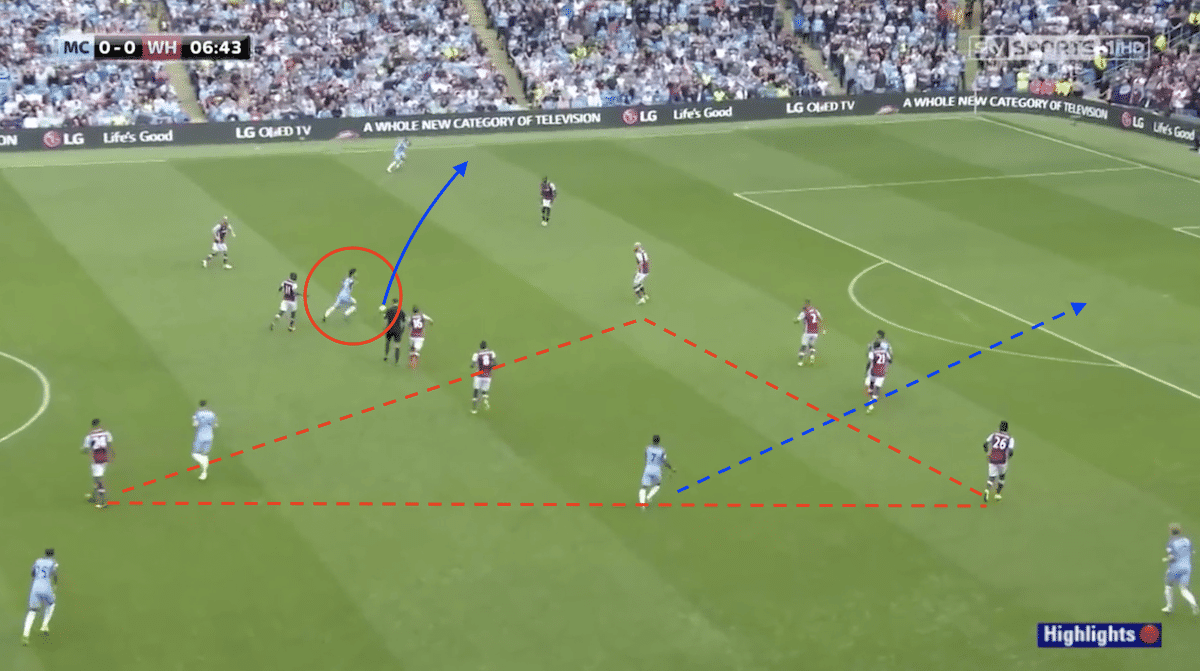 Sterling duly arrives and Nolito's cutback is perfectly weighted for the England winger who slots home with ease to put City ahead. 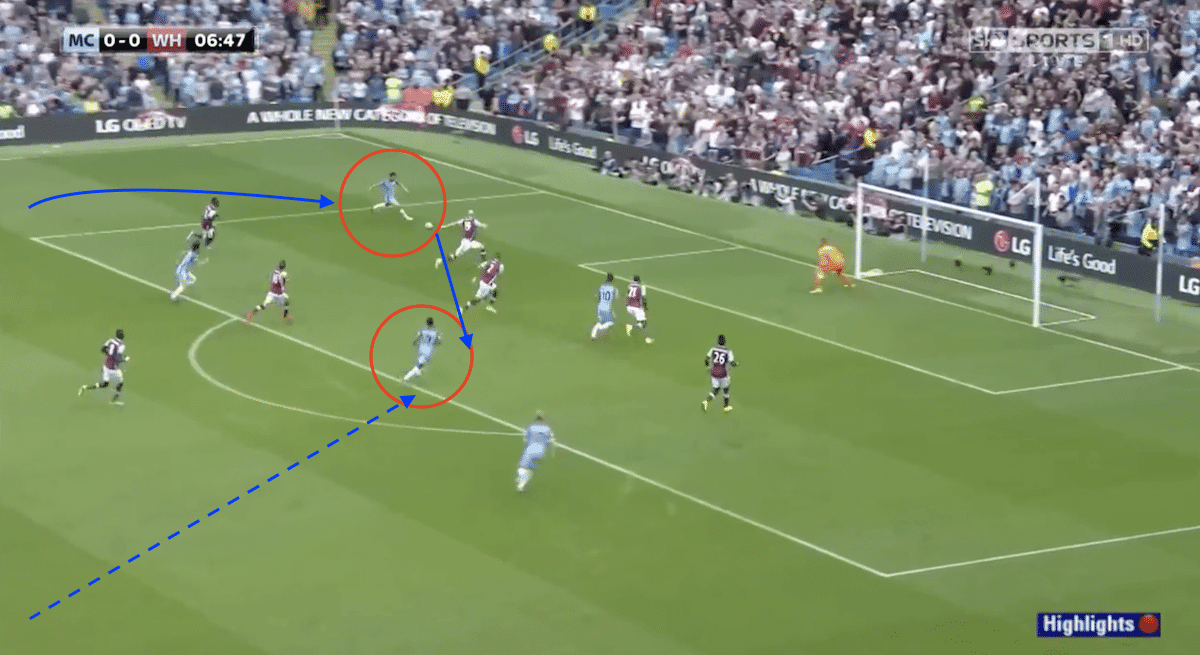 Perhaps, on that evidence, Adrián has been hard done by. He has not been without errors but the 30-year-old has been given little protection, at best, by those in front of him.

With his contract up and Randolph having been Bilić's preference throughout much of the campaign a new goalkeeper will have to be top of the Croatian's shopping last this summer if Adrián – who is reportedly wanted by several La Liga clubs – is allowed to leave the London Stadium.

But that would be a grave error on West Ham's part. Adrián had been one of the better keepers before last season and the constant chopping and changing, on top of the feeble defence in front of him, have left him the fall guy until now.