“It is one of the most unusual situations I've been in where we have got some deals for him but he was adamant he chose Germany,” Sam Allardyce Derby County in January 2018.

“We tried to persuade him not to because I think it is a big challenge for his development. His stubbornness meant he got his own way. I hope he proves us all wrong.”

Lookman did just as Allardyce hoped, netting five times in seven starts and four substitute appearances for Die Roten Bullen, including a late winner off the bench on his debut against Borussia Mönchengladbach. In doing so he became the Bundesliga's first English scorer since former Bayern Munich star Owen Hargreaves in 2005. 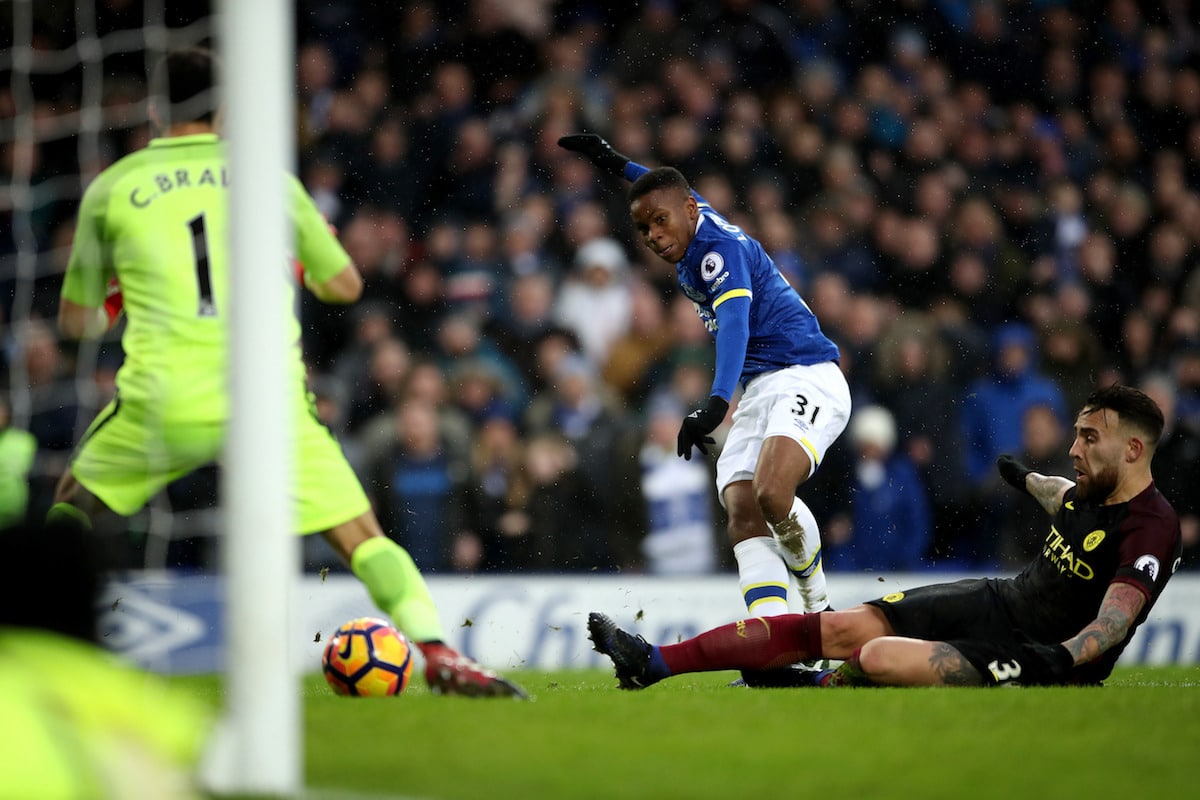 However, infamously, Lookman was almost denied the opportunity to make his match-winning introduction to life in Germany.

He was lucky I didn’t take him off again,” RB Leipzig coach Ralph Hasenhüttl told Sky Sports afterwards. “He only brought one pair of boots with him from England and he was sliding around all over the pitch.”

But by the time Lookman returned from the Bundesliga Allardyce had left Goodison Park, replaced by Marco Silva. The Portuguese might not share much in common with the former England boss but he too had little faith in the 21-year-old who had to wait until December 5 for the first of just three Premier League starts last season.

By January fresh rumours of a return to Leipzig had emerged. But Lookman remained on Merseyside and finished the campaign with 24 appearances in all competitions – just six of them starts. It was evident he was not Silva's cup of tea.

Now, according to BBC Sport, the winger-cum forward is on the verge of rejoining Leipzig permanently in a deal worth £22.5million. Not a bad profit on a player who cost an initial £7.5million from Charlton Athletic in January 2017.

But have the Toffees decided to cut their losses too soon?

Lookman evidently has something and Leipzig, for all their detractions, have a record of finding and rough diamonds and polishing them up – Naby Keïta being the most famous example. 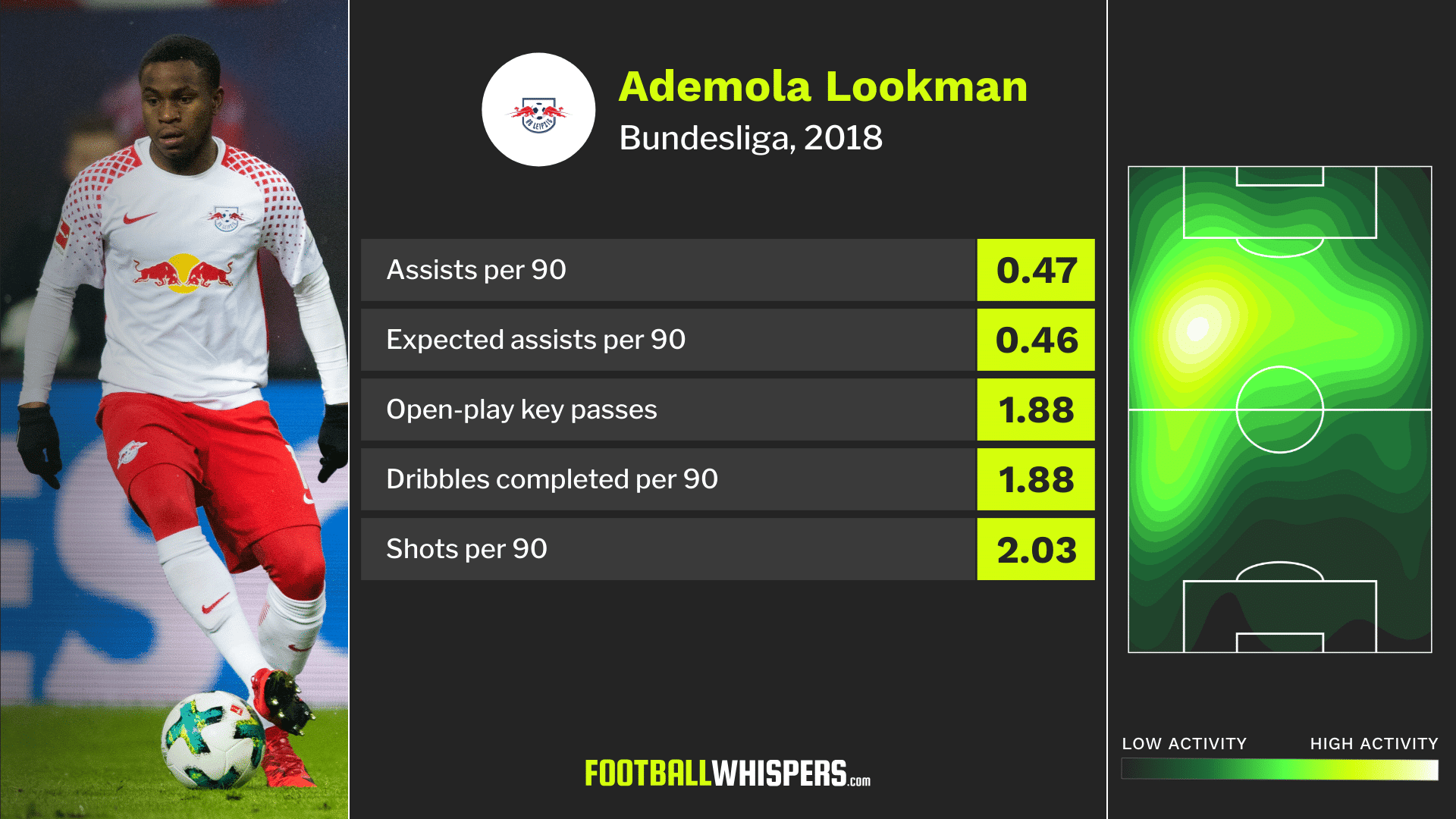 Lookman's Everton career promised so much more. On his Premier League debut the electric forward scored an unforgettable goal in a 4-0 rout of Manchester City.

Controlling the ball after it ricocheted off Séamus Coleman, Lookman strode on and hammered the ball low past Claudio Bravo to complete the rout with the unerring manner of a seasoned Premier League forward.

Those figures are somewhat enhanced by the fact he only played 575 minutes across 11 appearances for Leipzig but speak of a bold attacker with creative flair and, most importantly, an end product.

There is a clear belief in the forward's ability in Leipzig, too, something evidently lacking at Goodison Park where Allardyce's use of the fleet-footed forward amounted to two appearances, both as a substitute, before  sending him out on loan.

“What we saw on the goal – it’s exactly what I hoped for from him,” Hasenhüttl said following Lookman's debut for Leipzig. “He has real quality one-on-one.”

Unsurprisingly, Hasenhüttl was linked with a reunion at new club Southampton earlier in the summer but reported interest has not manifested itself in the form of a bid.

It's hard to draw too much of a conclusion on Lookman from his limited time in the Premier League – which stands at just 1,042 minutes across his two-and-a-half seasons with the Toffees. Last term was his most prolific to date in terms of involvement, clocking 601 minutes in the Premier League.

But even then, Everton boss Silva remained unconvinced by the youngster. Speaking in March, the Portuguese lifted the lid on the forward's lack of involvement, telling the Liverpool Echo: “He has to be the same Lookman every day.

“He needs to understand what the coach wants coming from him, and any winger in our model, because, after that, the quality he has.

“He is a young football player but, being honest with you, I expect Ademola to be on a different level already this season.”

Silva went on to cite Lookman's defensive work-rate as a factor in his decision to omit him from the side for games against the Premier League's top six.

Interestingly, though, the England Under-21 international actually ranked third among Bundesliga attackers for possessions won in the middle third during his stay in Germany (3.28 per 90), suggesting there is a defensive side to his game which has evidently not been on display since Silva took over the Toffees.

With Richarlison starring since his £50m switch from Watford and Bernard and Dominic Calvert-Lewin for company as left-sided attackers, Lookman's chances of sustained minutes at Goodison Park in 2019/20 look no better than last season – particularly if one of Moise Kean or Mario Mandžukić sign to take the centre-forward's role.

Moving Lookman on for more than twice what he cost the club two-and-a-half-years ago looks like good business on paper. But Everton could live to regret their lack of patience.