Football is perpetually changing and because of this it means players are forever having to evolve just to stay relevant.

It's very rare that fans of the beautiful game get to see specialist players at the top level these days, and that's due to many of the top coaches wanting flexible and versatile players. Modern managers don't want to waste substitutes and so set up their team with those capable of playing in a variety of roles – which, by default, makes in-game changes much easier and saves subs for key situations.

The last remaining specialist position in football was the goalkeeper, but over the past decade or so even that has been tweaked as managers look to create any advantage possible to win. It's lead to a shift in what the player in the gloves is being tasked with bringing to the team. Instead of exclusively preventing goals, the new breed of sweeper keepers are now there to have an impact on the attack too.

Goalkeepers are now judged on their ability with the ball at their feet and the quality and speed of their distribution. They can be viewed as an auxiliary centre-back, tasked with being a key part in building out from the back. Just being a solid shot stopper doesn't quite cut it for the top teams anymore – leading to some big name casualties.

Pep Guardiola famously discarded long-term Manchester City custodian Joe Hart over the summer. The British media have been up in arms, with many journos claiming that the England No1 deserved more respect. 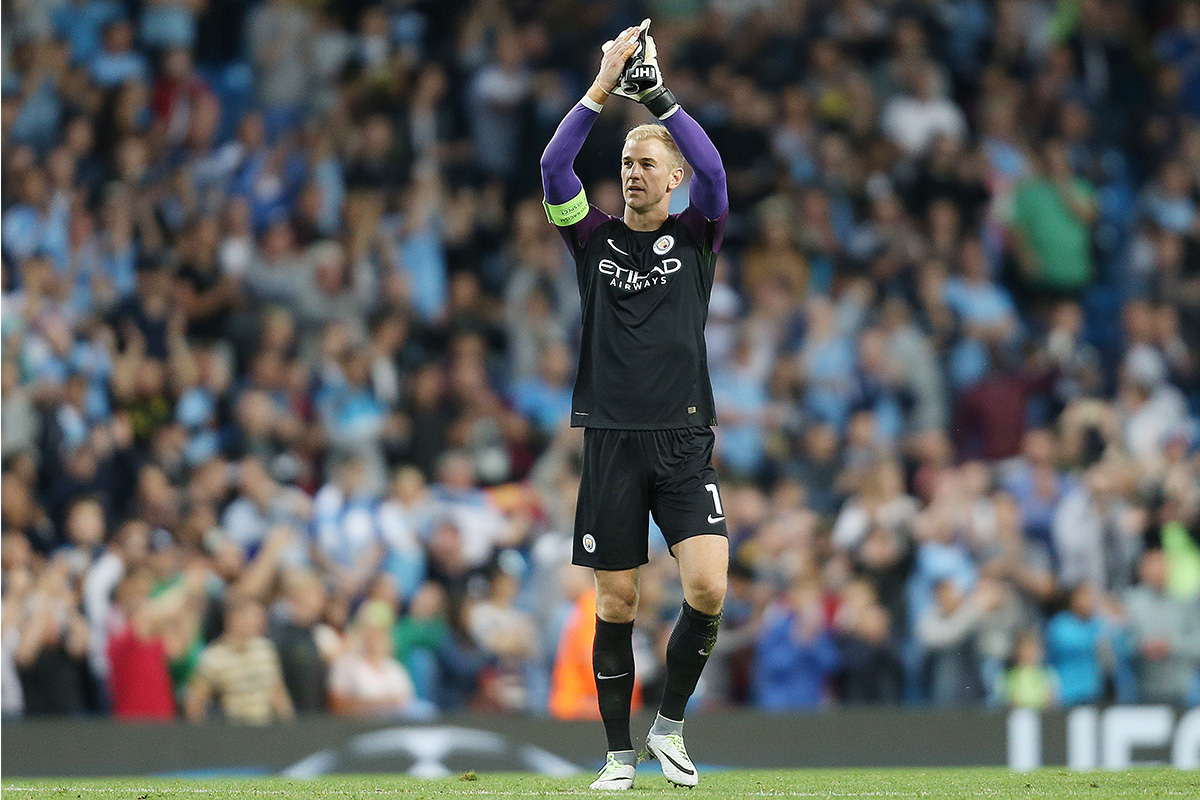 But multiple title-winning coach Guardiola has shown time and again that there is no room to let the grass grow under your feet in football. His clear game plan requires a particular type of goalkeeper, so why should loyalty get in the way of progression? Hart has shown his limitations with the ball at his feet for club and country so, while he may be one of the world’s best shot stoppers, his skill set simply does not serve the City manager's requirements. It is, quite rightly, all about functionality.

Guardiola replaced Hart with Barcelona’s Claudio Bravo, with City paying £17 million for the 33-year-old. The size of the fee certainly raised a few eyebrows in the game – for a player in his advancing years and with cheaper alternatives on the market. However, Bravo spent two years playing for arguably the purest football playing team in the history of the game at the Nou Camp. A dropped cross on debut in the Manchester derby aside, his pros look sure to far outweigh the cons at City this season.

Similarly, Liverpool signed Loris Karius from Mainz 05 in May as the club looked to improve on its current incumbent between the sticks, Simon Mignolet. The Belgian keeper signed for Brendan Rogers' Liverpool in the summer of 2012. However, efforts to coerce the new man to embrace a more proactive style had a negative impact on his form.

Hours of work on the training field are required to adjust a goalkeeper's starting position, which then has a knock-on effect on their angles as well as basically reprogramming their whole style. A manager asking a goalkeeper to play through the high press can be an alien concept, going against years of seeking out Row Z.

All the while a keeper is learning on the job. It’s a risk that not many managers want to take. Asking a 25-year-old – as Mignolet was on his arrival on Merseyside – to completely change his game overnight was always perhaps optimistic on Rogers part. 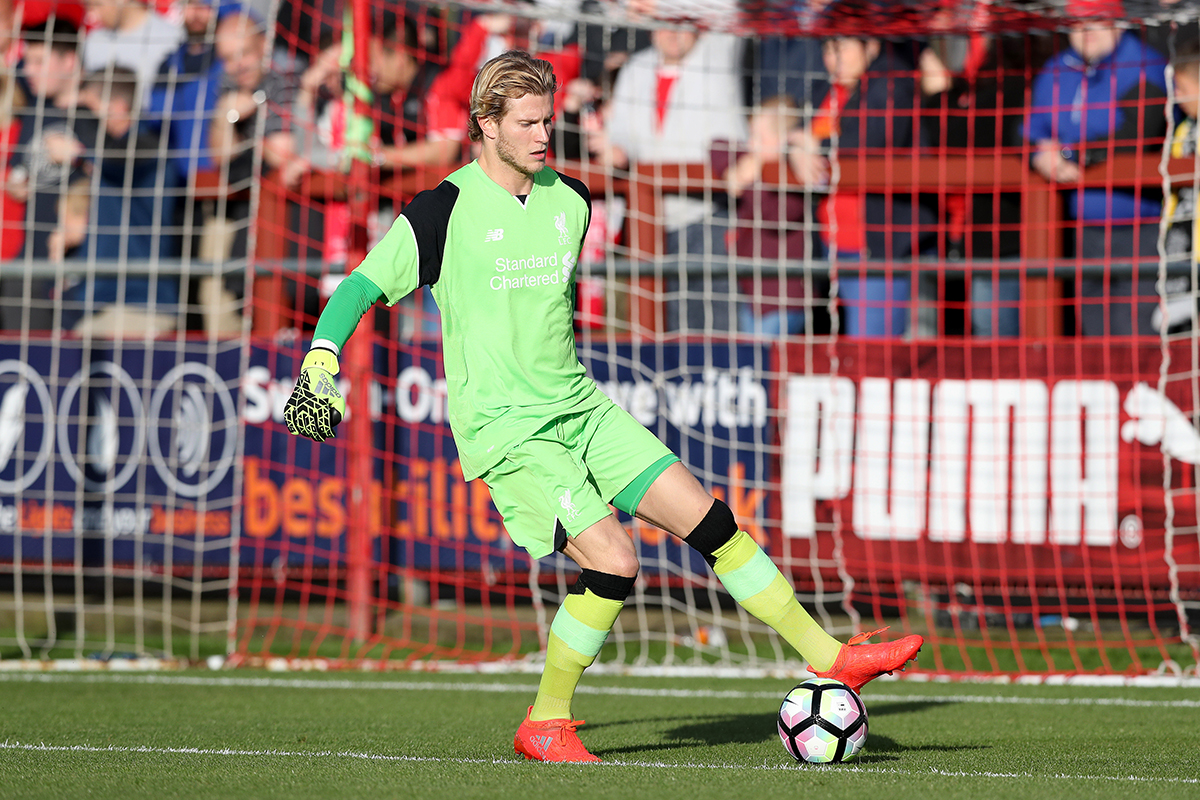 Challenger to the gloves at Anfield Karius looked set to start the season as first choice under Klopp, but a broken hand meant he only made his debut for the Reds against Derby County in the EFL Cup midway through September – keeping a clean sheet in a 3-0 win.

Although he wasn’t really tested that night, the 23-year-old German showed signs of why his boss signed him as he looks to implement a high press. Karius looked natural and confident on the ball as he passed out from the back under pressure. Adopting a high starting position, he quelled one Derby goal scoring chance by rushing out of his penalty area to stop Darren Bent when he was through one-on-one.

With so many teams now adopting a possession-based style the demand for ball playing, confident goalkeepers is on the rise and it means the cost of these players will start creeping up. People do still try to belittle the impact a keeper has on the team, in terms of attacking, but recent years have heralded a marked improvement – think of the likes of Barcelona's Victor Valdes, Claudio Bravo and Marc-Andre ter Stegen; Bayern Munich's Manuel Neuer; and Pepe Reina at Liverpool. Much like the outfield players, if you identify the right profile then the entire team benefits.

With this in mind, managers are increasingly sacrificing better goalkeepers for goalkeepers better suited to their style. Will teams start turning outfield players into goalkeepers in the youth academy so that they really do have eleven footballers on the pitch? Who knows. However, as the old guard of No1's are finding out, now is the time to adapt or perish.