Time waits for no man and if anyone can vouch for that, it's Liverpool midfielder Adam Lallana.

As recently as 2016, Lallana was voted England Player of the Year. Granted, it wasn't a vintage year as the Three Lions crashed out of the European Championships to Iceland, but he took 39 per cent of the vote after scoring against Slovakia, Scotland and Spain.

That was four years ago, though. Lallana has won just five caps since – the last of which came in 2018 – and managed just nine Premier League starts in the last three seasons. For someone so long thought of as a young player despite his age, Lallana has very quickly reached 31. In fact, will be 32 on May 10.

This summer he will be out of contract at Liverpool. The expectation is he will leave Anfield in search of regular first-team football. Like Daniel Sturridge and Alberto Moreno 12 months prior, he will do so to much fanfare and eulogising. And, bar an almighty collapse, he will do so a Premier League champion too.

A veteran of the Brendan Rodgers days, the Reds have simply moved on without Lallana.


But that doesn't mean the former Southampton captain is washed up. Far from it. He has remained involved in Jürgen Klopp's squad when fitness has allowed it and scored his first Premier League goal since May 2017 – a priceless equaliser as the Premier League champions-elect drew 1-1 at Manchester United in October.

And Klopp was typically, well, Klopp in his post-match comments following Lallana's late intervention at Old Trafford – the only blot on the Reds' otherwise faultless record in the Premier League this season.

“This weekend we had a long talk in general about our situation, and he is completely relaxed and fine and knows how difficult it is at the moment to come into the team.

“But he just trains well and he deserved that; it was 25-30 minutes and he had a proper impact. Then scoring a goal… wow! That was really, really nice.”

The German has long been an admirer of Lallana and it's little wonder the pair are close – they are neighbours, after all. That geographical quirk has led to some tongue-in-cheek jibes about Lallana being the teacher's pet but the truth of the matter is his popularity is down to what he offers – beyond putting the boss's bins out.

Versatility is a big part of Lallana's appeal. He has played in virtually every midfield role since moving from the South Coast in 2014 and in pre-season Klopp tried the St. Albans native out in the No.6 role at the base of midfield. 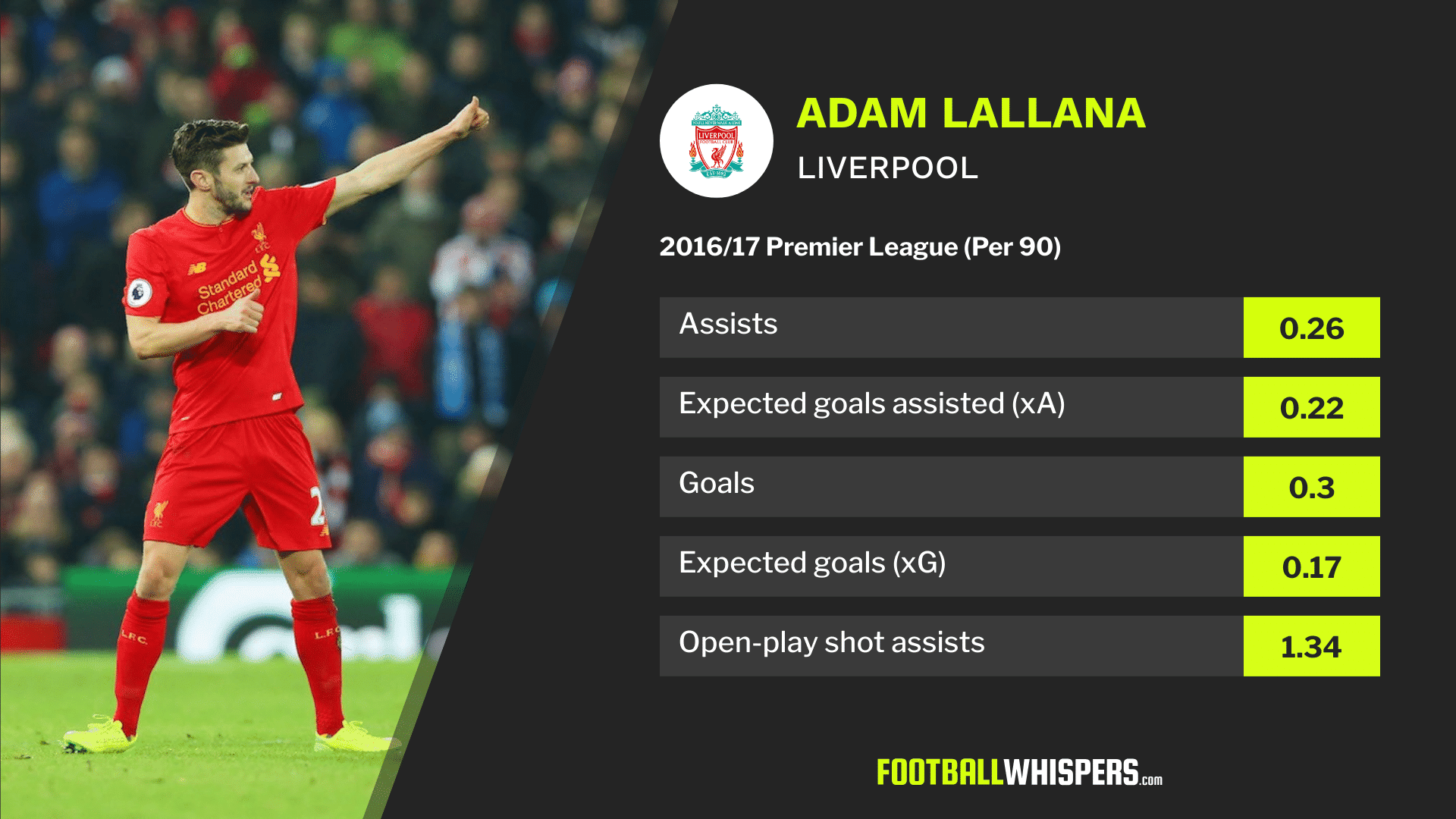 His real qualities, though, lie in his ability to pop up in space, pick passes and create goals. Lallana's off-the-ball work often goes unnoticed by neutrals, but not by Liverpool players, fans and staff. It's a combination of those qualities which mean he won't be short of offers this summer.

Leicester City were first to be linked with a pre-contract agreement and the chance for Lallana and Rodgers to work together once more. It was the Ulsterman who paid £25million to bring him to Anfield six years ago, a fee which, for a time, weighed heavy on his shoulders.

Rodgers was quick to deny interest in his former player, saying: “I’ve seen a lot of stuff around Adam and that we’ve approached Liverpool, which isn’t the case.”

However, speaking earlier in the month, the Leicester boss was more fulsome in his praise. “Adam is a fantastic player and one I brought into Liverpool,” he said,

“I have been aware of his talents since he was a young player at Southampton. He’s at the stage where he’s done brilliantly there and I’m sure he’ll be weighing up his options.”

Among those options are said to be former side Southampton. The Daily Express claims West Ham United, Tottenham Hotspur and Arsenal are also keen on the Liverpool No.20.

Leicester, though, would be the perfect fit for all parties. All being well, the Foxes will be able to offer Lallana Champions League football next season, as well as the opportunity to link up with Rodgers once more.

For his part, Lallana could play as an eight-and-a-half in a three-man midfield, further forward as a No.10 or an inside forward or even, as Klopp pondered last summer, at the base of midfield alongside destroyer Wilfred Ndidi.

His experience at the top table of European football could prove invaluable to a young Leicester squad, the majority of whom would be considered Champions League rookies – even those who were part of the 2016/17 team which reached the quarter-finals before narrowly being eliminated by Atlético Madrid.

At 31 and considering his chequered injury record in the last few seasons, it's unlikely he'll play every week. But that's fine, too, because with James Maddison, Ayoze Pérez, Harvey Barnes and Demarai Gray all competing for places behind Jamie Vardy, the Foxes are well-stocked in attacking areas.

It has been a tough few years for Lallana but, like Rodgers, he could find himself revitalised away from Anfield yet richer for his experience there.